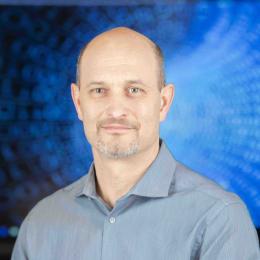 Jim’s current role is Director of Electronics & Sensing at GE Research. He leads a team of 130 scientists and engineers covering a technology span that includes semiconductors, microelectronics and packaging, photonics, microsystems, and microfabrication tools and processes.  He is responsible for managing all aspects of electronics and sensors technology development at Global Research and helping to drive strategic technology planning for the GE businesses.

Since joining GE Research in 1999, Jim has made key contributions including leading the business's computed tomography detector development program and subsequent transition of that technology to the GE Healthcare business unit. This technology was the critical enabler for the successful LightSpeed VCT product introduction. Jim was promoted to Manager, Detector Technology Lab in 2001. In 2005, he became Manager of the CT Systems Lab, which was later expanded in 2007 to include X-Ray Systems. In 2008 Jim was named Manager of the Thin Films Laboratory where he played a critical role in transitioning digital X-ray technology and manufacturing to a new GE Healthcare production facility, and was a driving force behind the development of GRC’s cadmium telluride thin film solar team, including establishing multiple world record cell efficiencies. In 2013, Jim transitioned into a Business Portfolio Leader role, overseeing a ~$20M portfolio for GE’s Oil and Gas business units.  In this role, he was the primary interface between Global Research and the O&G teams with a mandate of ensuring R&D program relevance and accelerating technology adoption.