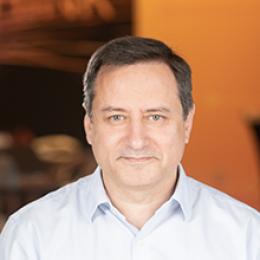 Carlos is currently the Semiconductors Technology Manager in the Electronics Organization at GE Research. Carlos joined GE in 2006 as a Physicist and, over the past 12 years, he has worked on crystal growth of semiconductors, photovoltaic technologies, radiation detectors, and manufacturing of SiC MOSFETs.

Prior to joining GE, Carlos served as an Assistant Professor of Materials Science and Engineer at Stony Brook University working on novel methods to control the synthesis of wide-bandgap semiconductor nanostructures. Earlier in his career, he led the R&D operations of a start-up company, pioneering the development of a commercial native substrates technology for nitride-based semiconductor devices

Carlos received his BS and PhD in Physics from the Autonomous University of Madrid, Spain. After graduation, he worked as a postdoctoral fellow in the University of Minnesota’s Army High Performance Computing Research Center developing massively parallel finite-element-method algorithms to study the manufacturing process of single crystals.

At GE Research you can find yourself contributing to develop technologies that can help doctors save the lives of patients, transform the way the world will generate power in the future, and enable the next generation of aircraft propulsion….. all in a single day!