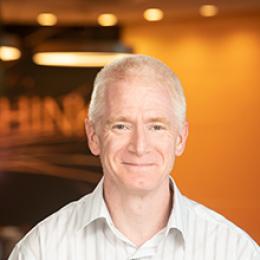 Brent is the mission leader for Additive technology at GE Research. In this role, Brent will lead the Additive horizontal team in the development of next generation of machines, materials, process, software, models, and controls to support GE Additive, and the integration of additive technologies in to all GE businesses. This position will build on Brent’s success as the Technology Director for Edge Controls, and as the Additive Manufacturing Edge Controls Mission Leader, where he and his team created EdgeOS to securely connect and software define GE assets and created the GE Additive Meltpool analytic.

Brent joined GE in 1995 on the Edison Engineering program in Aircraft Engines. He joined GE Research in 2000 as a Controls Engineer. He then progressed through several roles including Business Platform Leader for GE Aviation Systems where he helped to define the technology development for Avionics, Electric Power, and Mechanical systems. He became the High Frequency Power Electronics Lab Manager in 2010 and was promoted to Technology Leader for Connected Controls in 2011. In this role he led the research and development of technologies for safety critical control algorithms, communications, sensing systems, and helped to build the Industrial Internet Control System and Outcome Optimizer for GE.