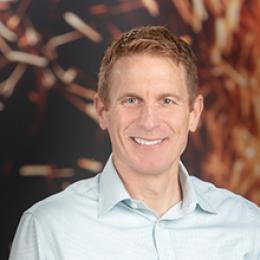 Ben Verschueren is currently Growth Leader for the Forge Lab at GE Research. In this role he is overseeing a number of mission-based teams exploring technologies at the “edge of feasibility,” including in the spaces of industrial-grade 5G, wearables for occupational safety and situational awareness, Augmented and Virtual Reality for healthcare and services, Quantum Computing, and robotics. The mission of the Forge is to build tactile prototypes demonstrating how such exponential technologies can apply to and/or disrupt our industrial assets and ecosystems.

In his previous role as Program Manager, Technology Development he led GE-wide learning initiatives for technologists, spanning from early career through Chief Engineers. He was also responsible for working with technical learning leaders from across GE to contemporize how technical training is developed and delivered.

Ben joined GE Research in 1998 after completing his undergraduate degrees in Computer Science and Electrical Engineering at Brown University.  He completed his Masters degree in Computer Science at Rensselaer Polytechnic Institute while working for GE, as well as earned his Six Sigma Black Belt.  He worked on a number of technical research projects supporting NBC Universal and GE Capital in his first roles at GE Global Research.