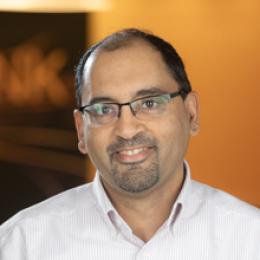 Anil Duggal is a Chief Scientist in Materials at GE Research. In this role, he is responsible for catalyzing, maintaining, and leading innovation in the fields of electrical and optical materials and systems. His current focus areas are new energy storage and dielectric materials that enable greater electrification.

Anil has been at GE Research for over 25 years.  In his most recent role as Solar Portfolio Leader, he was responsible for all solar research – from basic materials development to applied engineering of inverter controls. During this time, he led a large, multi-disciplinary team that broke multiple world records in thin-film CdTe solar cell efficiency.

Prior to 2001, Anil was a Senior Scientist and initiated and led research efforts in the area of electrical and optical materials. Key projects included the development of laser-based ultrasound imaging sensors, nonlinear electrical materials for circuit protection, and OLEDs for lighting applications.

Anil has been granted 98 US Patents and, in 2014, became a Coolidge Fellow which is the most prestigious GE Research technical honor. Anil received an A.B. in Chemistry from Princeton University and then a Ph.D. in Physical Chemistry from the Massachusetts Institute of Technology. His doctorate work involved building ultrafast lasers and using them to probe polymer dynamics.