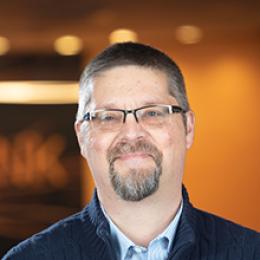 Andy began his career with General Electric in 1984 as a Principal Engineer with GE’s former aerospace business in Johnson City, NY.  He continued to work at the former GE ACSD business throughout its various mergers and divestitures (from Martin Marietta to Lockheed Martin to BAE Systems). Andy then returned to GE in February of 2014, when he joined GE Research in the Real Time Embed Systems Lab. Throughout his career, Andy has held multiple technical positions from designing the CPU for the first GE Full Authority Digital Engine Control (FADEC) for the CFM56-4 engine, to being hardware or project lead on multiple projects for flight control and avionics suites, and FADECs for GE engines ranging from T700/GE38 to Leap. In 2008, he became the Technical Lead for all engine control IRAD projects for BAE Systems. Since rejoining GE, Andy has worked on projects for GE Energy Solutions, GE Aviation Systems, GE Transportation, and GE Engines. Andy has led the creation of the Modular Control Architecture (MCA) with GE Transportation which updated the entire locomotive control system. One of his areas of specialization is in mission and safety critical systems utilizing multicore processors. Andy was one of the founders of the Multicore for Avionics (MCFA) working group and currently a member of the the MCFA Executive Board. His current projects include investigating future avionics control architectures and support of GE's next generation of commercial & military engine controls.