In early November, GE Renewable Energy celebrated a major milestone when its Haliade-X 12 MW prototype, located in Rotterdam-Maasvlakte, successfully produced its first kWh. The Haliade-X is the world’s most powerful offshore wind turbine, with just one machine capable of powering up to 16,000 European homes. A giant among wind turbines, the Haliade-X 12 MW comes equipped with blades that stretch 107 meters each, for a total rotor diameter of 220 meters. That’s just the right technology to meet the world’s renewable energy needs — and it comes at just the right time, as the global offshore wind market is expected to grow 15-fold over the next two decades, becoming a $1 trillion industry by 2040. 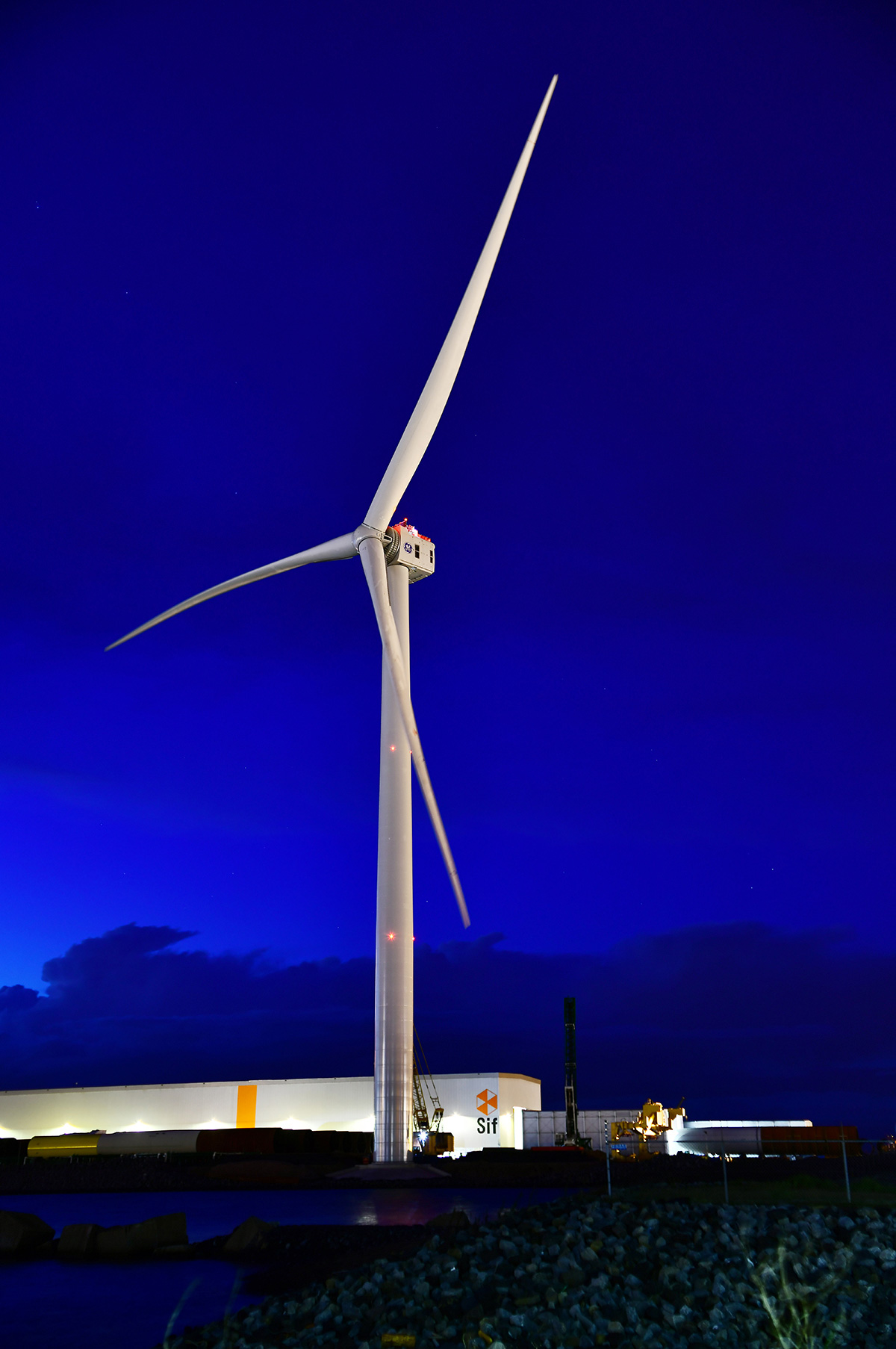 A land-based prototype of the Haliade-X recently started producing electricity in the Netherlands, and the machine has already been selected for ambitious endeavors including the world’s largest offshore wind project: Dogger Bank, planned for installation in the North Sea between the U.K. and continental Europe.

This week, more good news! Toward the end of every year, Time magazine highlights inventions “making the world better, smarter and even a bit more fun.” This year, GE made the cut with the Haliade-X, which was awarded Time magazine's sustainable invention of the year. The award is part of Time's annual Best Inventions List for 2019.

Teams of researchers integrated digital twin models for predictive tracking and maintenance of key Haliade-X components to ensure better turbine operations. They developed new model-based controls that will ensure smoother operation of the turbine and improved loads management. And the GE Research team has drawn upon key technologies from the other GE industrial businesses in areas like magnet technology and thermal management to improve the cost and performance of vital Haliade-X sub-components.

To be recognized for having the best product requires the ability to differentiate what you can create. That’s exactly the “X” factor that GE Research brings to our businesses.