Following a long successful career at GE, first at the Research Lab, and later running GE’s Medical Systems business, Walt Robb was ready to retire. GE’s Chairman and CEO at the time, Jack Welch, asked him not to retire, but run the Research Lab instead. Walt said yes, and GE and GE Research, flourished in the years and decades ahead.

Jack and Walt died just three weeks apart. Both graduated with doctorates in chemical engineering from the University of Illinois nine years apart, in 1951 and 1960, respectively. In fact, it is said that Walt was part of the team that recruited Jack into GE.

GE Chief Scientist Emeritus, Jim Bray, who has been at GE Research for 45+ years, including Walt Robb’s entire tenure as head of the Lab in the late 1980s and early 1990s, observed that Walt was probably one of the few people who Jack considered a mentor. He said one of Walt’s greatest strengths and keys to his success in technology, business, and life, was his incessant interest and curiosity in technology, stating, “He was a technical leader of the highest level, who maintained a direct interest in new technology throughout his life.” 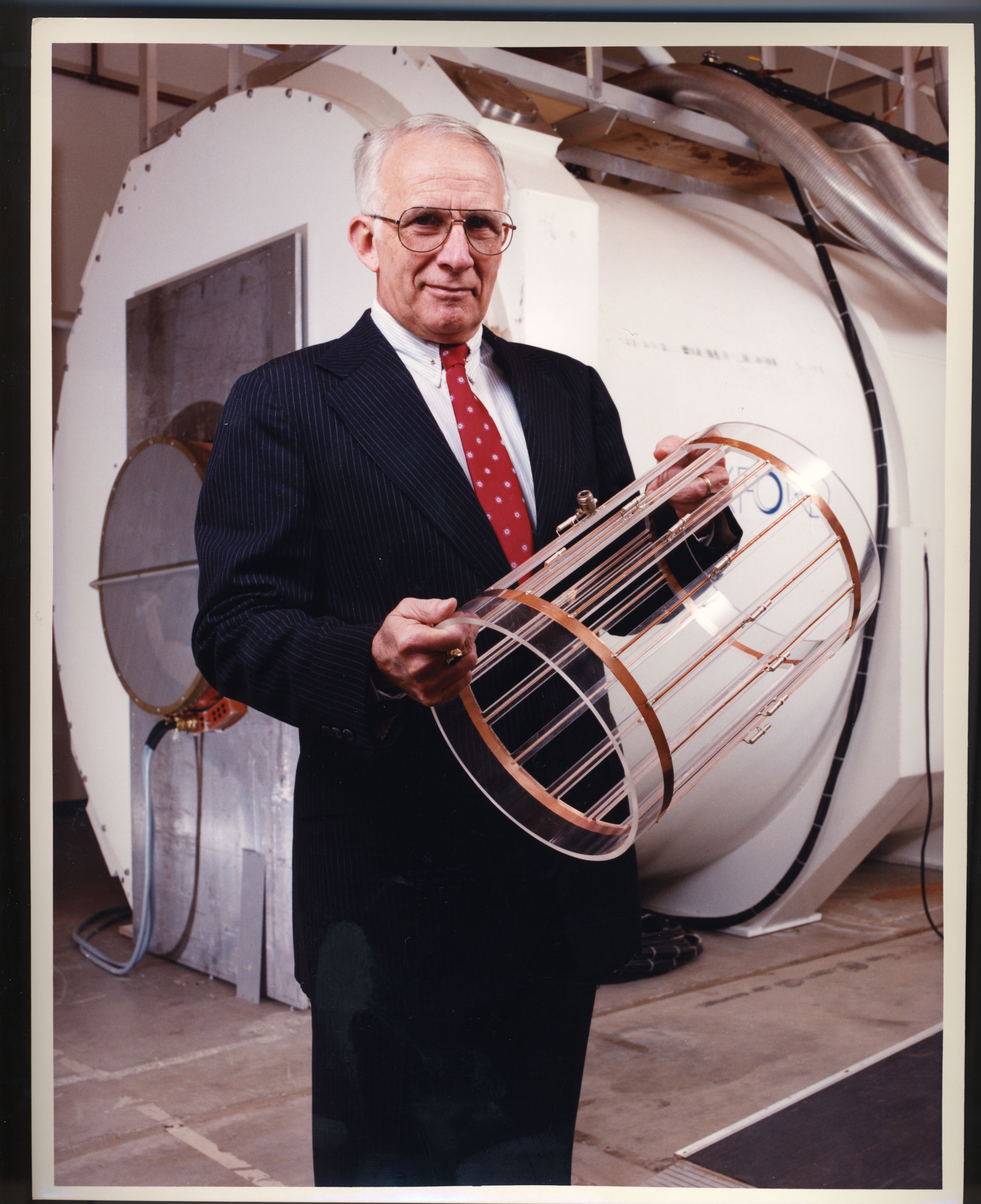 Walt started his career with GE as a chemical engineer at Knolls Atomic Lab in 1951. Soon after he spent a decade at the Research Lab before moving to and eventually leading GE’s Medical Systems business through the 1970s and early 1980s. It was during Walt’s years at Medical Systems that he led the growth of new Healthcare businesses in MR, ultrasound, and CT imaging. And thanks to Walt, GE Research was very much a valued partner in pioneering the technologies that help spawn and grow these new businesses.

In the mid-1980s, Walt became the sixth director of R&D at GE Research and quickly made his imprint with big things and small. Bray remembers it was not at all unusual to see Walt pop into meetings with individual contributors when he was curious to learn about a new project and technology. “Walt was such a good listener, asked good questions, and had an uncanny sense for knowing what technologies had promise and which ones didn’t,” Bray remarked. “This was true when he was with GE and also true in the successful career he built as an entrepreneur and technology advocate after he retired from GE.”

Robb revolutionized the way GE Research worked with GE’s businesses, developing a new funding model and process for developing and moving technology more effectively from the lab into the marketplace. The launch of the MRI business represents one of his biggest successes. If he was helping to launch new billion-dollar businesses in one instance, he also never forgot his passion for chemistry as a child and how that fueled his future interest in technology. He was fortunate, he said, to have his own chemistry lab at home and thought if other kids had the same opportunity, it might spawn more interest for young people to look at science as a career. 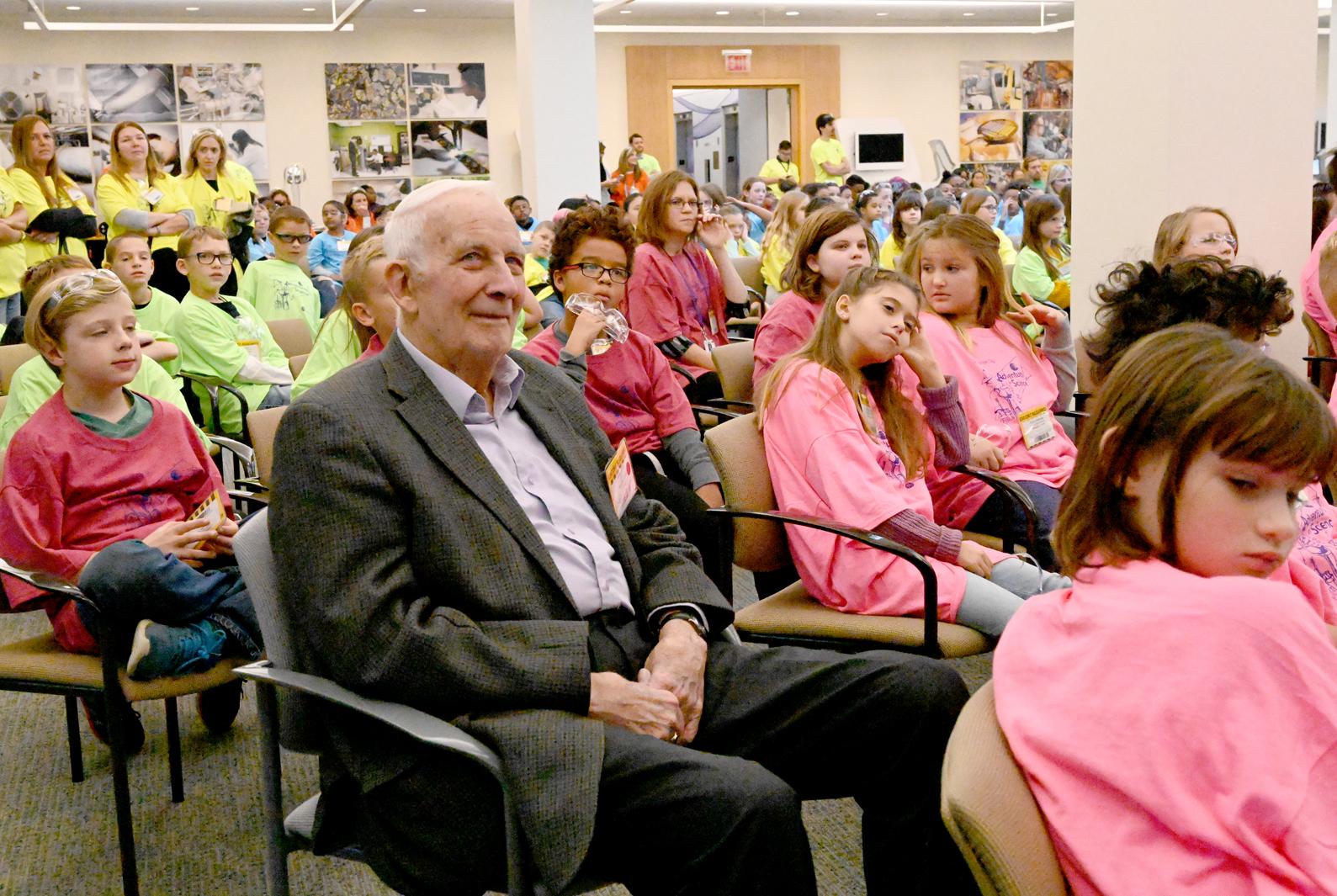 Robb recognized, of course, that not everyone could have their own lab. But what if it could be brought to them? It was that thinking that inspired him to start GE Research’s annual Science Day, an event geared to 4th grade students to give them the opportunity to experience hands-on science with real scientists. Last November, Robb was invited back to commemorate the 30th anniversary of the event. He sat with the children and had a wonderful time during the Chemistry Magic Show. His attendance also presented a wonderful moment to recognize him for initiating this STEM event before STEM was even a term!

From launching new businesses that transformed medical care to inspiring kids in the wonders of science and technology, Walt Robb was indeed “a technical leader of the highest level.” His leadership and interest in technology inspired others from school kids to one of the corporate world’s most celebrated CEOs. That’s Walt Robb.

Mr. Robb passed away on Monday, March 23 at the age of 92. His life and work are detailed in this Times Union article and this Daily Gazette article. “Walt Robb was a true builder in every sense of the word with GE, with the Research Lab, and in the Capital Region’s business community,” said GE Chief Technology Officer, Vic Abate. “He has left a legacy with our company and in our community that will have lasting impact for many decades to come.”

“Walt Robb was a true builder in every sense of the word with GE, with the Research Lab, and in the Capital Region’s business community. He has left a legacy with our company and in our community that will have lasting impact for many decades to come.” - Vic Abate, GE's Chief Technology Officer
Share to social