NISKAYUNA, NY -- Tuesday, October 18, 2022 – GE’s efforts to demonstrate a powertrain system capable of powering a commercial aircraft just gained altitude with the awarding of Phase 2  funding through ARPA-E’s ASCEND program to support GE’s eFLITES project. The funding, totaling more than $5.9 million with an industry cost-share over the next two- years, will support the design and demonstration of a 350kW powertrain system, which represents the next key project milestone toward a full-scale 2MW powertrain system.

The funding award was announced during GE Research’s Electrification Symposium at its research campus in Upstate NY, which is bringing together 200+ top thought leaders in the energy and aviation sectors to discuss the latest advancements in electrification technologies.  Hybrid electric flight is among the major topics being discussed at this year’s summit.

ARPA-E’s decision to award GE Phase 2  funding follows the successful development and demonstration of key transformational technologies as well as the design of a 2MW powertrain system in Phase 1 of its eFLITES project. John Yagielski, a Senior Principal Engineer with GE Research and project lead, says ARPA-E’s support will provide a big lift toward developing and demonstrating a commercial scale powertrain system, stating, “Our work through ARPA-E’s ASCEND program has allowed us to make substantial progress toward our ultimate goal of building a 2MW powertrain system with the power density for all-electric propulsion of a commercial aircraft,” Yagielski said.  “With this new funding for Phase II, we will take the next big leap to build and demonstrate a 350kW powertrain. Achieving this will be a critical milestone on our path toward a full-scale system.” 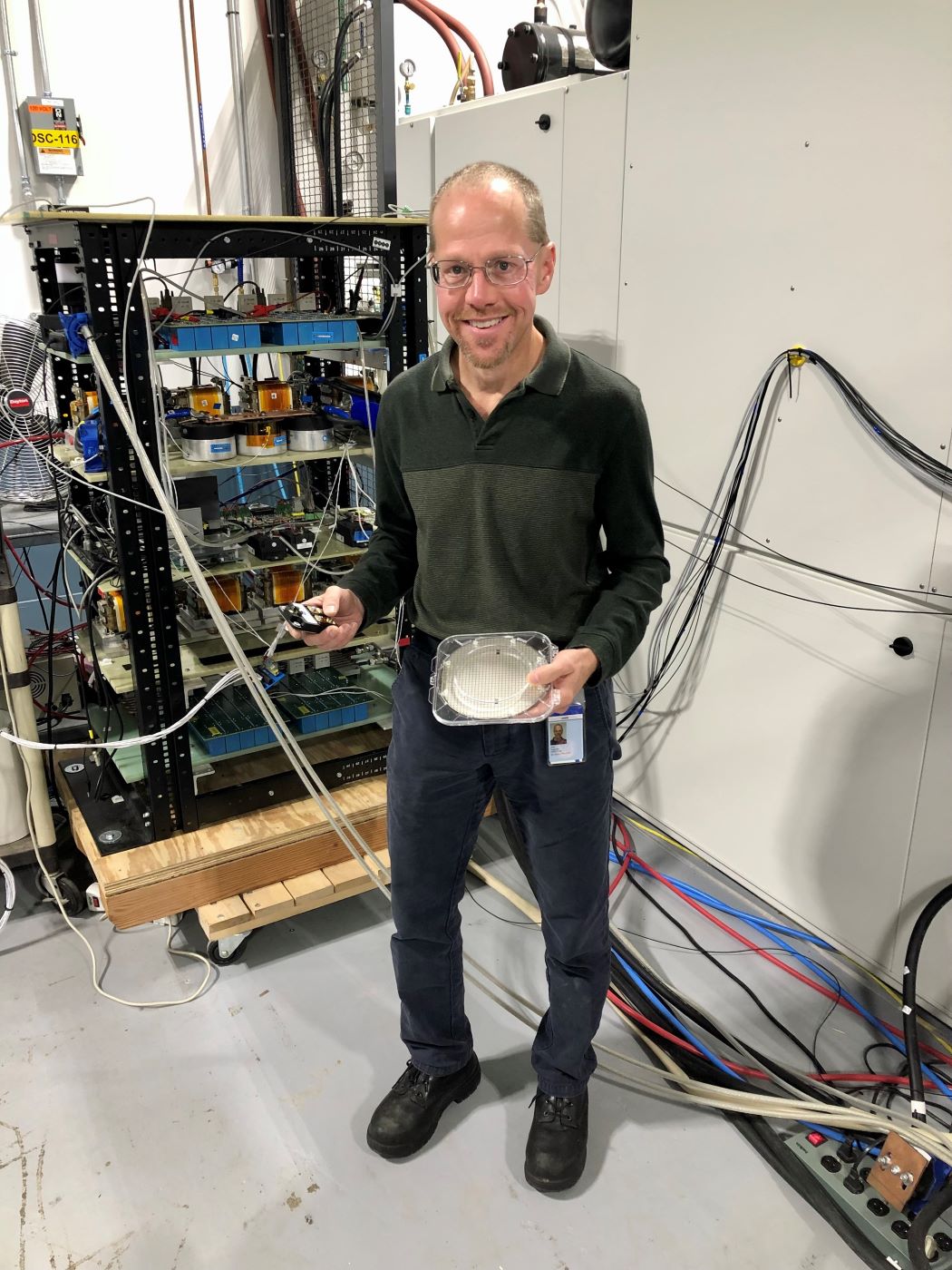 Yagielski observed that progress in advancing the electric powertrain system is like a plane taking off and climbing to its top cruising altitude during flight, stating, “In Phase 1, we achieved a successful take-off with the development of the key technologies to achieve ARPA-E’s power density target. In Phase II, we will get above 10,000- foot flight deck by demonstrating a full system at the 350kW power level. This will set up our final climb to full-scale. We’re excited to begin this next phase of our journey started with the eFLITES project.”

Caption: GE's eFLITES project was featured in the Technology Showcase during the 2022 ARPA-E Innovation Summit in Denver, Colorado this past Spring. In the eFLITES project booth, John discusses GE's efforts to create a megawatt-scale electric propulsion system suitable for commercial aircraft.

The eFLITES project is one of three projects with ARPA-E to advance the fundamental technologies essential for enabling commercial electric flight.  In addition to the powertrain system, GE researchers are working on a project through ARPA-E’s Range Extenders for Electric Aviation with Low Carbon and High Efficiency (REEACH) program, called FLyCLEEN (FueL CelL Embedded ENgine), to develop a multi-megawatt power generation system that turns a carbon neutral biofuel into electricity.  GE researchers also have a project, entitled the Megawatt Any-Altitude Gas Insulated Cable System for Aircraft Power Distribution (MAAGIC), to address the insulation challenges associated with conducting, or distributing electricity, at high altitudes.

Beyond GE Research’s ongoing and comprehensive set of research programs to further hybrid electric flight with ARPA-E, the Lab also is supporting GE Aerospace’s $260 million Hybrid Electric technology demonstrator project with NASA. As part of that project, GE and NASA are maturing a MW class, fully integrated hybrid electric propulsion system for flight readiness that could support a single-aisle aircraft. Ground and flight tests are planned for mid-2020s.

This project follows more than a decade’s worth of steady technology developments by GE engineers to mature individual components of a hybrid electric system with NASA, the DOE and ARPA-E. At the Farnborough Airshow this past July, GE Aerospace, together with NASA, announced a major milestone with the completion of the world’s first test of a megawatt (MW)-class and multi-kilovolt (kV) hybrid electric propulsion system in altitude conditions that simulated a single-aisle commercial flight up to 45,000 ft. The altitude testing took place at NASA’s Electric Aircraft Testbed (NEAT) facility in Sandusky, Ohio.

“In Phase 1, we achieved a successful take-off with the development of the key technologies to achieve ARPA-E’s power density target. In Phase II, we will get above 10,000- foot flight deck by demonstrating a full system at the 350kW power level. This will set up our final climb to full-scale. We’re excited to begin this next phase of our journey started with the eFLITES project.” - John Yagielski, Senior Principal Engineer at GE Research and Principal Investigator for GE's eFLITES project
Share to social
Media Contacts
MEDIA RELATIONS