Bray started at GE’s Research Lab in September 1974, joining the research group that included the renowned physicist and GE research icon, Ivar Giaever, who had just been awarded the Nobel Prize in Physics a year earlier. His remarkable career at the Lab has been marked by many proud accomplishments both as a manager and senior scientist, which he credits to thriving in a team environment and having a broad curiosity about science and technology that spans even beyond GE Research, one of the world’s most diversified industrial laboratories.

The Pake Prize honors individuals that have driven great accomplishments and outcomes in industrial research and development. One of the most notable achievements, Bray says, was being a part of the GE team that developed the first whole-body 1.5 Tesla Magnetic Resonance Imaging (MRI) machine in the early 1980s and led to the launch of GE Healthcare’s MRI business.  Today that business is a multi-billion enterprise, with more than 15,000 MRI scanners deployed around the world that have helped doctors save tens of thousands of lives.

“Jim Bray’s career has been defined by his ability to take his deep domain knowledge in physics and lead teams across the company that have led to pioneering advancements in healthcare, power and aviation,” said Vic Abate, GE’s Chief Technology Officer.  "At GE Research, our mission is to turn research into reality.  It’s scientists like Jim who make that happen.  We couldn’t be prouder to have Jim on our team.”

“I’m deeply honored to receive the George E. Pake Prize, which does so much to highlight the importance of industrial research and the difference it is making in society,” Bray said.  “It’s an award that I share with both present and past colleagues I have had the great privilege working with over the years on an array of projects to improve industries such as the health care sector.”

In recalling the MRI innovation, Bray emphasized that it would not have happened without having a strong, multi-disciplinary team driving it, stating, “Whether it’s introducing a breakthrough medical diagnostic technology or launching a new business, everything that happens in industry is a team play. No one person could have accomplished what we were able to achieve creating a new GE business. It takes a team.”

Bray explained that the development of the first MRI machine involved a highly diverse research team that covered five different technical fields, including:

“In the case of MRI, we had world-class innovators like Bill Edelstein, Howard Hart and John Schenck who brought amazing ideas and ingenuity to this project. What I and others like Red Redington brought was the ability to manage the diverse teams involved,” Bray said.

Bray credits his background in physics as one of the keys to his success. “Physics, in principle, has the ability to cross-connect and knit together the different scientific and engineering disciplines, and that’s one area where I’ve really tried to make a difference.” 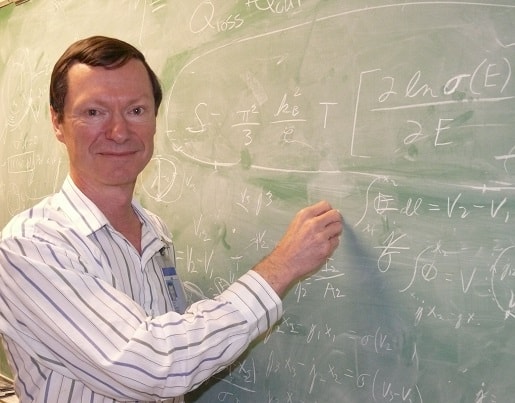 Over the years, Bray has worked in most of GE’s research groups, from electrical power and mechanical engineering to thermal management, non-destructive evaluation, biophysics, chemical and material science. It’s enabled him to become an effective translator that bridges different perspectives in science and engineering to drive productive outcomes.

During his career at GE Research, Bray has received many recognitions and awards. In 2008, he was awarded the Coolidge Fellowship. Named after one of GE’s most prolific research pioneers, William Coolidge, who famously invented an X-Ray tube that helped usher in the use of x-ray for medical diagnosis, it is the highest internal honor a GE scientist or engineer can receive at the Lab.  More recently, Bray was named a Fellow of the American Physical Society.

After 45+ years, Bray is still going strong and currently part of a team that is working on a superconducting project that has the potential to revolutionize the wind industry. With Bray a part of the team, it’s a good bet that we’ll be hearing about it sooner than we realize.

“Jim Bray’s career has been defined by his ability to take his deep domain knowledge in physics and lead teams across the company that have led to pioneering advancements in healthcare, power and aviation. At GE Research, our mission is to turn research into reality.  It’s scientists like Jim who make that happen.  We couldn’t be prouder to have Jim on our team.”   - Vic Abate, GE's Chief Technology Officer
Share to social
Media Contacts
MEDIA RELATIONS