Behind the breakthrough: Industrial Blockchain

Behind the breakthrough: Industrial Blockchain

How many times in the past year have you paid cash to make a purchase? And when you pay bills, do you pay them online or mail a check?

Increasingly, the exchange of money has become a digital transaction process. Today it's done largely with digital payment systems through official government currencies, such as the US dollar or the Euro. But that's beginning to change as new cryptocurrency technologies gain ground. The biggest one, by far, is Bitcoin, a form of electronic cash that can be securely accounted for and tracked each time money changes hands.

Bitcoin is the best-known example of using Blockchain technology, which at its core is a computer network that can seamlessly gather and track data while ensuring the highest degrees of trust and security. While financial transaction systems aren’t entirely immune from tampering, they are by and large trusted networks that continue to get better with time.

Much like financial transactions have been digitized, the transactions in manufacturing supply chains are becoming digitized as well and beginning to face similar trust and security challenges. Three years ago, GE Research formed a multi-disciplinary research team to begin exploring the application of Blockchain in the industrial world to instill trust in our digital manufacturing processes. The Blockchain project was one of five original projects that started in the Research Center’s new Forge Lab. The Forge Lab was formed, as Ben Verschueren, the Forge Lab’s Growth Leader says, to “explore and show what’s possible at the edge of technical feasibility across GE’s industries.”

Ben Beckmann, GE Research’s Blockchain Mission Leader, quickly formed his team to get started. “We really embraced the idea of the Forge Lab, which was to move fast, iterate frequently and build the so-called ‘concept car’ to show how it could be applied to our industrial assets and systems. Most importantly, we never sat still and always kept pushing.  For our use-case, we selected one of the most heavily digitized processes, additive manufacturing, or 3D printing.”

“In only a few months, we set up in one of the coolest lab spaces on campus and quickly built and demonstrated a secure Blockchain network for managing additive parts from the selection of metal powders to the finished part,” Beckmann said. “And we didn’t just demonstrate the concept worked, we produced a world-first breakthrough by creating a quantum-secure network.”

Beckmann explained that the team used quantum key distribution, one of the highest forms of data protection, to add another level of security to their Additive Blockchain solution. It enabled their Blockchain network to not only detect if the network was being tampered with but also who was doing the snooping, Ben says.

Beckmann credited the achievements made to having a cross-disciplinary team who worked well together and had all the right skill sets, stating, “Building a quantum-secure Blockchain network requires a deep understanding of mathematics, internet technologies and in our case, expertise around our industrial assets and processes, and we had it all.” 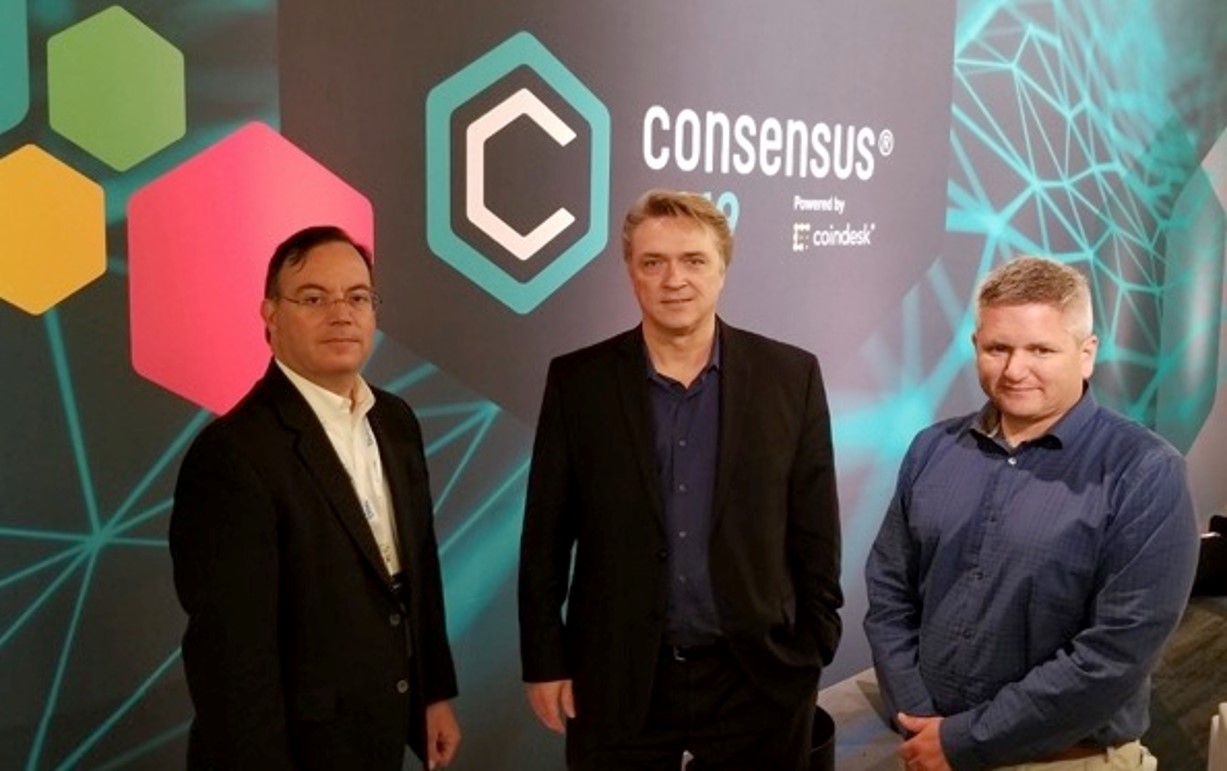 This week, Beckmann is presenting GE’s breakthrough at Consensus 2019 in New York City, the premiere Blockchain Conference.  Not so coincidentally, GE Aviation’s Digital team has made a big splash at the Conference as well, highlighting a new Blockchain solution for tagging and tracking parts that they launched with Microsoft.  It turns out Beckmann’s team was consulted early on by the Aviation Digital team about Blockchain technology before linking up with Microsoft.

“This is the power of GE having a centralized innovation engine, when you can help a GE business like Aviation lead the way in launching one of the first, real industrial applications of Blockchain,” Beckmann says. “At the same time, we have teams at the Center already focused on developing and demonstrating applications that support the democratization of manufacturing and enhance the robustness of energy grids.”

“The impact of Industrial Blockchain technology is undeniable,” Beckmann concluded. And in our industries where safety and reliability are paramount, GE is leading the way to deliver the best solutions our businesses and customers can trust.”

“The impact of Industrial Blockchain technology is undeniable. And in our industries where safety and reliability are paramount, GE is leading the way to deliver the best solutions our businesses and customers can trust.” -Ben Beckmann, GE Research Blockchain Mission Leader
Share to social
Media Contacts
MEDIA RELATIONS