Wind is growing up. A recent survey of the industry found the average size of commercial turbines has grown 10-fold in the last 30 years, from diameters of 50 feet in 1980 to nearly 500 feet today. Turbines with larger rotors harness more wind and generate more power “without proportional increases in their mass or the masses of the tower and the nacelle that houses the generator,” according to the report.

Engineers at GE’s wind business just came up a new method to lengthen existing wind blades and increase the rotor diameter by 40 percent. The longer blades allow turbines to harness wind moving at lower speeds and boost power production by more than 20 percent. 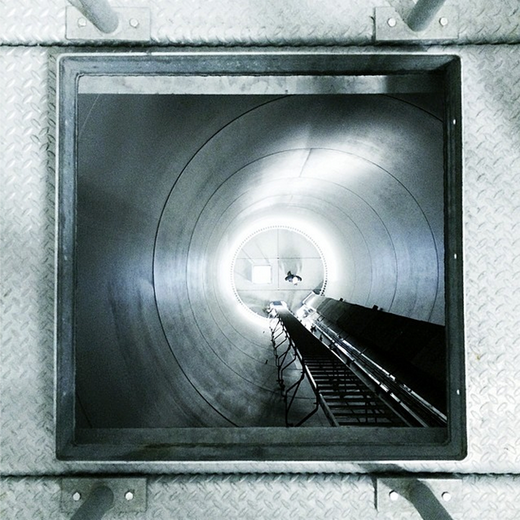 Images: GE recently sent six Instagram photographers to climb 264 feet up a wind turbine in Cape Cod, Mass., and share their view with world at #GEInstaWalk2014.

GE has invested more than $2 billion in renewable energy R&D. The research includes projects like developing blades covered with “tensioned fabric” that could be assembled on location. The new design would cut moving costs and make it easier to transport large blades, which can already stretch half way across the football field.

Engineers are also using supercomputers to develop the ideal wind blade profile that’s both quiet and energy-efficient. “If you change the blade design to be quieter, you can spin the rotor faster to produce more power and still meet noise regulation standards,” says Giridhar Jothiprasad, a mechanical engineer with GE Global Research.

E.ON and EDP Renewables have recently started using GE’s “brilliant” wind turbines connected to the Industrial Internet. The technology could allow them to squeeze up to 5 percent in additional energy production from their existing turbine fleets.

Another innovation, the “space-frame” tower, will allow operators to place nacelles as high as 450-feet in locations that were previously hard to reach.

Says Johnson: “At GE, we take big swings to help our customers reach their goals and operate more successfully.”

Judgment Call: Why GE Is Experimenting With ‘Humble AI’

Everything Is Illuminated: Smart LEDs Are Lighting The Way To “Intelligent” Manufacturing

Carbon Sink: The Solution to Carbon Capture May Be Hiding in Your Bathroom

Not Your Average Fridge Magnet: These High-Tech Magnets Will Keep Your Butter (and Beer) Cold

Giulio Boccaletti: The Next Agriculture Revolution — More Crop Per Drop

Mind The Gap: Here’s How You Take On A Power Crisis The Size Of A Continent