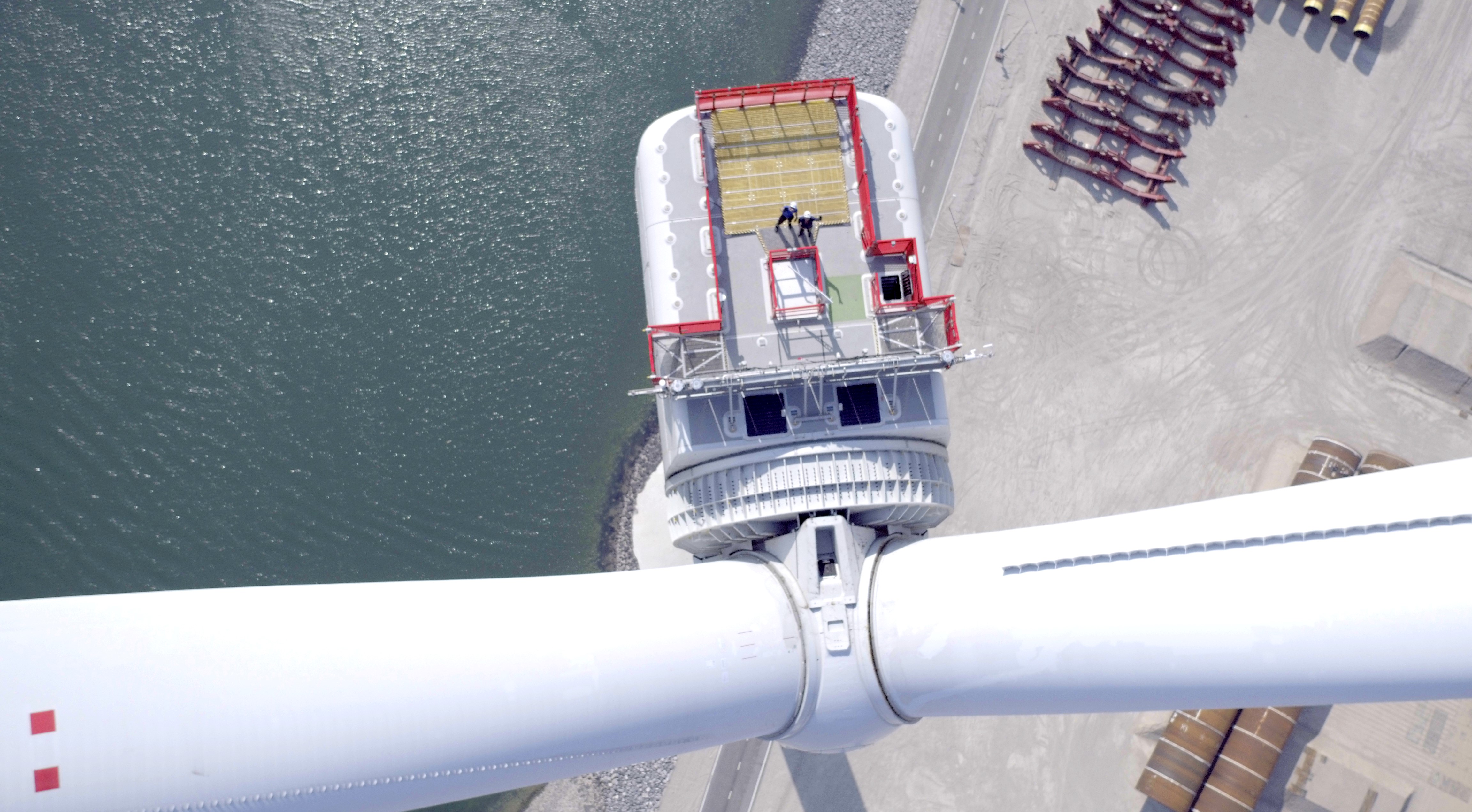 The independent certification body DNV has just given the Haliade-X its Typhoon certification (Class T certification). In other words, it means that we have proven that our Haliade-X from 12 to 13 MW can operate safely and efficiently under extreme wind conditions which can often be found in Asia but also in the US, where hurricanes occur every year.

“We are really happy about this new milestone” commented Vincent Schellings, Chief Technology Officer for GE Renewable Energy’s Offshore Wind business. “With this, our teams will continue to build commercial momentum in new geographies where the Haliade-X can make a real difference in the energy transition.”

“Typhoon loads on wind turbines is of critical importance in emerging offshore wind markets such as Taiwan, Japan, Korea as well as parts of the United States,” explained Kim Sandgaard-Mørk, Executive Vice President for Renewables Certification at DNV. “Wind turbines need to be designed for these extreme local environmental conditions to support the ambitious plans to develop multi-megawatt offshore wind projects. With obtaining the DNV Certificate, GE Renewable Energy proves that the largest offshore wind turbine in operation – the Haliade-X – is able to reliably withstand the typhoons that are likely to affect it within their lifetime.”

At the industry level, ensuring that offshore wind turbines are able to withstand the harshest offshore conditions is critical to unlock the potential of wind. Customers - and consumers - are looking at technology providers to prove that offshore wind is a sustainable and reliable energy source for the future.

The Haliade-X is now the most powerful offshore wind turbine to have this certification.

Launched in 2018, GE’s Haliade-X offshore wind platform is helping to drive down offshore wind’s levelized cost of energy (LCOE) and is making offshore wind energy a more affordable source of renewable energy. The Haliade-X prototype located in Rotterdam, operating at 13MW, set a new world record in October 2020 by generating 312 MWh of continuous power in one day. The Haliade-X has already received its Full Type Certification from DNV for its 12 MW and 13 MW power ratings and is now adding typhoon-certification to it.