75MW of additional power to increase the peak load capacity 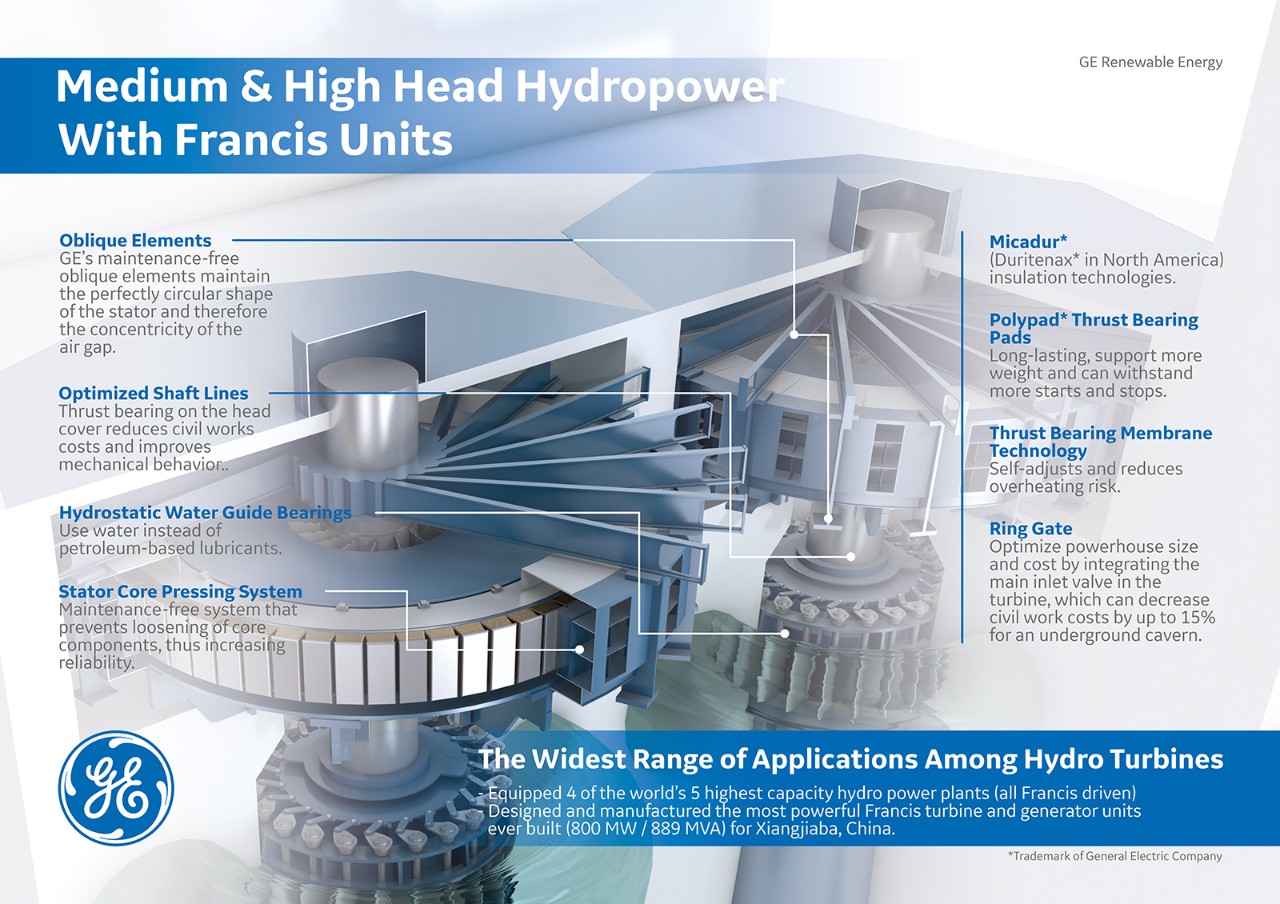 In October 2017, GE Renewable Energy commissioned the Thac Mo 75 MW hydropower plant located in the Binh Phuoc Province of Vietnam. In November 2018, it has obtained the Final Acceptance Certificate from Hydro Power Management Board No. 6, a branch of Electricité du Vietnam (EVN). This followed the successful completion of GE’s duties and obligations during the defect liability period, meeting the expectations of the customer in terms of the quality and performance of the plant.

In 2014, GE Renewable Energy was awarded a contract for the extension of the Thac Mo hydropower plant that supplies power to the national grid of EVN, covering the southern part of Vietnam.

The objective was to bring 75MW of additional power to increase the peak load capacity and support the existing 150 MW Thac Mo power station, commissioned in 1995 and equipped with two 75 MW Francis type turbines.

The scope of the contract included design, manufacturing, testing, supply, erection and commissioning of electro-mechanical equipment consisting of one vertical Francis turbine of 75 MW, a generator, control systems and electrical balance-of-plant equipment, and, most importantly, to manage the successful interface between the new and existing units.

This project, the first executed in Vietnam by GE’s hydro teams based in India, will become a strong reference point for the company within the South East Asia hydropower industry. GE is proud to have partnered with Hydro Power Management Board No. 6, and Electricité du Vietnam (EVN) on the extension of the Thac Mo plant.

GE Renewable Energy looks forward to repeating these fruitful collaborations on future projects and supporting the utilities with the development of hydropower in the region.

GE look forward to repeating these fruitful collaborations on future projects and supporting the utilities with the development of Hydropower in the region.