to connect 184 turbines to the grid

built alongside the wind farm 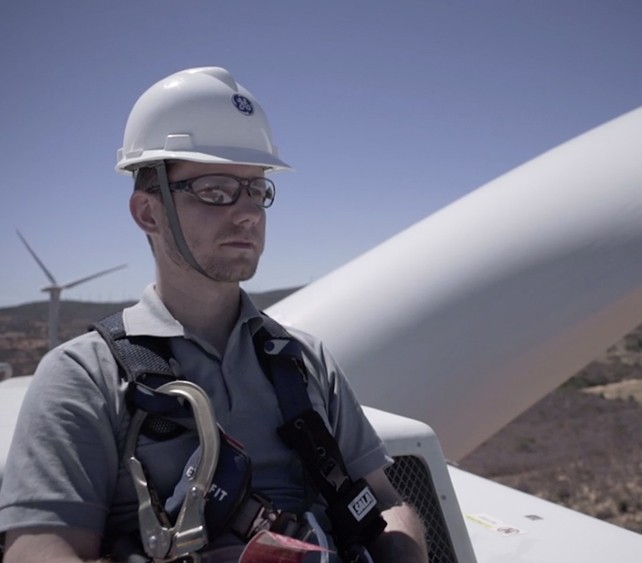 Brazil is a burgeoning country that’s rapidly growing in many areas, including sustainable and renewable energy. Renova is a leader in power generation from renewable sources in Brazil, and offers competitive prices, innovation, and is committed to environmental responsibility and sustainability in all aspects and phases of project development.

In the Caetité, Guanambi, and Igaporã region, GE and Renova built two wind farms: the Alto Sertão I and Alto Sertão II. A particular challenge in Brazil is that the nation’s grid connection hasn’t grown as fast as the wind units have been installed. After the initial turbine purchase, GE continued to do idle maintenance and provide uprates, so that the turbines were ready to go once the grid connection was available. When the Alta Sertão I went online on June 15, 2014, the forecast to connect all turbines to the grid was 20 days. All 184 turbines became operational in five days—a new world record.

“The important thing in an alliance partner, in addition to having an excellent product, is excellent technology and execution, grounded on high quality professionals, and high commitment to the client. That, in my opinion, is GE’s competitive edge,” said Rodrigo Bota, Renova’s Director of Implementation.

GE’s local presence was vital to a successful connection to the grid, and with a GE Service Center built alongside the Alto Sertão II farm in Guanambi, continued support and service will be standard. Many customers will be facing similar issues with timing and uprating turbines in Brazil. With its work with Renova, GE has shown that it’s capable of meeting (and solving) any challenges along the way.