rated power of each turbine 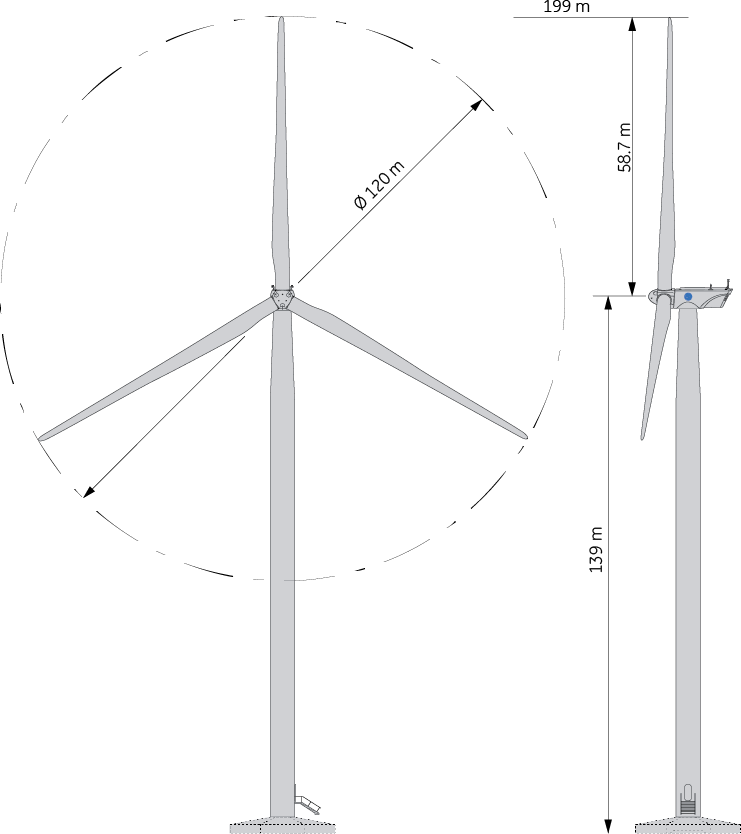 In 2012, GE and Kennedy Renewables built the Little Raith wind farm in Fife, Scotland. With 9 turbines producing enough energy to power more than 14,000 homes, Little Raith is Fife’s first commercial wind farm, and represents an important shift in the way the region looks at renewable energy.

“The idea of the Little Raith wind farm first came about through global warming and climate change. Wind was definitely a sector we wanted to invest in,” remarked Jonny Kennedy, the Managing Director of Kennedy Renewables.

Little Raith is Kennedy Renewable’s first wind project, and is the first wind farm in the United Kingdom to use GE’s 2.75 MW wind turbines. These turbines feature a 120-meter rotor, and a proven design that provides flexibility, performance, and reliability.  Kennedy Renewables made it a priority over the six-month construction process to ensure the participation of many local companies. Additionally, showing its commitment to the local economy, Kennedy Renewables has has donated more than £21 million to the areas around Little Raith.

A NEW WAY OF THINKING

Most importantly, Little Raith ushers in a new way of thinking about power in Scotland. “It was of significant importance for us to find a partner as GE—they’ve got a big vision for renewable energy and wind energy. The number one reason we wanted to get into this was to fight global warming and climate change and be part of that big picture. It’s been a long process, but it’s been fantastic,” said Kennedy.

GE’s local presence was vital to a successful connection to the grid, and with a GE Service Center built alongside the Alto Sertão II farm in Guanambi, continued support and service will be standard. Many customers will be facing similar issues with timing and uprating turbines in Brazil. With its work with Renova, GE has shown that it’s capable of meeting (and solving) any challenges along the way.