You Might Not Have Heard of Them, But These New Materials Will Change The World

Among the World Economic Forum's top 10 emerging technologies of 2016 are 2-D materials that can be used in everything from flexible sensors to airplane wings. The most well-known single-atom layer material -- graphene -- has opened doors for scientists.

New materials can change the world. There is a reason we talk about the Bronze Age and the Iron Age. Concrete, stainless steel, and silicon made the modern era possible. Now a new class of materials, each consisting of a single layer of atoms, are emerging, with far-reaching potential. Known as two-dimensional materials, this class has grown within the past few years to include lattice-like layers of carbon (graphene), boron (borophene) and hexagonal boron nitride (aka white graphene), germanium (germanene), silicon (silicene), phosphorous (phosphorene) and tin (stanene). More 2-D materials have been shown theoretically possible but not yet synthesized, such as graphyne from carbon. Each has exciting properties, and the various 2-D substances can be combined like Lego bricks to build still more new materials.

This revolution in monolayers started in 2004 when two scientists famously created 2-D graphene using Scotch tape—probably the first time that Nobel-prize-winning science has been done using a tool found in kindergarten classrooms. Graphene is stronger than steel, harder than diamond, lighter than almost anything, transparent, flexible and an ultrafast electrical conductor. It is also impervious to most substances except water vapor, which flows freely through its molecular mesh.


Initially more costly than gold, graphene has tumbled in price thanks to improved production technologies. Hexagonal boron nitride is now also commercially available and set to follow a similar trajectory. Graphene has become cheap enough to incorporate it in water filters, which could make desalination and waste-water treatment far more affordable. As the cost continues to fall, graphene could be added to road paving mixtures or concrete to clean up urban air—on top of its other strengths, the stuff absorbs carbon monoxide and nitrogen oxides from the atmosphere.

Other 2-D materials will probably follow the trajectory that graphene has, simultaneously finding use in high-volume applications as the cost falls, and in high-value products like electronics as technologists work out ways to exploit their unique properties. Graphene, for example, has been used to make flexible sensors that can been sewn into garments — or now actually 3-D printed directly into fabrics using new additive manufacturing techniques. When added to polymers, graphene can yield stronger yet lighter airplane wings and bicycle tires.

Hexagonal boron nitride has been combined with graphene and boron nitride to improve lithium-ion batteries and supercapacitors. By packing more energy into smaller volumes, the materials can reduce charging times, extend battery life, and lower weight and waste for everything from smart phones to electric vehicles.

Whenever new materials enter the environment, toxicity is always a concern. It’s smart to be cautious and to keep an eye out for problems. Ten years of research into the toxicology of graphene has, so far, yielded nothing that raises any concerns over its effects on health or the environment. But studies continue.

The invention of 2-D materials has created a new box of powerful tools for technologists. Scientists and engineers are excitedly mixing and matching these ultrathin compounds — each with unique optical, mechanical and electrical properties — to produce tailored materials optimized for a wide range of functions. Steel and silicon, the foundations of 20th-century industrialization, look clumsy and crude by comparison.

This is part of a series on the top 10 emerging technologies of 2016, developed in collaboration with Scientific American. 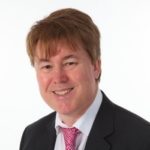