This One Goes To 14: The Haliade-X, The Most Powerful Wind Turbine, Moves The Bar Again 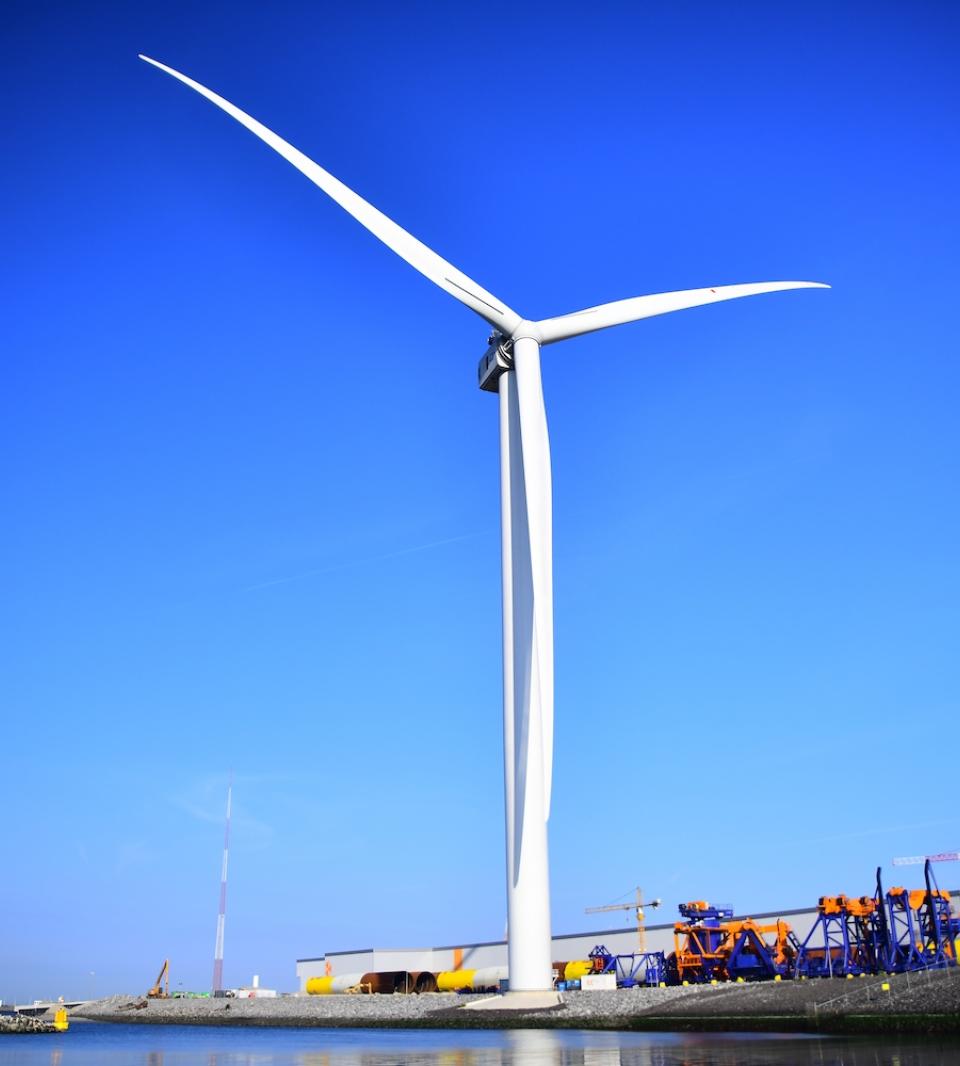 A few years ago, when GE Renewable Energy announced plans to build an offshore wind turbine so powerful it could generate enough electricity to supply the equivalent of 16,000 European homes, the project began on the desk of GE engineer Vincent Schellings and his team. “We asked ourselves, ‘What is the biggest rotor we would still feel comfortable with?’” Schellings recalls, “and then we pushed ourselves some more.”

The product of the effort is the Haliade-X, the most powerful wind turbine ever built. In 2019, the turbine was named one of Time magazine’s best inventions of the year, and Schellings, chief technology officer for offshore wind at GE Renewable Energy, was recognized in the September issue of Fast Company as one of 2021’s “most creative people in business.”

But that’s not the end of the story. The initial model of the Haliade-X produced 12 megawatts — and even at that level, a single rotation of the machine’s blades could generate enough power to supply the equivalent of one U.K. household for two days. But when GE Renewable Energy engineers started testing a Haliade-X prototype in Rotterdam in 2019, they found it could be optimized to produce more power.

They were right. After reaching 13 MW last year, the prototype has started operating at 14 MW, making GE Renewable Energy the first industry player to operate a turbine at this power output. “When we first commissioned our Haliade-X prototype in November 2019 at 12 MW, we made a big leap forward in the industry,” Schellings says. “Over the past two years we have learned a lot about operating and optimizing the performance of our Haliade-X platform, enabling us to uprate the Haliade-X platform to 14 MW today.”

GE said in a news release that one of the 14 MW machines “can generate up to 74 gigawatt-hours* of gross annual energy production, saving up to 52,000 metric tons of CO2, which is the equivalent of the emissions generated by 11,000 vehicles** in one year.”

Getting more power from a single turbine means that wind farm operators will need fewer turbines at each wind farm. “In addition to less capital expenditure, this also simplifies operations and maintenance, and helps to improve the affordability and accessibility of renewable energy for customers and consumers around the world,” GE said in the news release.

The Haliade-X was also selected for the Vineyard Wind project, off the coast of Martha’s Vineyard in Massachusetts. Those machines will be rated at 13.6 MW.

In September GE Renewable Energy also received the official planning approval for its new wind turbine blade factory in Teesside, England. The plant will make wind turbine blades that measure 107 meters from tip to root for the Haliade-X’s 220-meter rotor.

* Gross performance based on wind conditions on a typical German North Sea site.
** According to the EPA Greenhouse Gas Equivalencies calculator.