The Virus Hunters: A Tiny Sensor In GE Development Could Enable Smartphones To Detect COVID-19 Coronavirus

One of the most daunting aspects of the COVID-19 pandemic involves tracking the spread of the microscopic, airborne coronavirus causing the disease. But what if you could spot its presence via your smartphone?

It’s not as far-fetched as it sounds. GE researchers are working on a sensor smaller than a fingertip that could find viruses and pathogens in the air. Led by Radislav Potyrailo, a principal scientist at GE Research in Niskayuna, New York, the team received a two-year research grant from the National Institutes of Health to build the tiny device.

The group’s success could mean that, in the future, smartphones and smartwatches equipped with such sensors could help users detect not only the SARS-CoV-2 virus causing COVID-19, but potentially other pathogens and irritants. “One of the first lines of defense against any virus is avoiding exposure, which is easier said than done when you can’t see it,” Potyrailo says. “Through our project with the NIH, we are developing a sensor small enough to embed in a mobile device that could detect the presence of the COVID-19 virus.”

The project will draw on GE’s years of experience with developing industrial sensors that can detect minute amounts of gases and chemicals in the environment in the presence of dust and other common chemical and biological contaminants. Like a digital bloodhound, the technology is programmed to isolate and identify a specific pathogen while excluding the interference of other particles. “The holy grail is to detect a single virus particle,” Potyrailo says.

The finished project will produce a microchip smaller than a dime with nanowells, or tiny pores, that can be activated only by a particular molecule — in this case, a molecule from the coronavirus causing COVID-19. “In each of those nanowells there are bioreceptors that are designed to recognize only the virus particle they were designed for,” Potyrailo says. “If some flu particle or pollen or bacterium appears, it won’t be recognized. It’s like a lock and key.”

The team’s goal is to build a chip able to determine the amount of the SARS-CoV-2 virus in the sample. This is important because this so-called viral load can affect the severity of the illness and its outcome. While the goal of this project is to make a small sensor, the technology could also be applied in larger machines to detect the presence of germs and viruses in expansive settings, such as factories, classrooms and food-processing facilities. 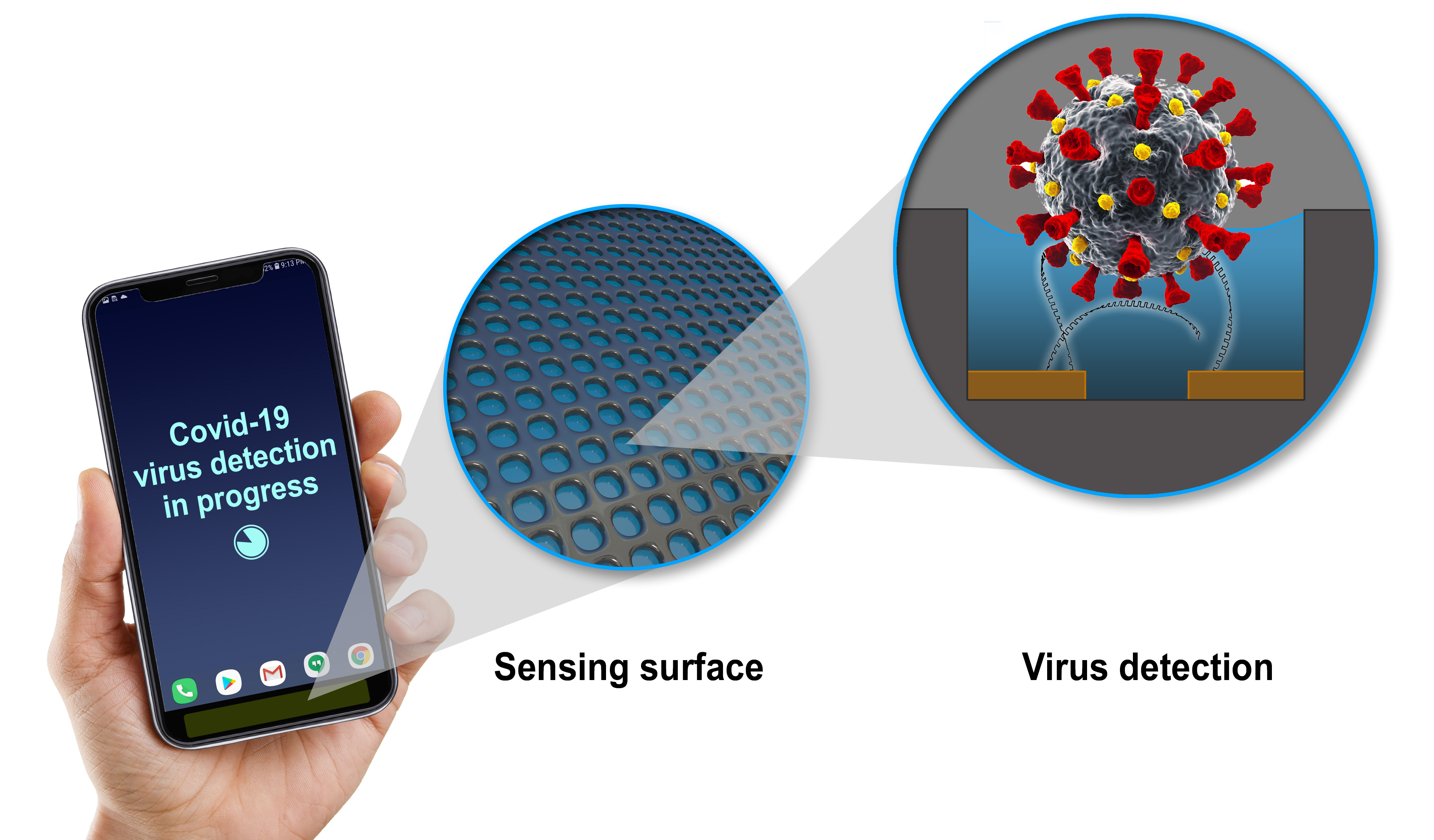 Potyrailo came to the U.S. in 1993 from Ukraine to study analytical chemistry at Indiana University in Bloomington. He has visited scientific libraries from Moscow to Manhattan and corresponded with scientists all over the world, all in the name of curiosity. “It’s all about finding the knowledge that is out there and then building a bridge to the future,” he says. “A day in the library is worth a year in the lab.” He likes to pore over the footnotes of scientific journal articles looking for details about how others have tried and failed — or succeeded — and the nuances of their experiments.

Potyrailo, whose background is in optoelectronic engineering, also finds inspiration in nature. In an earlier project, he and his research team studied the ridges on the wings of iridescent Morpho butterflies to understand how they absorb and bend light. They used the observations to make a special film for Homeland Security that detected toxic chemicals.

His most recent achievement is an improvement on gas sensors, which alert people to the presence of dangerous chemicals for industrial safety. Small as a grain of rice and impervious to changes in temperature, these new gas sensors could be used someday in drones or in wearable applications to help keep people, labs, and factories safe. Last May, the discovery made the cover of the journal Nature Electronics.

The inspiration for his coronavirus sensor came from the extent of the pandemic’s impact on the world. “Societal need for me was the biggest driver,” Potyrailo says. He notes that other global crises, such as World Wars I and II, have led to advancements in analytical instruments — such as mustard gas detectors — as scientists have sought to meet new needs brought on by the fighting.

“It’s the beginning of the journey,” he says. “We are grateful that we have this opportunity.”