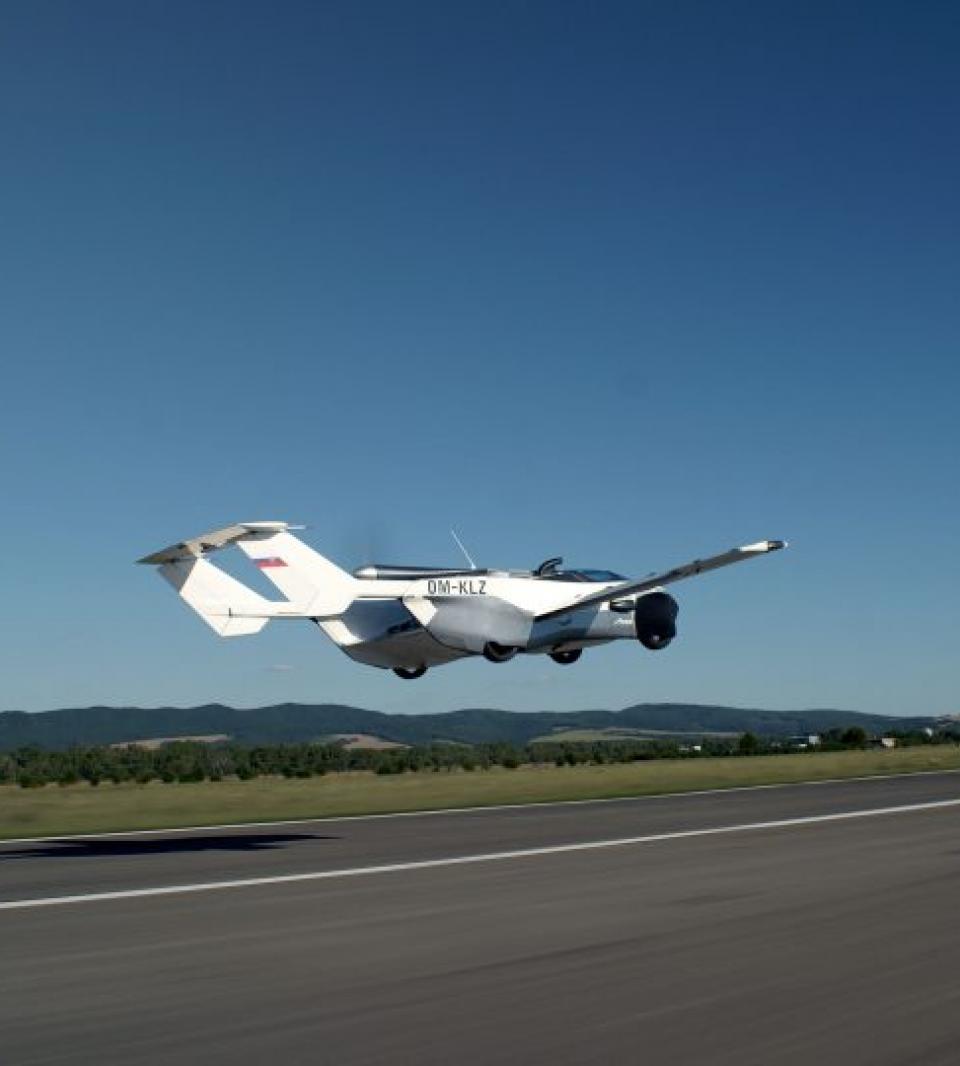 Pacemakers that dissolve into the body, paper that can cool a building, and cars that can sprout wings and fly. The coolest things this week are changing before our very eyes.

We Were Promised Flying Cars — And Now We Have Them 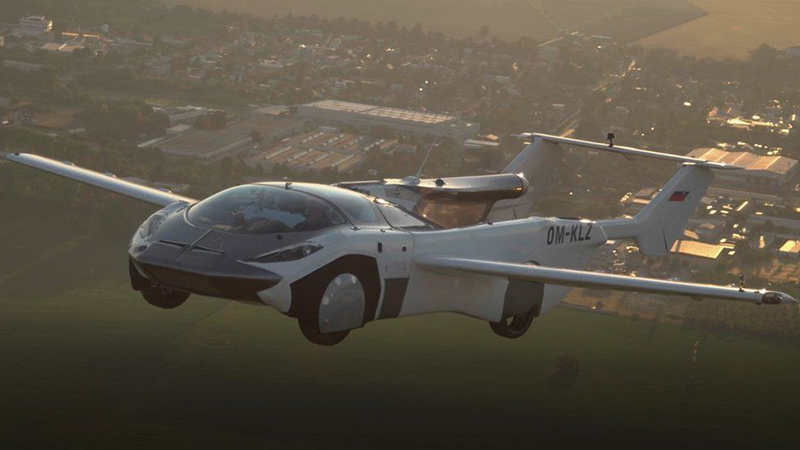 What is it? An R&D firm successfully took a flying car on a 35-minute flight between airports in Slovakia.

Why does it matter? It’s pretty cool and it could be a new business. “There are about 40,000 orders of aircraft in the United States alone,” Anton Zajac, a co-founder and adviser at Klein Vision, which developed the AirCar told BBC News. “If we convert 5% of those, to change the aircraft for the flying car — we have a huge market.”

How does it work? The AirCar, which one avionics expert described as “the lovechild of a Bugatti Veyron and a Cessna 172,” uses a 160-horsepower BMW engine with regular gasoline to power a fixed propeller that sits behind the driver. The vehicle can carry two passengers and fly at a cruising speed of 118 miles per hour, at an altitude of 8,200 feet, with a range of 600 miles. It takes just over two minutes for the wings to unfold for a runway takeoff. 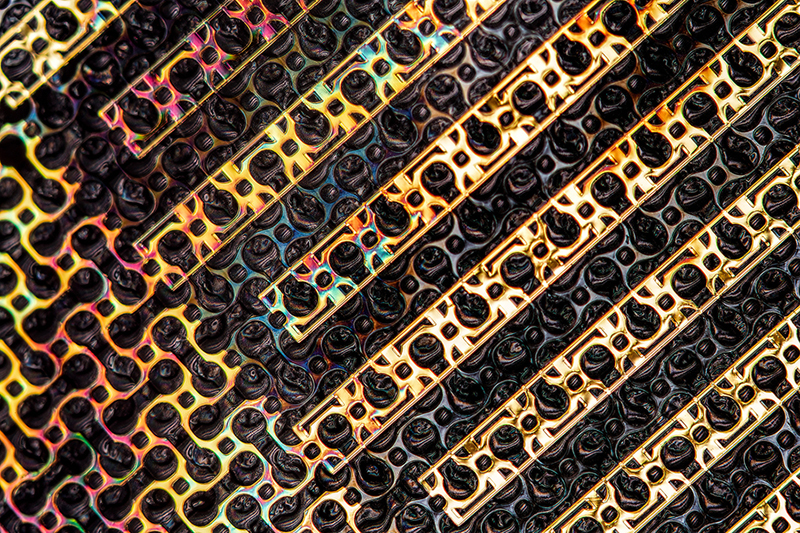 What is it? An MIT research team working in South Korea has developed an ultrathin, perspiration-proof “electronic skin” that stretches to conform to human skin and has sensors embedded within it to monitor the wearer’s health.

Why does it matter? The new material, developed by engineering and electronics researchers from MIT in collaboration with Amorepacific, a South Korean cosmetics company, contains tiny pores similar to those in human skin, creating a pathway for sweat to move through. Potential uses could include more effective human health monitoring than with current wearable technology and the ability to sense abnormalities that suggest the presence of skin cancer.

How does it work? After they devised a simple hole pattern that mimicked the spacing of pores in human skin and found that the material was not stable, the team experimented with a dumbbell-like pattern that incorporated thin channels connecting each hole. This made it possible for the patch to bend and flex with the wearer’s movements. The concept drew on the same principles behind kirigami, the Japanese art of paper cutting. Next, the team will look for ways to give the skin patch more durability so it can be worn in the shower and stand up to friction over time. 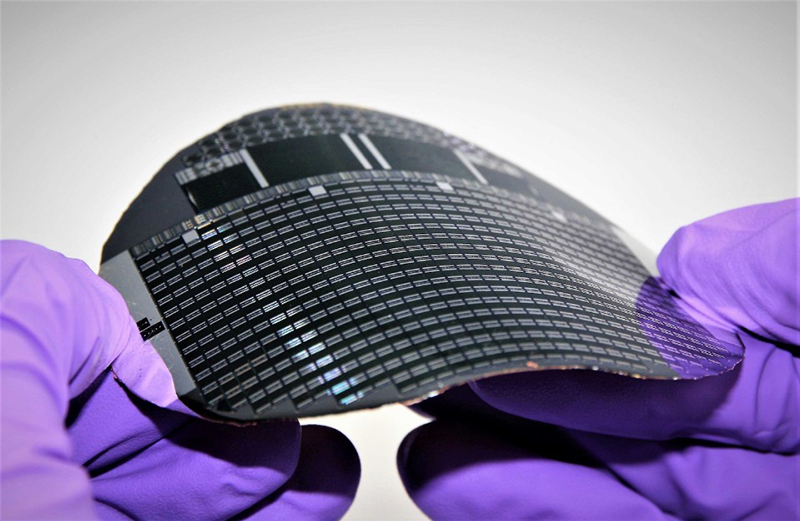 What is it? A German research institute has achieved a record 68.9% conversion efficiency rate in a solar cell for potential use in laser energy power transmission.

Why does it matter? Photovoltaic cells can use sunlight to generate electricity. But in combination with a laser, they can also transmit power. This “power by light” can provide electricity wirelessly or by way of optical fibers. In combination with optical communication, it can also provide a data transmission link that opens up a plethora of applications, from monitoring wind turbines and high-voltage transmission lines to powering medical implants and “Internet-of-Things devices.” The new cell, developed by the Fraunhofer Institute for Solar Energy Systems, bested the previous highest conversion efficiency rate of around 35%.

How does it work? Using a thin photovoltaic cell made of gallium arsenide, the researchers applied a conductive, highly reflective mirror to the back surface of the cell. The physics is complicated, but this is an “impressive result that shows the potential of photovoltaics for industrial applications beyond solar power generation.” The research paper was published by Physica Status Solidi.

The Coolest Use Of Paper Ever

What is it? A Northeastern University engineering professor has developed a “cooling paper” that could be applied to the roofs of buildings to reduce inside temperatures by up to 10 degrees Fahrenheit.

Why does it matter? To reduce utility bills and mitigate global warming, the effort to make homes and commercial buildings more energy-efficient through the use of reflective exterior surfaces is already well underway. But because heat is generated inside buildings by appliances and the presence of human bodies, there are also gains to be realized by sucking that warmth out of the building. Yi Zheng and colleagues at Boston’s Northeastern University announced that they’ve developed a “superhydrophobic and recyclable cellulose-fiber-based” product made from simple recycled paper that moves warm air out of a building.

How does it work? The principle is called passive daytime radiative cooling (PDRC); it involves reflecting sunlight at the same time as it thermally radiates heat into the Earth’s “atmospheric window.” Zheng and his team pulped regular recycled paper to create a cellulose-fiber-based composite that they then coated with the chemical used in Teflon. This allowed their material to absorb wavelengths of visible light to radiate heat away from a surface and at the same time achieve effective radiative cooling. Their findings appeared in the American Chemical Society’s journal Applied Materials & Interfaces. 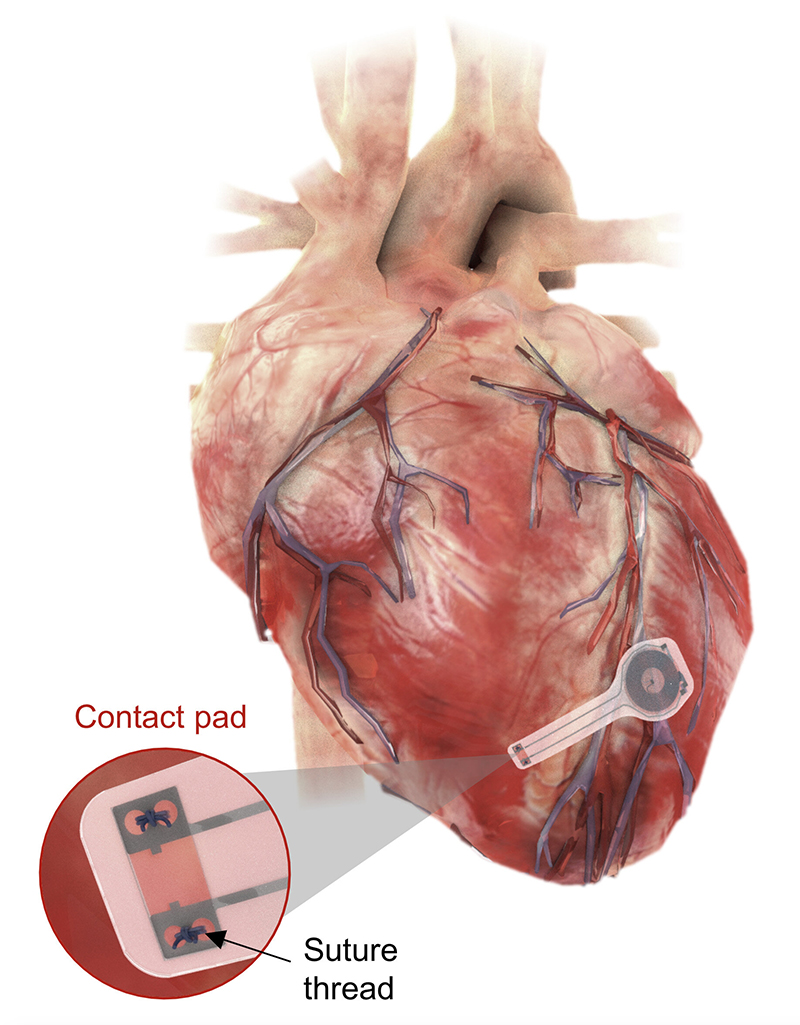 What is it? Northwestern and George Washington University researchers have created the world’s first transient pacemaker, which dissolves into the body when it’s done its work.

Why does it matter? For heart surgery patients who need temporary pacing or for those who are awaiting a permanent pacemaker, the tiny implantable device would allow for short-term heart rhythm maintenance. In addition, “the bioresorbable materials at the foundation of this technology make it possible to create a whole host of diagnostic and therapeutic transient devices for monitoring progression of diseases and therapies, delivering electrical, pharmacological, cell therapies, gene reprogramming and more,” said Igor Efimov, a GWU researcher who co-led the study, published in the journal Nature Biotechnology.

How does it work? The flexible device can be implanted directly on the heart’s surface, where tiny electrodes introduce an electrical pulse. The pacemaker weighs half a gram, is only a quarter-millimeter thick and is designed to work for a few days or several weeks before eventually absorbing into the bloodstream. “With further modifications, it eventually may be possible to implant such bioresorbable pacemakers through a vein in the leg or arm,” said Rishi Arora, a Northwestern Medicine cardiologist who co-led the study.