The world’s first digital fiber, a microscope that shrinks light and an antibody nasal spray for treating COVID-19. This week’s coolest things are getting smaller and smaller.

Wear Your Data On Your Sleeve 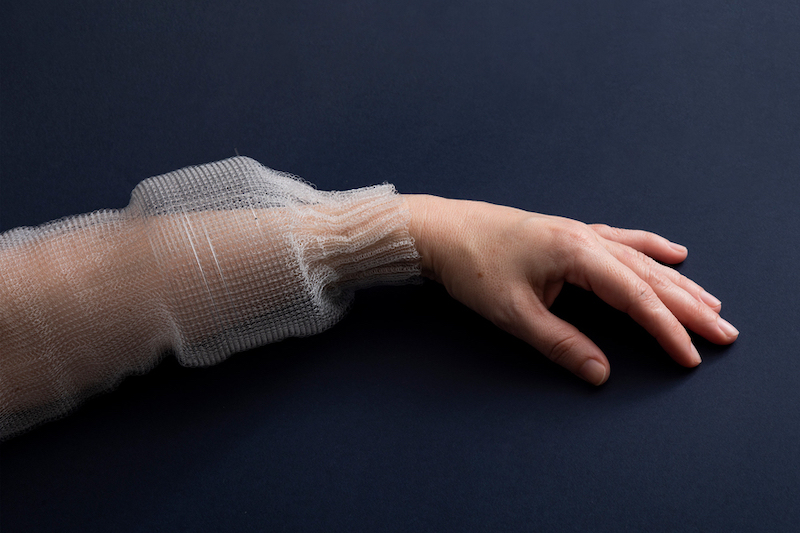 What is it? Researchers at MIT have created a smart digital fiber that can be sewn into a garment, where it senses movement and stores data to analyze its wearer’s activities.

Why does it matter? Functional fibers already exist, but they’re analog and require multiple fibers for multiple functions. This new fiber is the first to store information in digital form, as 0s and 1s, which allows it to pull in sensory information from the person wearing it. Eventually, it can build neural networks that learn from the data and offer insights about the body. The potential applications range from analyzing athletic performance to detecting disease or an irregular heartbeat. “This type of fabric could give quantity and quality open-source data for extracting out new body patterns that we did not know about before,” says Gabriel Loke, one of the researchers on the study, which was published in Nature Communications.

How does it work? To develop the polymer fiber, researchers created a preform, then added hundreds of square silicon microchips. They carefully added polymer to fill the form, connecting the row of chips. This allowed electricity to flow continuously down the length of the fiber, traveling for dozens of feet. The MIT team, which collaborated with researchers from the Rhode Island School of Design’s textile department, controlled the fiber using an external device, so their next step will be to devise a microcontroller chip that can reside within the fiber itself. “When we can do that, we can call it a fiber computer,” Loke says. 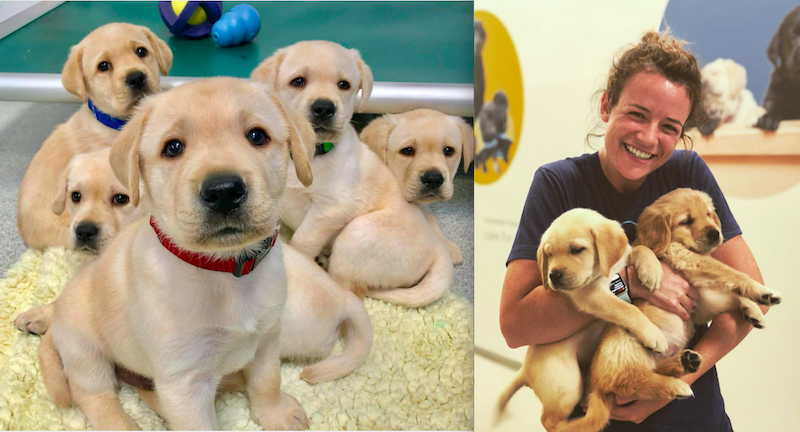 What is it? A team at the University of Arizona found that genetics may be more important than we realized for a dog’s social intelligence.

Why does it matter? Child development studies have revealed how strongly humans are wired for social interaction, but researchers assume that canines have to learn and practice how to communicate with humans. Evan MacLean, an anthropology professor at Arizona who co-authored a new study on dogs’ social intelligence, contends we haven’t truly studied the biological basis for dogs picking up on human social cues — until now. “There’s always been debate about to what extent is this really in the biology of dogs, versus something they learn by palling around with humans,“ MacLean said. The Arizona researchers, whose study was published in the journal Current Biology, found that genetic factors are responsible for more than 40% of the variation in dogs’ ability to complete socially focused tasks. This may help researchers identify breeds — and even individual dogs — that would make good service animals.

How does it work? The team tested 375 8-week-old puppies from Canine Companions for Independence, a service dog provider. All the subjects had had limited human contact, so it was likely they hadn’t learned much yet from human handlers. The team put each puppy through four tasks, testing their ability to follow pointing cues and how long they held eye contact with humans. The puppies’ pedigrees and relatedness were documented, which allowed researchers to conclude that 40% of the tested traits were inherited. Next the team hopes to identify specific genes that could explain why some dogs can more readily communicate with people.

Honey, I Shrunk The Light! 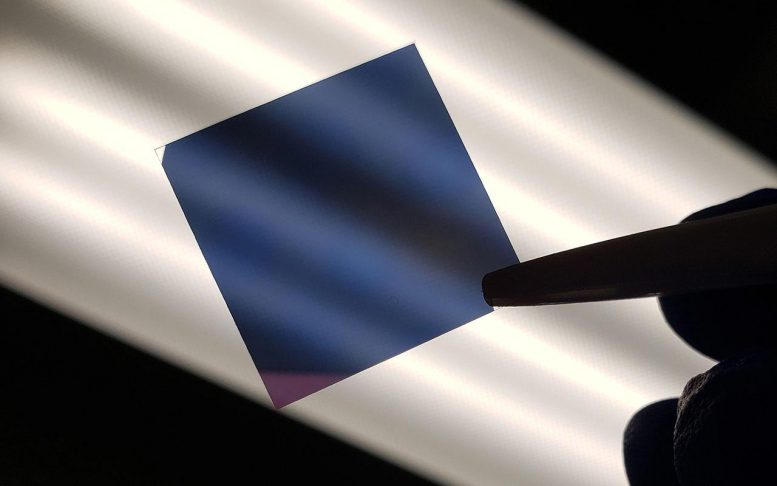 What is it? Electrical engineers at the University of California, San Diego have developed an advanced imaging material that improves light microscopes’ resolution to depict living cells in much greater detail.

Why does it matter? Electron microscopes, which allow us to observe objects at the subcellular level, don’t work for living cells because they require a vacuum. “The major challenge is finding one technology that has very high resolution and is also safe for live cells,” said UCSD professor Zhaowei Liu, corresponding author of a study, published in Nature Communications, that sought to advance this research. By shrinking light waves, the team was able to use a light microscope to see inside living cells at up to 40-nanometer resolution — five times closer than a conventional light microscope, which has a limit of 200 nanometers.

How does it work? Researchers created a light-shrinking material, called a “hyperbolic metamaterial,” by alternating super-thin layers of silver and silica glass. The material scatters the light that passes through it, which results in “a series of random high-resolution speckled patterns.” Then, a reconstruction algorithm pieces together those patterns into a single high-resolution image. “It’s very simple and easy to use,” said Liu. “Just place a sample on the material, then put the whole thing under a normal microscope — no fancy modification needed.” The team now plans to combine the technology with ultra-high-axial resolution, enabling high-resolution imaging in three-dimensional space. 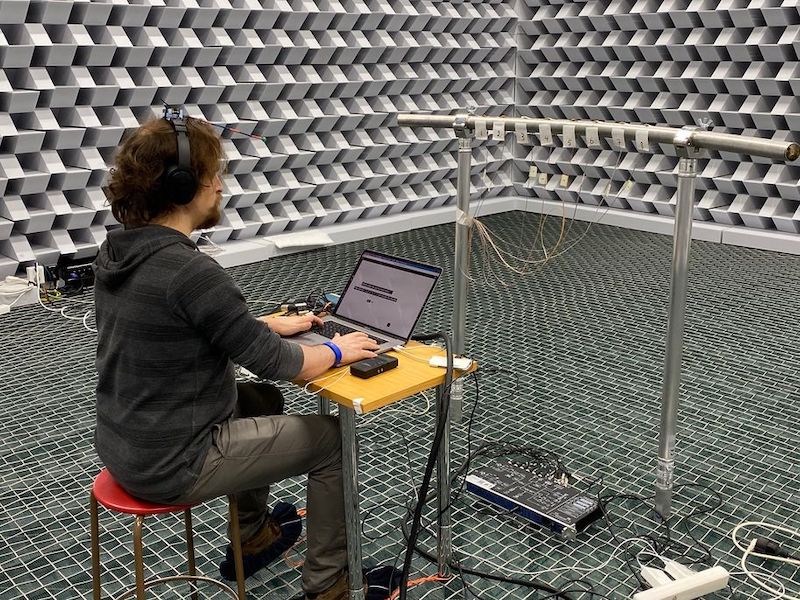 What is it? Researchers at Finland’s Aalto University developed a technology that lets humans hear at ultrasonic frequencies and better detect the direction of sounds.

Why does it matter? While scientific advances have allowed humans to hear “ultrasonic” frequencies over 20,000 hertz, like those emitted by bats, we haven’t been able to locate the tiny mammals by sound alone. “We used bats in their natural habitat as sources of ultrasonic sound. With our new technique, we can now hear the directions-of-arrival of bat sounds,” said Ville Pulkki, co-author of a new study on ultrasonic hearing, published in Scientific Reports. This means “we can track bats in flight and hear where they are — we’re essentially giving ourselves super hearing.” Pulkki said the audio technology has more practical applications, like identifying dangerous gas leaks. “Minor pipe leaks often produce strong ultrasound emissions not detected by normal hearing. The device allows us to spot the sound source quickly.”

How does it work? The researchers began by mounting evenly spaced ultrasonic microphones on a small rigid sphere. They then used a computer to shift the pitch of the incoming signals down to frequencies the human ear can process. Finally, they performed a sound-field analysis to reconstruct the direction in which the signal traveled. While past experiments turned this into visual information, these researchers recomposed it in audio form. When the result was played through headphones, listeners could detect the direction the sound was moving. Researchers think the entire mechanism could one day be built into headphones. 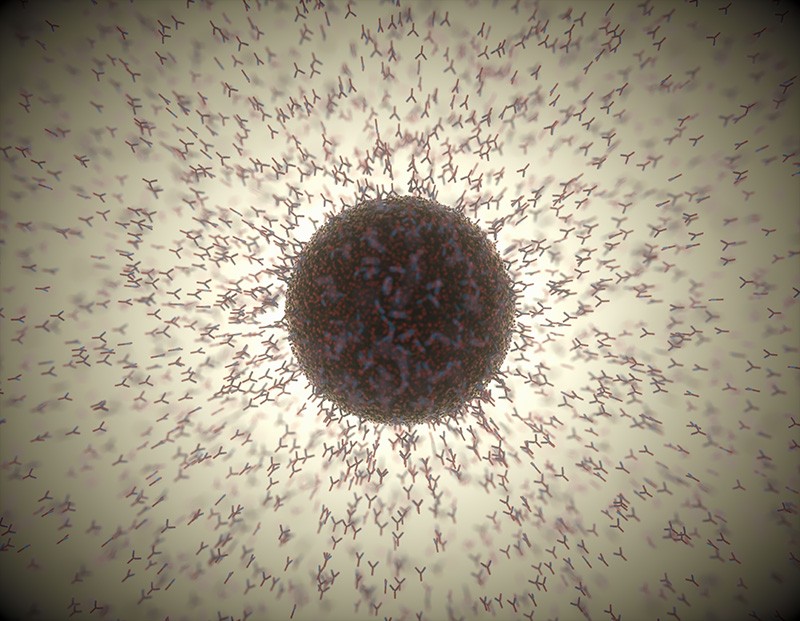 What is it? A research team in Houston has developed an antibody treatment for COVID-19 that’s inhaled through the nose.

Why does it matter? So far, antibody therapies in COVID-19 patients and vaccine-resistant people have required high-dose IV injections. Delivery by nasal spray, which bypasses the bloodstream and reaches the lungs directly, could be effective in smaller doses. Antibody engineer Zhiqiang An and his colleagues at the University of Texas Health Science Center found in mice trials that spraying the antibodies into the nose dramatically reduced the virus’s presence in the lungs two days after infection. The team’s findings were published in Nature.

How does it work? The researchers created a hybrid antibody by splicing together immunoglobulin G (IgG), which is effective against the coronavirus but relatively slow acting, and immunoglobulin M (IgM), which works faster but is less targeted to virus variants. The resulting antibodies were much more effective against 20 variants of the virus. Researchers envision their nasal spray being available at pharmacies in the future.