A nano-vaccine that knocks out the flu, gene editing against blindness, and a visualization software that could help athletes bounce back from injuries. This week’s coolest things have healing properties. 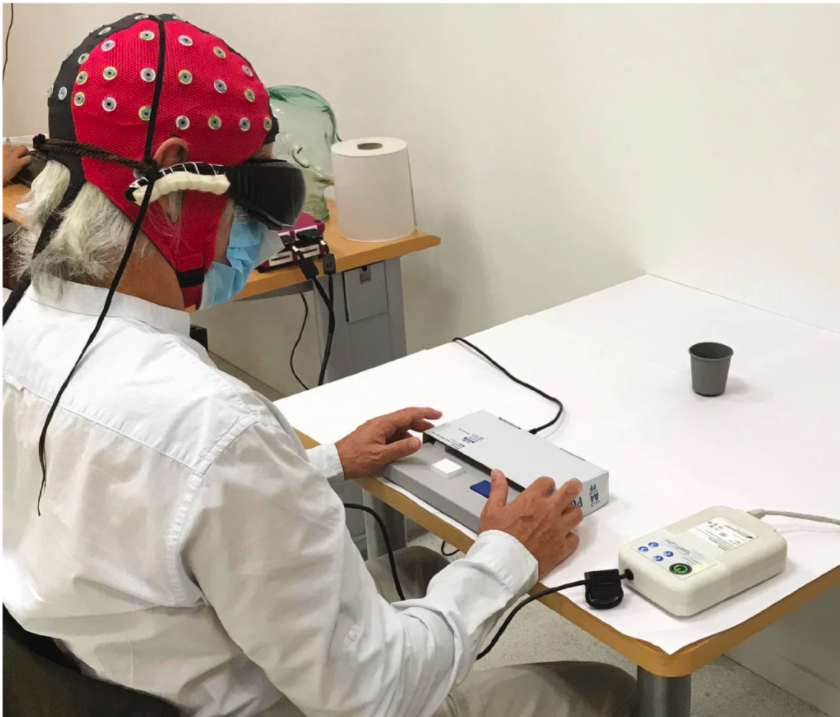 What is it? Researchers partially restored a blind patient’s vision by manipulating light-sensing proteins in the man’s retina, the part of the eye that sends signals to the brain.

Why does it matter? The treatment used a gene-editing technology called optogenetic therapy, which researchers have been studying for nearly 20 years. This breakthrough result from researchers in France and Switzerland and at the University of Pittsburgh marks the first time optogenetics has successfully restored function lost to any neurodegenerative disease. The team published its research in the journal Nature Medicine.

How does it work? Researchers injected into the patient’s eye a virus component carrying the genetic recipe encoding a protein called ChrimsonR, which is found in glowing algae. They used the protein to activate the retina’s ganglion cells, neurons that help the brain convert information into images. With these nerves reactivated, the patient was trained with specialized goggles that converted the incoming light to a wavelength the retina could process more easily. “It’s something that’s going to need refinement,” says Dr. Richard Rosen, chief of retinal services for the Mount Sinai Health System in New York, “but the proof of concept is really spectacular.” 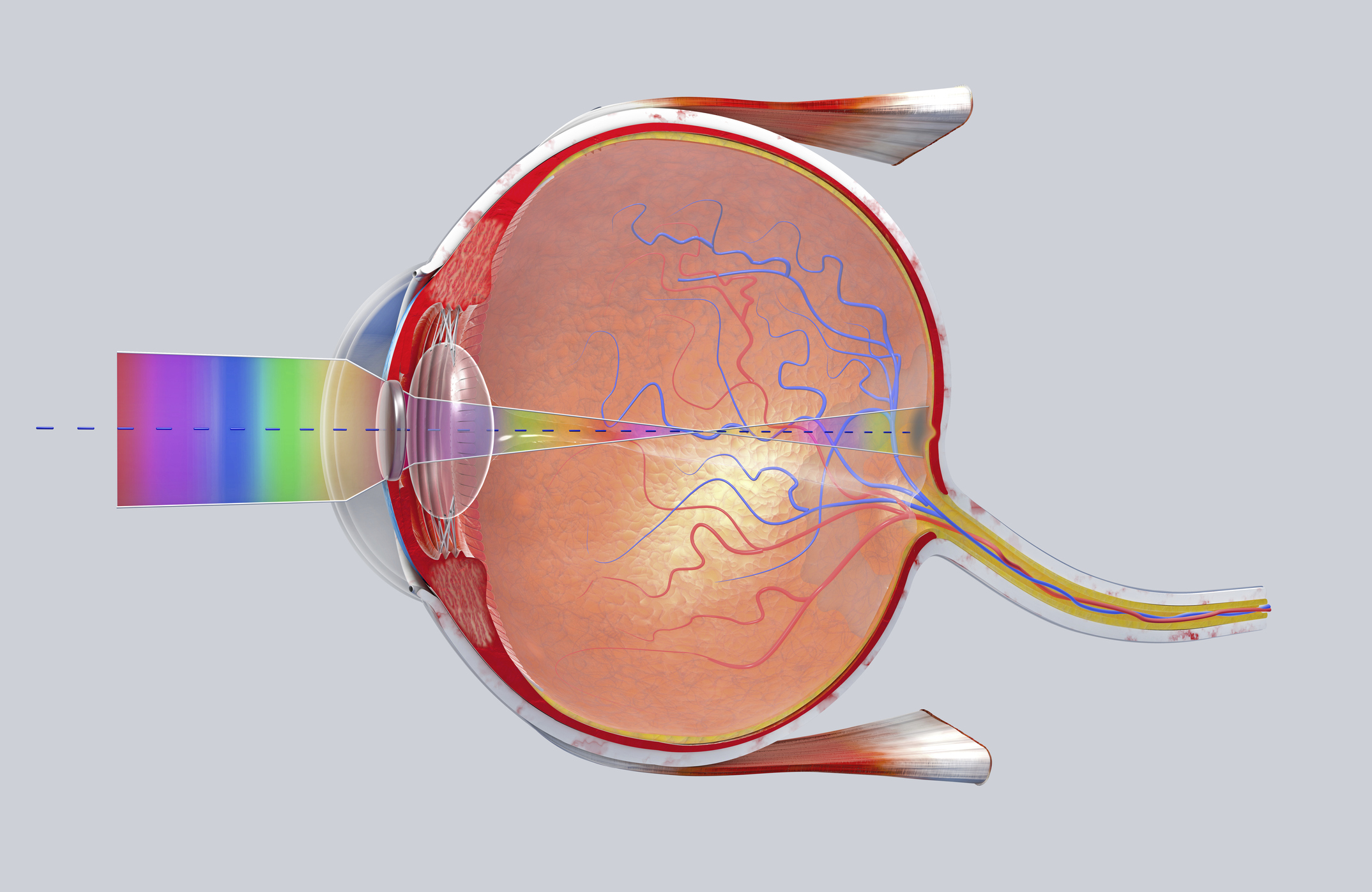 What is it? There are other ways to help people with impaired vision. An advanced computer model could improve clarity, detail and color vision function in retinal prosthesis, or bionic eyes.

Why does it matter? A prosthesis already in use, called the Argus II, can reproduce a few basic functions of the retina, helping some users recognize movement and shapes. “Our goal now is to develop systems that truly mimic the complexity of the retina,” said Gianluca Lazzi, a professor at the University of Southern California and an author of a new study in the journal Scientific Reports.

How does it work? Researchers reproduced “the shapes and positions of millions of nerve cells in the eye” by creating an advanced computer model of ganglion cells, which deliver information to the brain via long strands called axons. They found a way to target ganglion cells with electrical pulses more precisely, while avoiding the axons, whose stimulation can distort the retina’s signals if triggered accidentally. “Things that we couldn’t even see before, we can now model,” Lazzi said. 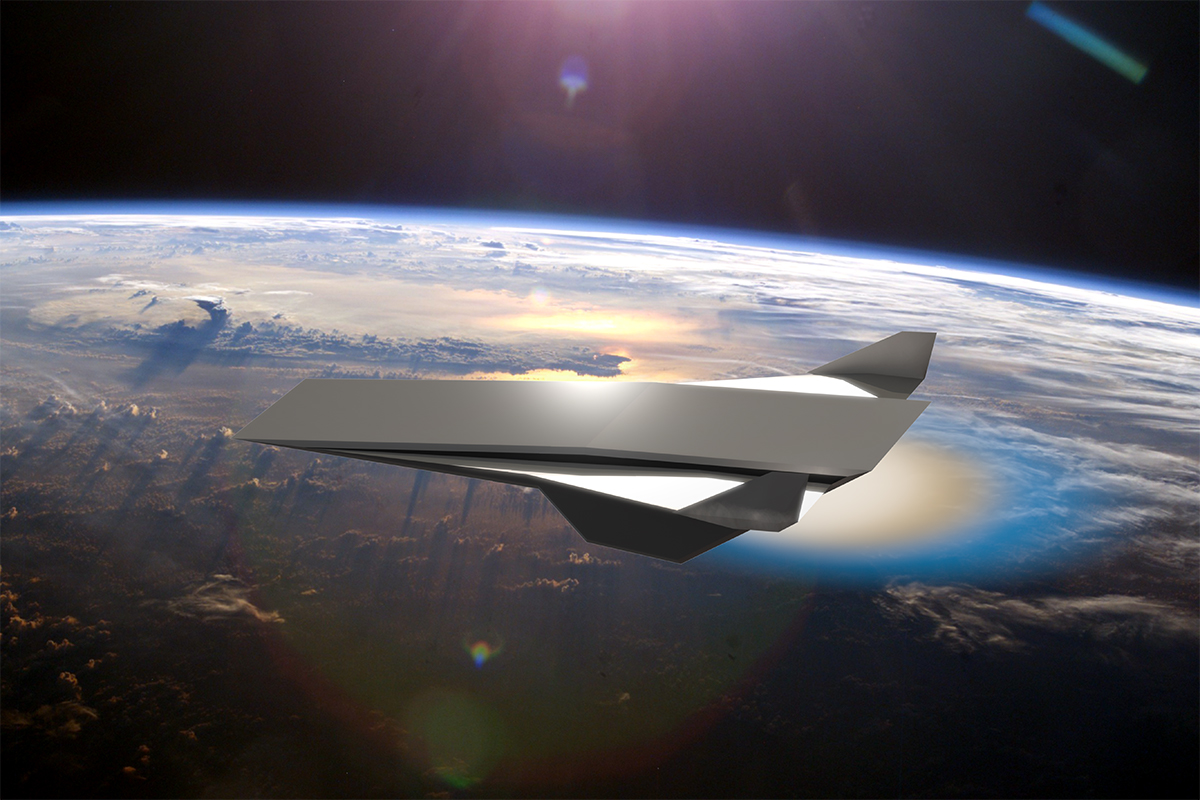 What is it? Scientists found a new method that could help propel aircraft at 13,000 miles per hour.

Why does it matter? Reaching speeds of Mach 6 to Mach 17 (or 4,600 to 13,000 mph) could potentially cut flight time between New York and Los Angeles to as little as 30 minutes. The design could possibly also power rockets. The research, a joint effort of the University of Central Florida (UCF) and the U.S. Naval Research Laboratory, was published in PNAS.

How does it work? The idea behind the research came from a supernova — the bright explosion created by a dying star. The team refined “the right mix of chemicals, heat, pressure and turbulence” to generate supersonic shockwave from a subsonic detonation wave. “This is the first time a detonation has been shown to be stabilized experimentally,” said study co-author Kareem Ahmed, an associate professor at UCF. “It’s almost like freezing an intense explosion in physical space.” 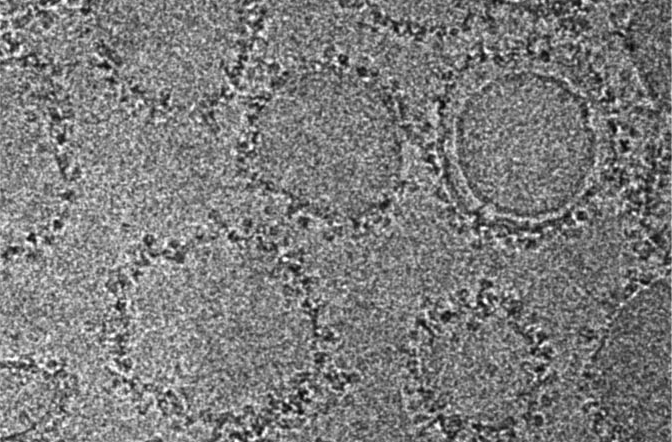 What is it? University at Buffalo scientists have created an experimental flu vaccine that uses billions of nanoparticles to deliver disease-fighting proteins.

Why does it matter? The technology could help make seasonal flu vaccines more effective. It could be produced more quickly than other flu vaccines, which are traditionally created in chicken eggs. And it could be effective at much smaller doses — one thousand times smaller than existing options — potentially helping to expand supply and making it easier for manufacturers to respond to a mutating virus. A study on the vaccine was published in the journal PNAS.

How does it work? Researchers developed a liposome, a tiny, spherical sac that can act as a delivery vehicle for drugs or other treatments. This liposome, called cobalt-porphyrin-phospholipid, or CoPoP, targets the virus proteins that trigger immune response. CoPoP converts these proteins into more nanoparticles, which then attach to the liposomes and help strengthen the body’s defenses. The underlying technology could be used to develop multiple vaccines: Researchers are working on binding proteins from distinct flu strains to offer broad immune protection.

What is it? High-tech sensors and visualization software could help athletes learn and quickly improve skills like pitching a baseball.

Why does it matter? The new platform, developed at the Massachusetts Institute of Technology Immersion Lab, could help players improve their skills in a shorter period of time. It might also help people bounce back from sports injuries.

How does it work? Wireless sensors on the athlete’s body measure a slew of technical aspects, including stride length, arm extension, hip and shoulder movement, and the force his or her feet create when pushing off the ground. Some sensors plot position and body movement; others track physiological changes, like muscle rotation and pressure. Motion-capture frames pair footage with the matching data, which a coach and player can review and use to refine technique.