Scientists devised a microscopic “submarine” that could ply the deepest interiors of the human body, delivering drugs to the exact places they’re needed, while engineers built a prototype of an “air taxi” powered by hydrogen fuel cells, and astronauts on board the International Space Station studied the effect of cosmic radiation on DNA. We’re way past planes, trains, and automobiles in this week’s coolest scientific discoveries. 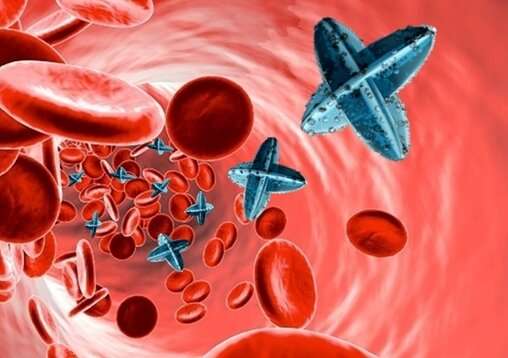 
What is it? Someday, microscopic “submarines” could sail through the human body and make deliveries of highly targeted drug treatments, and a team of researchers from the University of New South Wales have just developed a proof-of-concept of how such a delivery system could work. They explained it in Materials Today.

Why does it matter? “Imagine you swallow a capsule to target a cancer in the gastrointestinal tract,” said Kang Liang, a researcher at both UNSW’s School of Biomedical Engineering and its School of Chemical Engineering, and the corresponding author. "Once in the gastrointestinal fluid, the micro-submarines carrying the medicine could be released. ... The drug-loaded particles can then be internalized by the cells at the site of the cancer. Once inside the cells, they will be degraded causing the release of the drugs to fight the cancer in a very targeted and efficient way."

How does it work? Liang’s microsubs are made from metal-organic frameworks and rely on a bioactive enzyme to generate gas bubbles for propulsion. They’re inspired, in part, by the way actual submarines function — how they adjust their buoyancy by using either air or water as ballast. The idea is for the microsubs to similarly move through 3D space, by using micromotors that can move up or down in reaction to pH conditions in human cells.

Top and above: Skai fits up to five passengers and is fueled by hydrogen cells. Designers say it can stay aloft for up to four hours and travel 400 miles on a single fueling, and can be recharged completely in just 10 minutes at a hydrogen fueling station. Top and above images credit: Alaka'i Technologies.


What is it? Another week, another concept for an air taxi that can take off and land vertically. This time it’s Skai, a vehicle from Massachusetts-based Alaka’i Technologies that carries five passengers and is fueled by hydrogen cells. Designers say it can stay aloft for up to four hours and travel 400 miles on a single fueling, and can be recharged completely in just 10 minutes at a hydrogen fueling station.

Why does it matter? Used to generate electricity for spacecraft like the Space Shuttle, hydrogen fuel cells are still an aspirational technology for more earth-bound vehicles, largely due to cost and lack of infrastructure — they don’t sell hydrogen down at the Pump N Go. The value of it, though, is that it’s a super-green fuel source, according to Alaka’i: “With the advantage of being 95% reusable and the remaining (99%) recyclable, Skai’s hydrogen fuel cells offer reliable, safe and environmentally clean emission comprised solely of heat and water.” Hydrogen fuel cells also provide a lot more energy density than batteries, which other air-taxi startups have focused on to power their craft.

How does it work? The vehicle — a prototype of which has just been unveiled and which could make its first flight “imminently” — is carried aloft by six rotors that generate a total 450 horsepower. Though they aim to eventually make it fully autonomous, its designers say that Skai will initially be piloted, according to Wired, and could first be used for non-taxi activities like cargo hauling and emergency services — which don’t require the same levels of FAA approval as passenger flight. 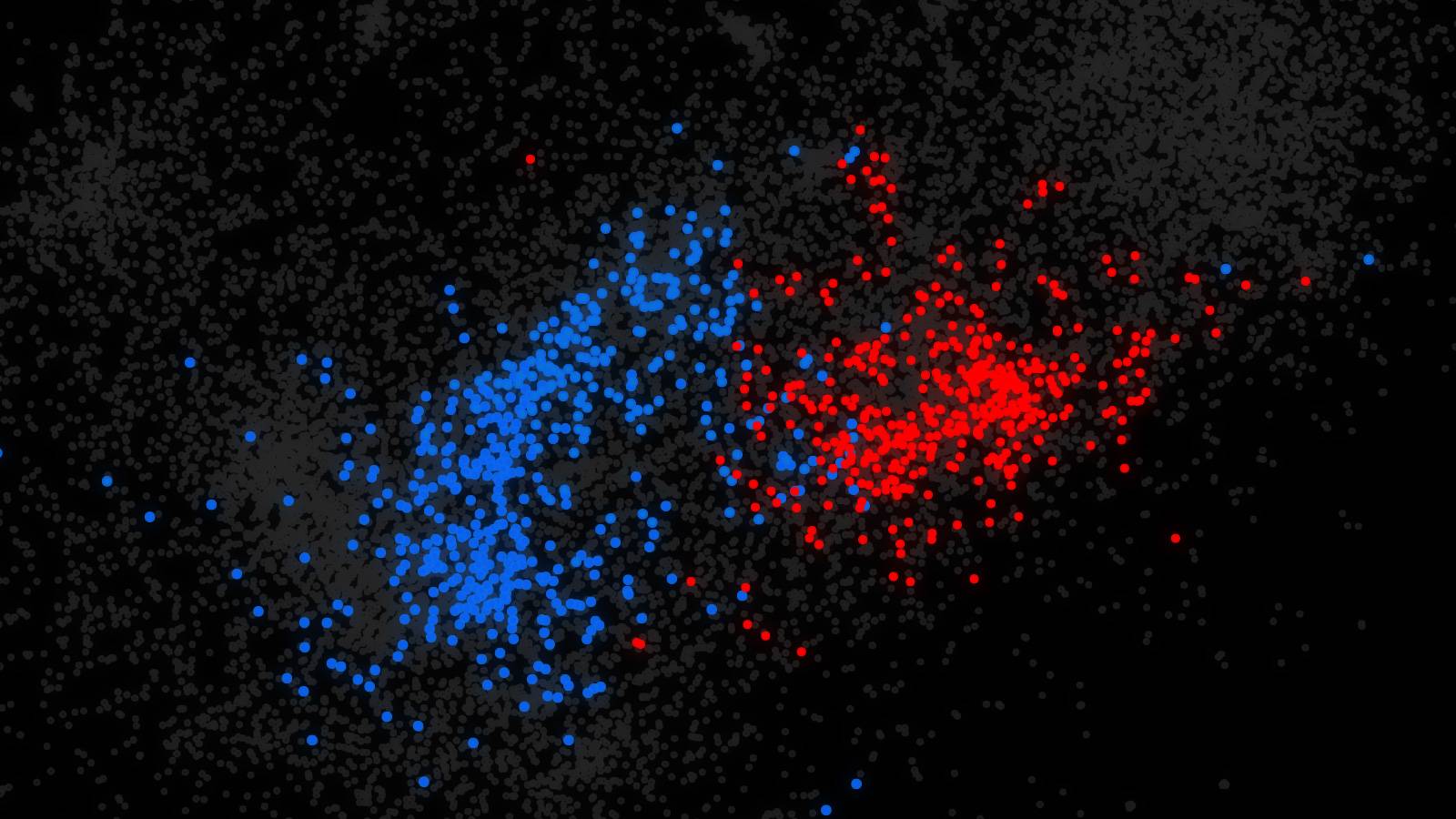 Research led by Olga Troyanskaya, a Princeton professor of computer science and genomics, has led to a new method for searching the entire human genome for mutations that affect how genes are regulated and predicting how those mutations might be associated with diseases such as autism. Genes predicted to be disrupted by regulatory mutations in people with autism tended to be involved in brain cell functioning and fell into two categories. One category (shown in blue) relates to synapses, communication hubs between neurons, and the other (shown in red) relates to chromatin, the highly structured form of DNA and proteins required for proper gene expression in chromosomes. Caption credit: Princeton University. Image courtesy of the researchers.


What is it? Researchers at Princeton are using artificial intelligence to do a job that was once considered impossibly complex: digging through the 99% of the human genome that doesn’t include genes encoding proteins and was previously considered “junk” to find mutations that might lead to things like autism.

Why does it matter? The method could provide a new way for scientists not just to uncover the genetic beginnings of autism but all sorts of conditions, including heart disease and neurological disorders. Until now, according to Princeton, “it was not possible to look across the entire genome for snippets of DNA that regulate genes and to predict how mutations in this regulatory DNA are likely to contribute to complex disease.” Olga Troyanskaya, a professor of computer science and genomics, and the senior author of the study in Nature Genetics, said, “This method provides a framework for doing this analysis with any disease.”

How does it work? There are 3.2 billion chemical pairs in the human genome, but researchers have previously focused on about 1%, with a lot of unknowns lurking in the remaining 99% of “dark” or “junk” DNA. The Princeton team developed an algorithm that uses deep learning to perform “successive layers of analysis to learn about patterns that would otherwise be impossible to discern” in the dark DNA — and then offer predictions about the effects of genetic mutations.


What is it? Engineers at the University of Sheffield have developed a “new family” of 3D-printed materials with a nonuniform, crystalline structure. They call them meta-crystals, and say they’re much stronger than materials built with a uniform lattice structure.

Why does it matter? By using lasers to build parts layer by layer out of fine powder, 3D printing is transforming manufacturing, allowing for the creation of complex bespoke products previously impossible to attain. The Sheffield team’s nonuniform technique is giving 3D-printed parts extra strength. The researchers said their material is “able to withstand almost seven times the energy before failure,” according to the university.

How does it work? When lattice structures are uniform, shear force applied from one direction can ripple through the entire structure, causing it to collapse; the random nature of the lattice in the Sheffield material works to prevent that, says the university: “A crack created by a shear force in any particular direction is slowed down or stopped when it meets a crystal where the atoms are aligned differently to the first.” The engineers were inspired by “naturally occurring polycrystalline materials” and created their material on an electron-beam printer manufactured by Arcam, which GE acquired in 2016. 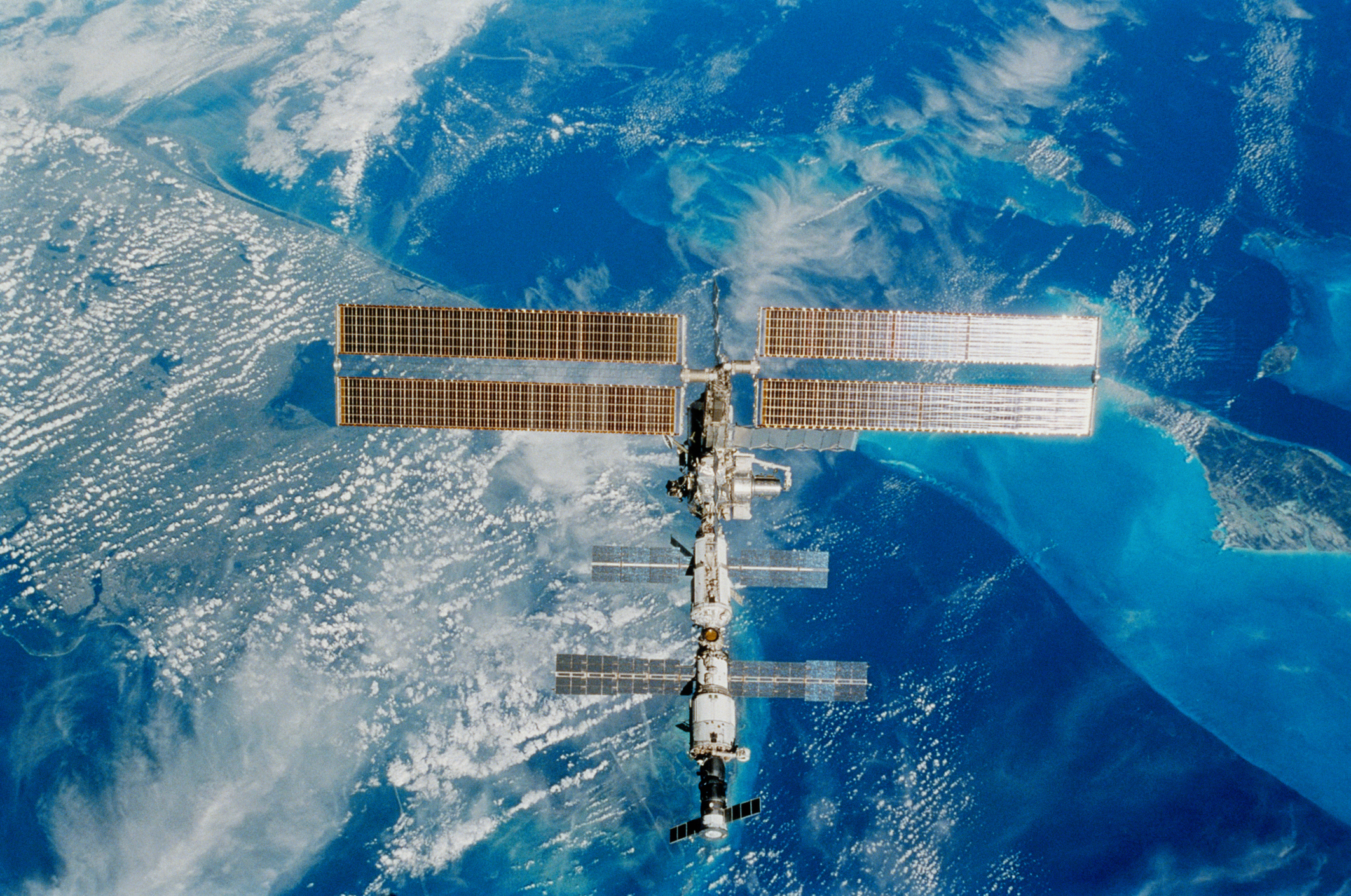 
What is it? In May, astronauts on the International Space Station used CRISPR/Cas-9 technology to successfully edit genes in space for the first time.

Why does it matter? Earth’s atmosphere protects those of us on the ground from cosmic radiation that can result in genetic damage — protection not afforded to astronauts, particularly those who spend long periods of time in space. NASA and other agencies are seeking to better understand the effects of cosmic radiation on DNA in order to protect the health of voyagers on long-haul journeys — say, those going to Mars or beyond.

How does it work? Astronauts brought a specific kind of yeast, Saccharomyces cerevisiae, aboard ISS and then used the gene-editing tool CRISPR/Cas-9 to intentionally damage the yeast’s DNA; then they could track how the cells repaired themselves, and if any genetic mutations resulted from the repair process. Astronauts were in charge of the onboard experimentation, but they got a little help from the ground: The test was part of a project called Genes in Space, which enlists earthling students to design DNA experiments. Some of the students on the Genes in Space-6 investigation were from Mounds View High School in Arden Hills, Minnesota.