A tiny paper microscope, 3D pictures without a lens, and a teeny, tiny robot with super speed. This week’s coolest things make mountains out of molehills.

3D Images in a Snap 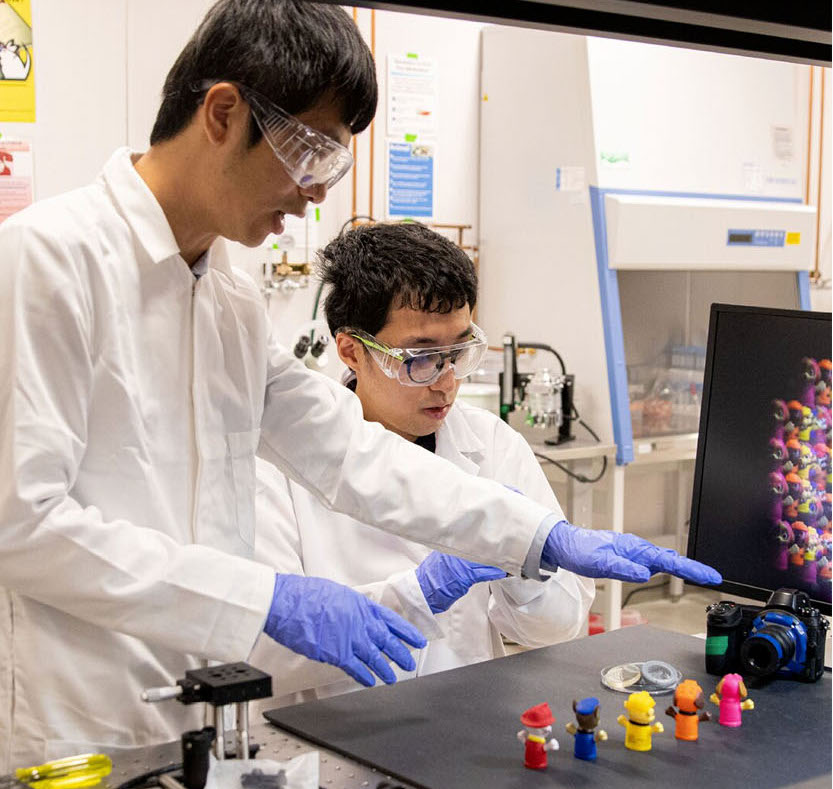 What is it? University of California, Davis researchers made a “lensless” camera that can create 3D images in a single exposure.

Why does it matter? The invention could replace cameras with bulky lenses that require multiple shots and time-consuming processing to re-create a three-dimensional image. It could give robots 3D vision, making them better at manipulating objects and navigating spaces, or could provide content for 3D displays, said Weijian Yang, co-author of a study in Optics Express.

How does it work? Yang’s team replaced a traditional lens with an array of 37 micro-lenses on a 12-milimeter circle of thin polymer. Each micro-lens sees the subject from a slightly different angle. The visual data feeds into artificial intelligence software the team designed around a model of image reconstruction, which instantly maps objects based on their distances from the camera. 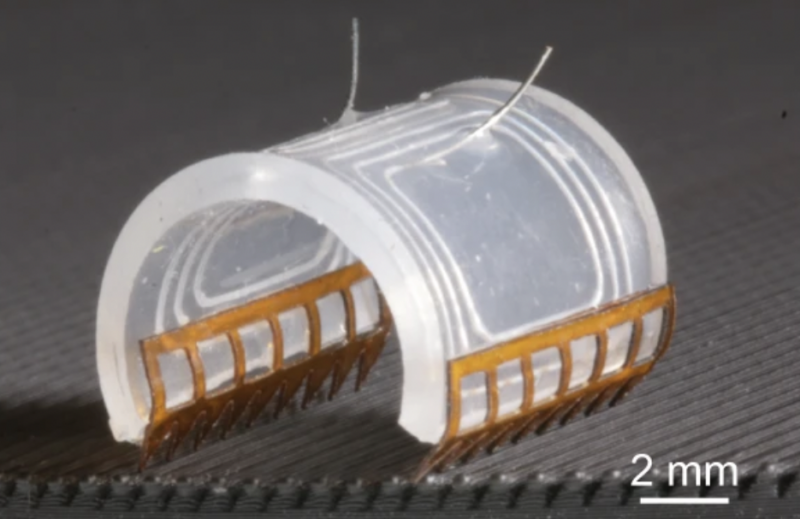 What is it? Scientists at Johannes Kepler University in Austria created a microscale soft robot that can run faster than a cheetah (in relative terms).

Why does it matter? Soft robots made of flexible materials can do things and go places that rigid robots can’t. But they’re typically slow, and therefore impractical for applications such as, say, entering the human body to monitor organ health or perform a colonoscopy. In a study in Nature Communications, the 9-by-9-millimeter robot ran at 70 body lengths per second (bl/s). As Ars Technica points out, a cheetah tops out at 23 bl/s.

How does it work? The researchers printed coils onto a thin piece of stretchy elastomer. The “ink” was a metal called galinstan, which is made of tin, gallium, and indium. “The most important property of this material is that it is liquid-like at room temperature, whilst also having high conductivity, making it useful for building soft and deformable coils,” said first author Guoyong Mao. The coils contract and lengthen in response to alternating electromagnetic currents, allowing the tiny bot to gallop across surfaces. 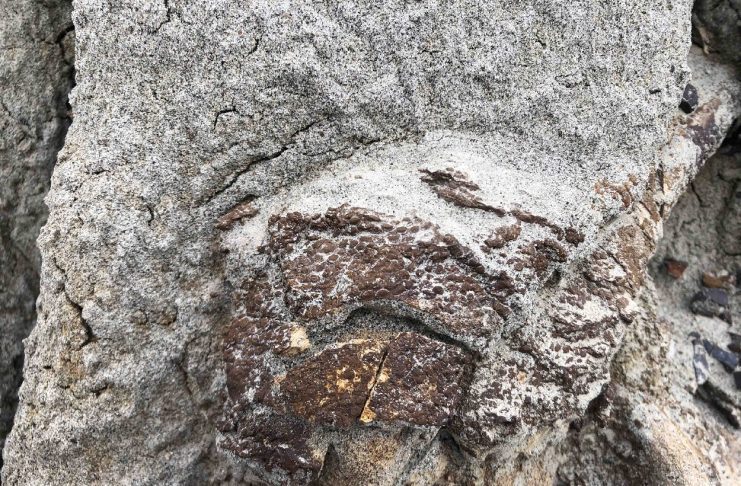 What is it? British paleontologists in Canada have discovered what appears to be a completely mummified dinosaur.

Why does it matter? Protruding from a hillside in Alberta are just a bit of the tail and foot of the hadrosaur, each bearing significant amounts of skin. If the rest of the body is as well preserved, it may be one of the most complete dinosaur fossils ever found.

How does it work? Brian Pickles, a paleontologist and ecology professor at the University of Reading, was among a team scouting an excavation site in Canada when a volunteer noticed a fossil sticking out of a hillside. “It’s so well preserved you can see the individual scales, we can see some tendons and it looks like there’s going to be skin over the entire animal,” Pickles told USA Today. The dino (likely a juvenile) might even have remains of its final meal before being buried 75 to 77 million years ago. 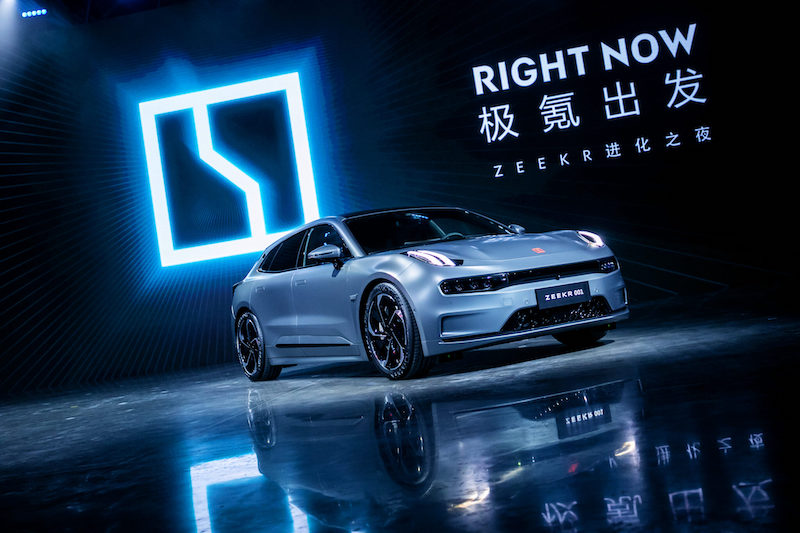 What is it? Chinese automaker ZEEKR and battery manufacturer CATL announced the release of an electric vehicle with a 1,000-kilometer (621-mile) range.

Why does it matter? The car would have around 50% more range than today’s highest-end EV models available in the U.S., which max out at about 400 or 500 miles.

How does it work? CATL, the world’s largest battery maker, says its new Qilin battery uses a space-saving sandwich design that packs more power into a smaller package. The company put liquid cooling elements between individual battery cells, rather than in a single layer below them, quadrupling heat transfer and enabling extremely fast charging. ZEEKR’s first models with Qilin batteries will be released in China in early 2023. 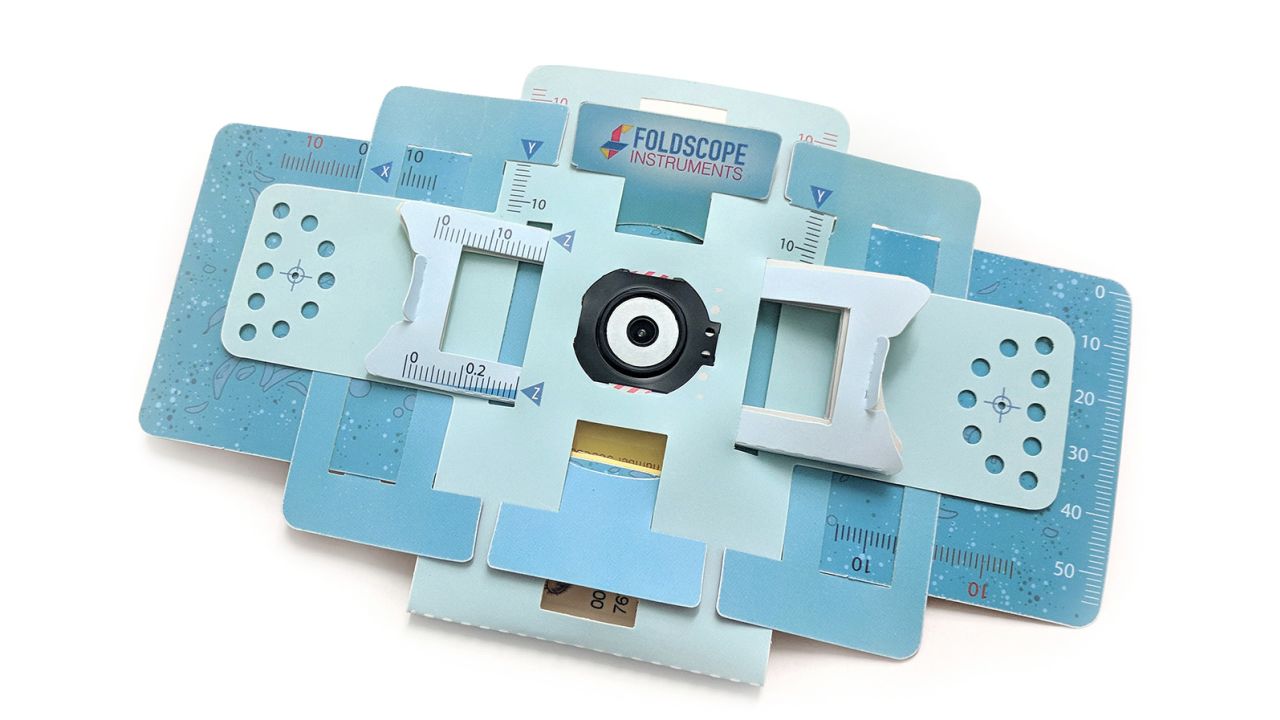 What is it? Two bioengineers, formerly of Stanford University, made a research-quality microscope out of paper.

Why does it matter? Microscopes can cost tens of thousands, even half a million dollars. “We wanted to make a microscope at a price point of $1,” said Manu Prakash, who designed the Foldscope with his former student Jim Cybulski. “I want to bring science into everyone’s hands.” The final product costs about $1.75 to make and retails for $10.

How does it work? The device is made mostly of waterproof paper, with a single spherical glass lens that magnifies 140 times. That’s enough to see blood cells and bacteria. (Last year it was used to identify a new type of cyanobacteria.) Magnets hold the lens in place and help users attach it to their cellphones to record images. The American Association for the Advancement of Science recognized the Foldscope with a 2022 Golden Goose award.