Talking Shop: The Award For The Most Important Invention In Motion Picture History Goes To…

In the Hollywood version of Hollywood history, the movie industry exploded in popularity thanks to a pair of brilliant inventions. First Thomas Edison’s movie camera gave birth to the silent film business, then the discovery of “sound on film” made the talkies possible and multiplied the power and importance of the movie industry once again.

As with many Hollywood tales, the true story is not quite that simple.

Even in the earliest days of motion pictures, the task of capturing, storing and displaying moving pictures proved far too complex for one person to solve — even if that person was Thomas Edison. While Edison’s pioneering movie camera represented a major technical advance, by 1914 it took the use of 16 inventions, all individually patented, to get a movie shot and up on the big screen.

All those clever inventions could still barely produce anything modern audiences would recognize as a film. Typical films lasted 10 to 30 minutes and often lacked a plot, yet still drew millions of Americans each week to the Nickelodeons that showed the flickery images. Better film reels made what would now be called feature-length films possible. By the 1920s silent films starring Charlie Chaplin, Rudolph Valentino, Lillian Gish and many others were in regular rotation across America.

Top image: GE engineer Charles Hoxie developed a system to automatically record onto film up to 600 words per minute. In 1922, Edison attended the first public demonstration of the machine, called the pallophotophone. It was hailed as the “forerunner of the perfect talking motion picture.” In the top image, Hoxie is posing with the star child actor Jackie Coogan. Images credit: Museum of Innovation and Science Schenectady.


Things quickly became more complicated, as inventors struggled to upgrade the movie-going experience by adding sound to the pictures. Once again, the solution required the work of a small army of engineers, all of whose discoveries needed to work in concert in order to bring the magic of the movies to life. Fortunately for film lovers, the 1920s marked a new era of corporate research and development. Well-funded labs run by GE, AT&T and the Radio Corporation of America recruited top engineers in a mad race to bring sound to the big screen.

Before they could turn to the question of how to synchronize film with sounds, however, those engineers had to confront a more basic problem: How could they make any recorded sound audible to a theater full of people? At the time, the state-of-the-art technology for “amplifying” sound consisted of the large cones, known as horns, that sat atop phonographs and helped listeners hear their records as they played. Unfortunately, the horns simply redirected the sound coming from the record needle toward listeners. No real amplification occurred, making the devices useless when it came to the job of filling a large theater with sound.

Two GE engineers, Edward Kellogg and Chester Rice, hit upon a far better solution, which they introduced to the world in 1925 as a “new type of hornless loudspeaker.”

A hand-built 1924 model of the Rice-Kellogg dynamic loudspeaker, invented by Chester Rice and Edward Kellogg of the General Electric Research Laboratory. Images credit: Museum of Innovation and Science in Schenectady.

The design Kellogg and Rice came up with still lies at the heart of modern speakers. In a basic “electrodynamic” speaker, an alternating current moves a magnet, which in turn vibrates a diaphragm that generates powerful sound waves capable of filling a theater.


Once the problem of producing sound in theaters had been licked, engineers returned to the question of how to synchronize that audio with the pictures on screen. Two technologies offered competing solutions. The first, known as “sound on disc,” relied on traditional phonographs, which would be played simultaneously with the moving pictures. The Vitaphone, developed by AT&T, offered high-quality sound, thanks to existing phonograph technology, but struggled to stay synchronized with the film. If either the movie projector or the record player were jostled, characters’ voices would no longer match the movement of their mouths.

Still, the Vitaphone system worked well enough to turn “The Jazz Singer” into a hit, establishing the film as the first real “talkie,” as well as the first recipient of an honorary Academy Award for its technical achievement.

Ultimately, a group of different inventors collaborated on a way to encode the audio right onto the actual film strip. That audio technology made up for in reliability what it lacked in fidelity, a practical advantage the ultimately won the day.


As Hollywood biggest stars gather to celebrate the 91st Academy Awards on Sunday, the industry’s technical progress will merit only a passing mention. But it is worth remembering that when movie mogul Louis Mayer named the Academy of Motion Picture Arts and Sciences, he did so carefully. Hollywood’s future has always depended on both the artists whom the movie-going public idolizes and the scientists they take for granted. 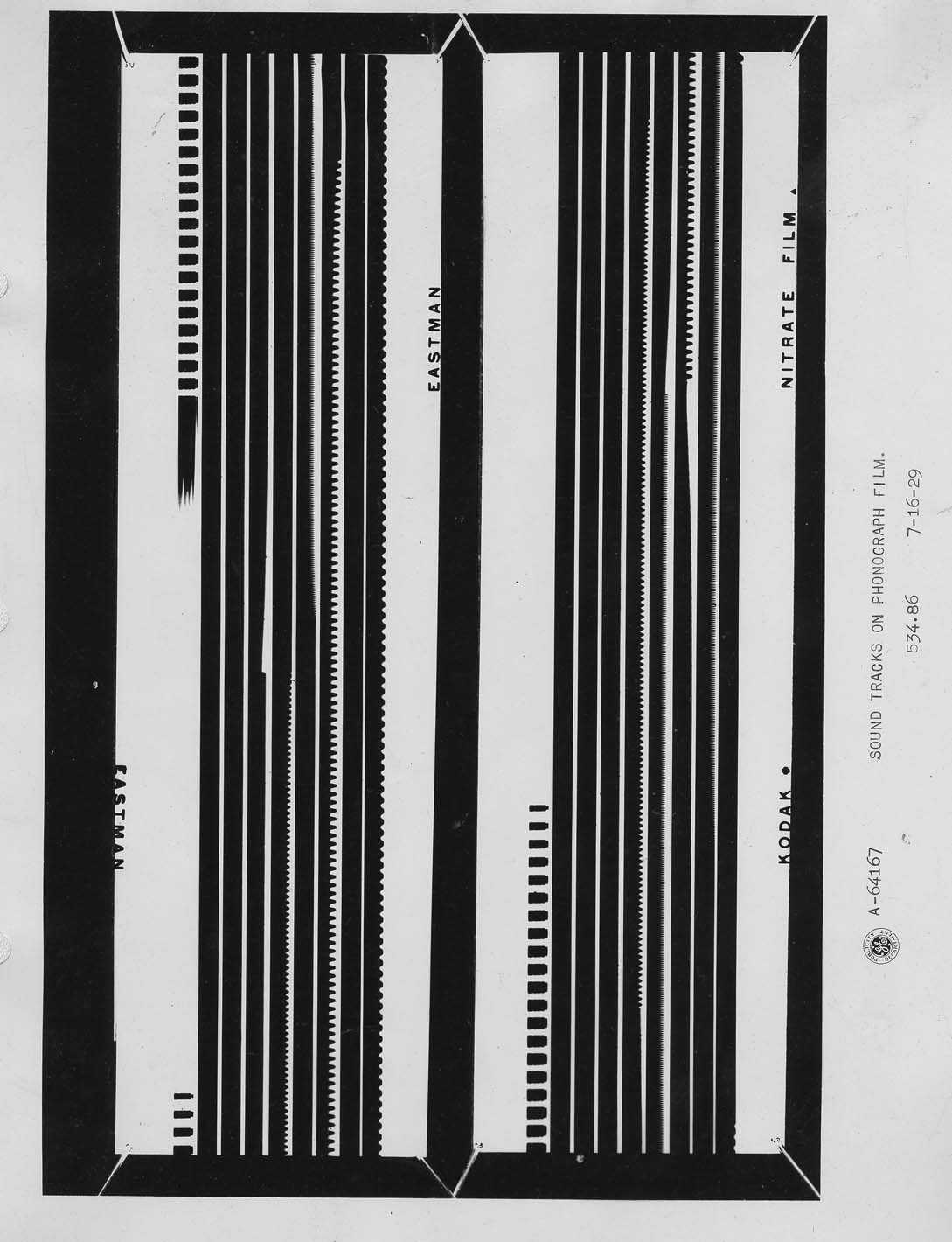 Soundtracks on phonograph film from 1929. Image credit: Museum of Innovation and Science in Schenectady. 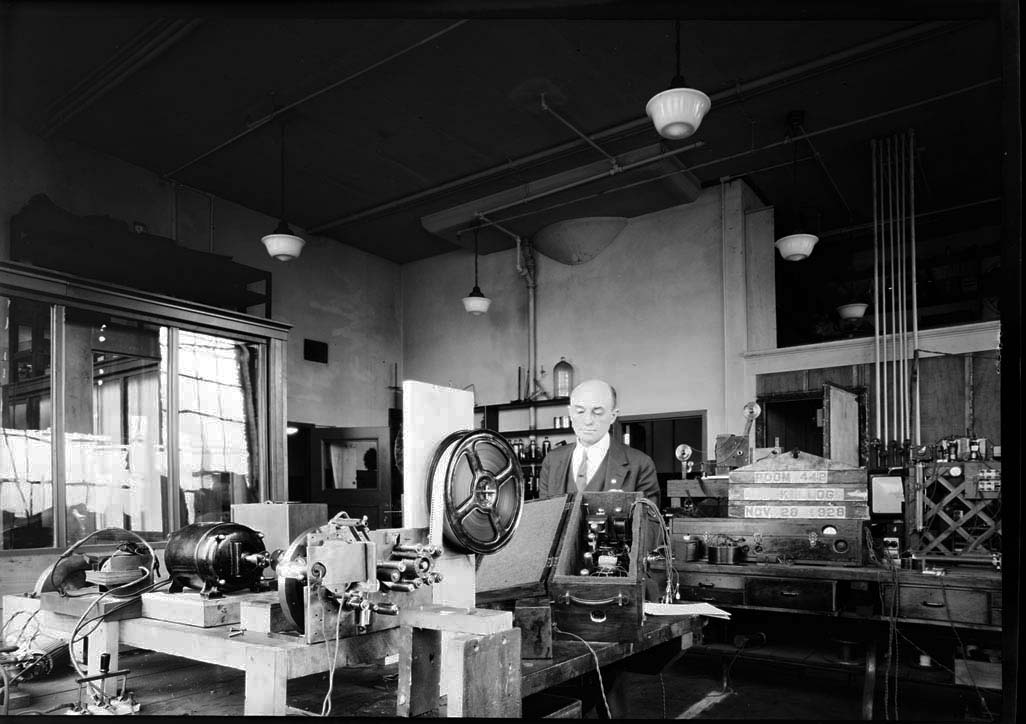 Edward Kellogg helped introduce to the world in 1925 as a “new type of hornless loudspeaker.” Image credit: Museum of Innovation and Science in Schenectady. 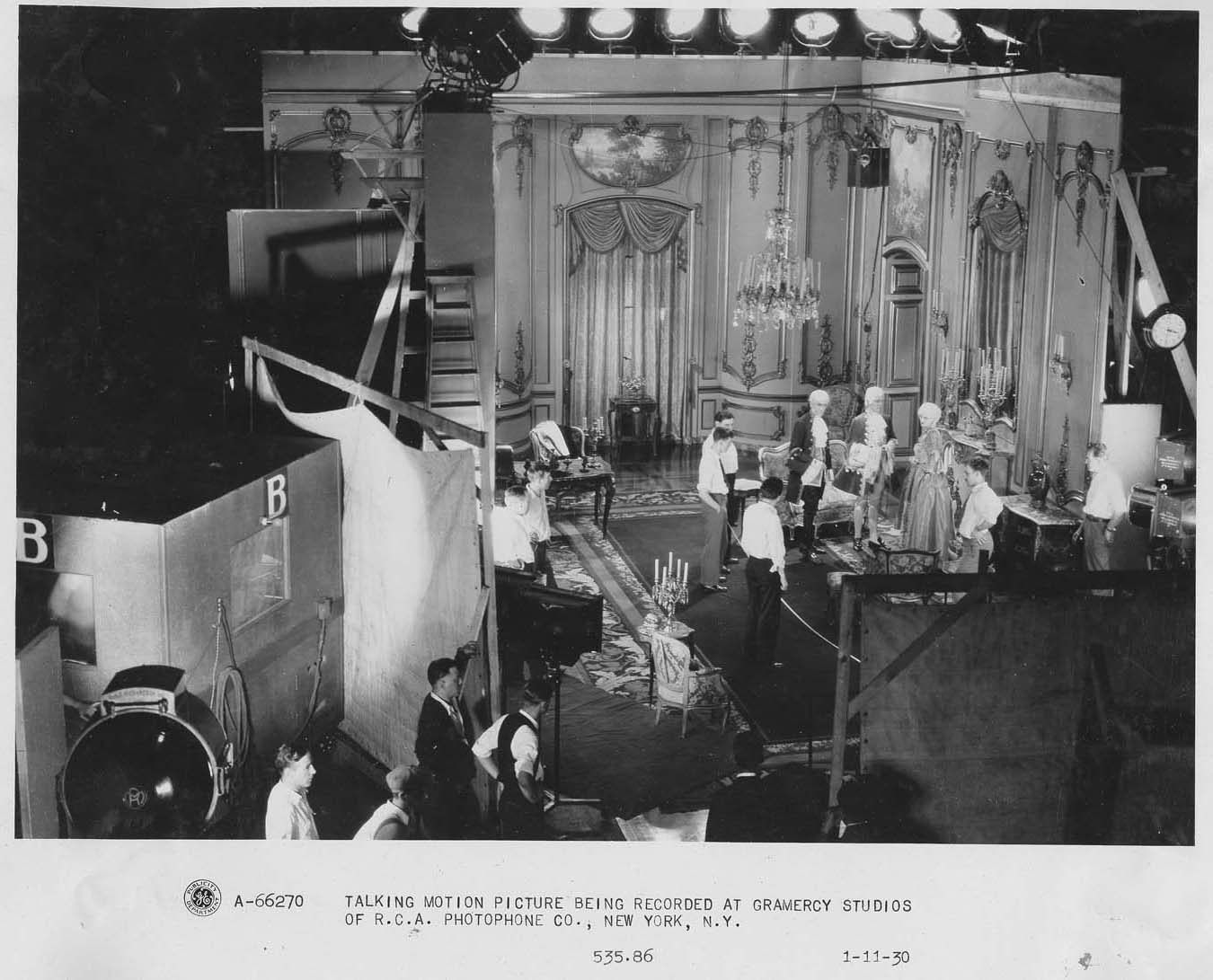 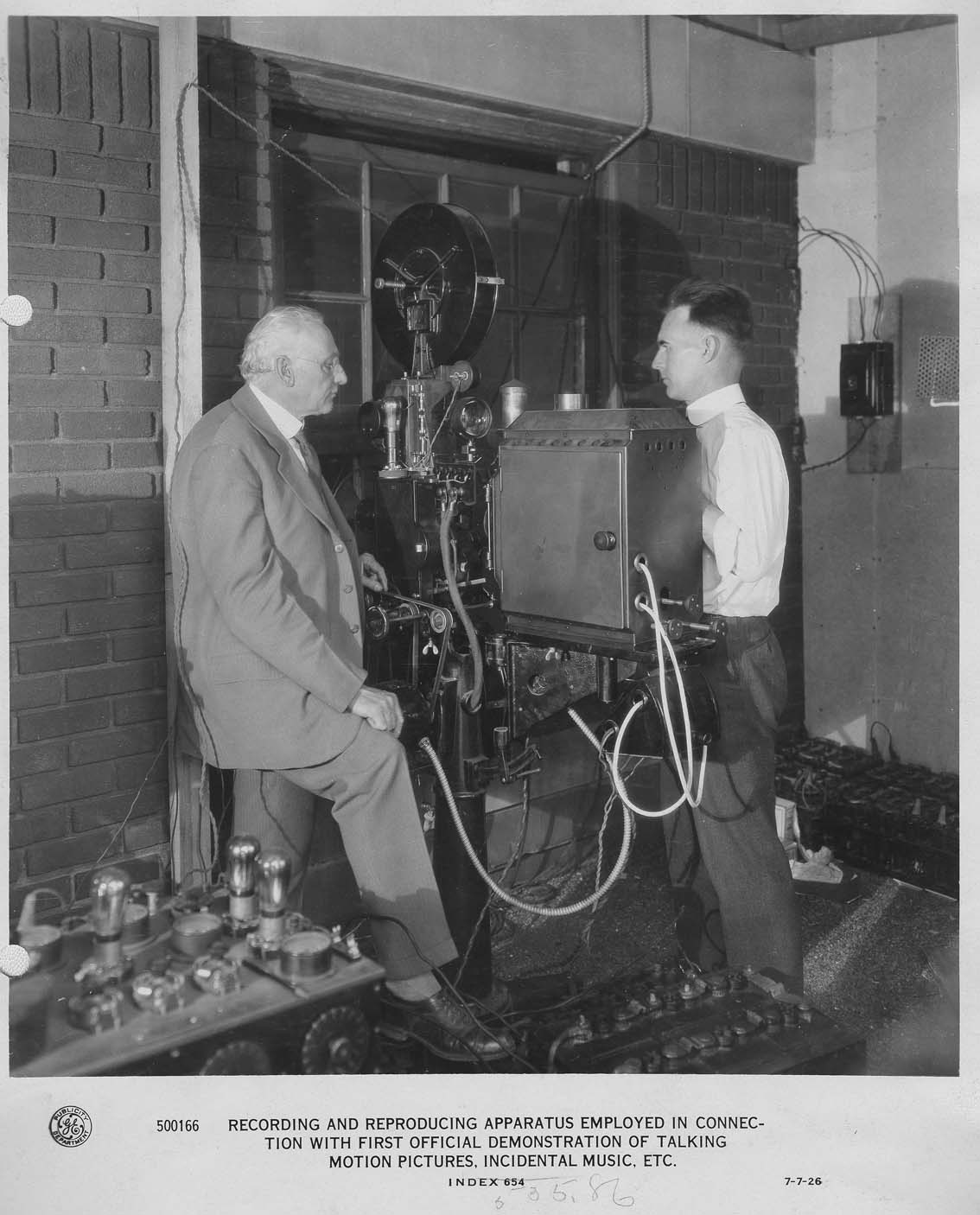