The 1980s are back in fashion, according to Harper’s Bazaar, but in some corners of industry, they never left. “Nobody’s wearing big hair and shoulder pads, but it’s all very pencil and paper,” says Jeremiah Smedra, an operations director at FieldCore, GE’s field services company. Smedra is talking about maintenance workers trudging into power plants with thick binders filled with drawings and instructions to make sure outages are performed according to plan. The process is vintage and laborious, and Smedra and his colleagues are on a mission to change it.

Using lean management and drawing on worker feedback, the team developed a software and system called Live Outage that puts what field crews need on portable devices in their hands. They have already used the system for service outages at about 15 power plants around the U.S.

Smedra believes the app can reduce cycle time — the interval between shutting down the plant for maintenance work and bringing it back online — by more than 30%. An outage that used to take six weeks, for instance, may take only four weeks with Live Outage. That can translate into faster outages for customers, who can get back to producing and selling power more quickly, and more productivity benefits for GE. “The system allows us to effectively communicate the right thing to do at the right point in time for all of this complex work, and then to confirm and have documentation in real time that it was done the right way,” Smedra says. 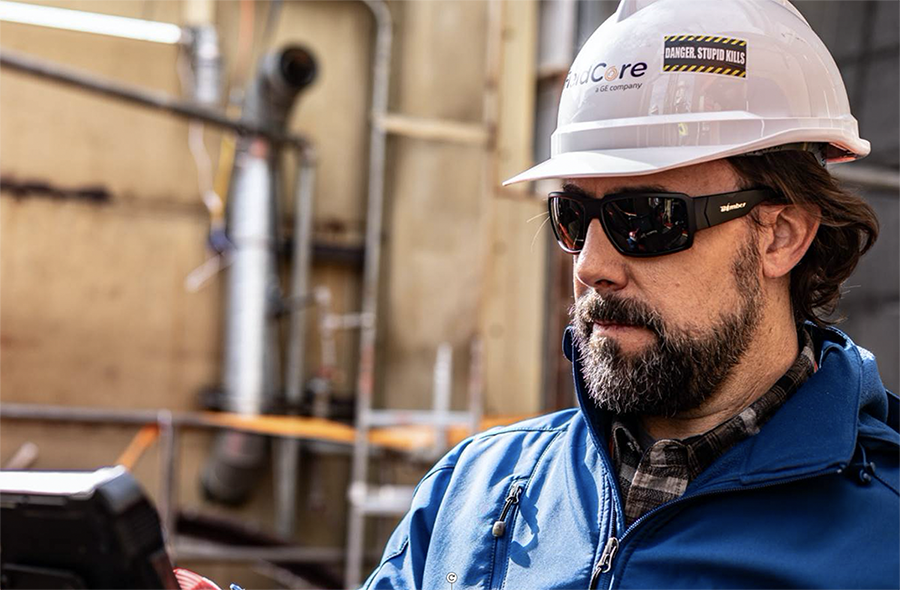 Maintaining power stations is a bit different from changing the oil in your car. They are scheduled to go offline for several weeks every few years for planned maintenance of gas or steam turbines, electricity generators, and other equipment. “They turn off everything, we take all those pieces of equipment apart, replace some things, measure some things, clean some things, put it all back together,” Smedra says.

The job isn’t for the faint of heart. Gas turbines can weigh tens of thousands of tons and comprise a myriad of parts and fittings. Some components operate in hot and harsh conditions above the melting point of the metals they are made from. At the same time, they must fit together like clockwork, with gaps between moving parts measuring less than the width of a human hair. Hundreds of tasks need to be completed, “and every single one of those has a risk of damaging the unit, damaging the part or hurting yourself,” Smedra says.

As a result, the meticulous work requires an encyclopedic amount of documentation, including technical specs, equipment lists and safety protocols. Other folders hold diagrams, data sheets and quality control forms.

Before the Live Outage pilot, crews typically had to gather, print and organize into binders thousands of pages specific to the technology they were summoned to service. Those binders then went to dozens of mechanics, millwrights and field engineers who fanned out across the power plant. One copy typically sat in the job trailer, a temporary office that could be parked a quarter-mile from the turbine deck where the work was taking place.

Smedra wanted to jettison all that baggage. He and his team set out to develop a digital solution that would standardize procedures and make best practices scalable and reproducible at any site anywhere in the world.

Automatic For The People

The key, they realized, was putting the worker at the center of the system. ”The app, the instructions, how everything works has to work for the millwright or the mechanic first,” he says. “If Elon Musk can land a rocket, if we can make robot dogs that do backflips, why can’t I build something for this worker that really meets their needs and help them do their job in a way they want to see it?” 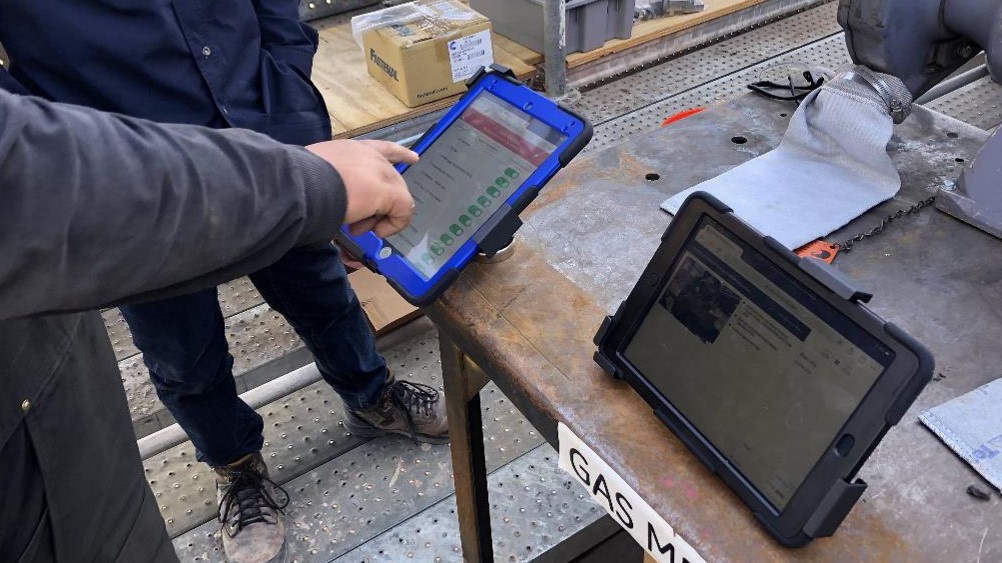 At each site, workers use 20 weatherproofed iPads and two 55-inch touchscreen monitors, all loaded with Live Outage to replace those old-school binders. The instructions are organized into checklists for each job type. Smedra and his team also shot more than 3,000 new photos and videos showing what parts look like and how to perform specific tasks.

The app tracks project progress in real time, with status bars for each of the hundreds of tasks that need to be completed, and automatically generates a daily project report. “You want minimal effort and maximum comprehension,” he says. “Nobody wants to read a big, long manual about how to do something.”

Live Outage was built “hand in hand” with mechanics and engineers from around the country in dozens of kaizen sessions focusing on continuous improvement. They tested and tweaked features, he says, down to the buttons in the app, which were enlarged to be clickable with gloved fingers, and the clock that appears at the top-right corner of every page so they know what time it is. (For safety reasons, millwrights can’t have phones or watches on the turbine deck.)

GE field crews completed more than 600 major outage jobs in more than 60 countries in 2021, each one lasting roughly two to six weeks. Smedra expects that Live Outage will be gradually implemented across a variety of gas turbine technologies worldwide.

And the system keeps evolving. One feature, for example, allows crews to suggest changes from within the app. “We use feedback from the worker on the best way to do a task, invest in improvements and then deliver it to every employee so they all do it the same way,” he says. “You don’t have to retrain them, you’re not sending an email update or a PowerPoint slide. You just change the checklist.”