When former U.S. President Jimmy Carter announced that an aggressive form of skin cancer spread to his liver and four places in his brain in August 2015, he thought he “just had a few weeks left.” His doctors at Emory University’s Winship Cancer Institute in Atlanta removed a tumor from his liver and started radiation targeting the brain tumors. They also prescribed a new immunotherapy drug called pembrolizumab, also known under the brand name Keytruda, to treat Carter’s melanoma.

Barely four months later, Carter announced that his “most recent MRI brain scan did not reveal any signs of the original cancer spots nor any new ones.” By March 2016, he no longer needed the drug.

Carter’s is perhaps the most high-profile success story for immunotherapy, a strong new weapon that harnesses the body’s immune system to fight cancer. Coincidentally, on Oct. 1, 2018, the day Carter celebrated his 94th birthday, James P. Allison of the University of Texas MD Anderson Cancer Center and Tasuku Honjo of Kyoto University jointly won the Nobel Prize in Physiology or Medicine for their work in immunotherapy. It was Dr. Honjo’s discovery that some cancers target a particular immune cell receptor to render the cells infective that paved the way to Keytruda.

Today, there are a number of federally approved immunotherapy treatments. Drugs like Keytruda, known as checkpoint inhibitors for how they jam the immune cell receptor and prevent the cancer from disarming the cell, have extended lives. So have so-called CAR-T therapies that use a patient’s own modified white blood cells to attack cancer. They offered new hope to leukemia patients like Nicole Gularte who has relapsed several times and seemingly ran out of treatment options.

The Cleveland Clinic reported that more than 80 percent of lymphoma patients who received CAR-T treatment have either seen no signs of cancer after treatment or had the extent of their cancer reduced.

But these victories notwithstanding, the war on cancer is far from over. Immunotherapy does not work for everyone and can lead to side effects such as organ inflammation and failure or infections. “By tricking the immune system to attack our cancer cells, sometimes we actually also trick it inadvertently into attacking ourselves,” says Ben Ho Park, director of precision oncology at Vanderbilt University Medical Center in Nashville. “We can see auto-immune symptoms or syndromes from these therapies.”

Mohamed Fouda, director of strategic initiatives at GE Healthcare Life Sciences, says that physicians need a to find a way to “match the right patient with the right therapy. But we can’t currently answer this question. We don’t know whether a patient is going to benefit or not.”

But Fouda and Park are working to find out. In January, GE Healthcare and the Vanderbilt center announced a five-year partnership seeking to make recoveries such as Carter’s common and bring immunotherapy to the mainstream. Doctors are already testing artificial intelligence and machine learning tools to help them diagnose pneumonia, collapsed lungs, and other medical conditions. The GE and Vanderbilt team will build AI-powered apps that can crunch medical records and help doctors match patients with the right therapies. 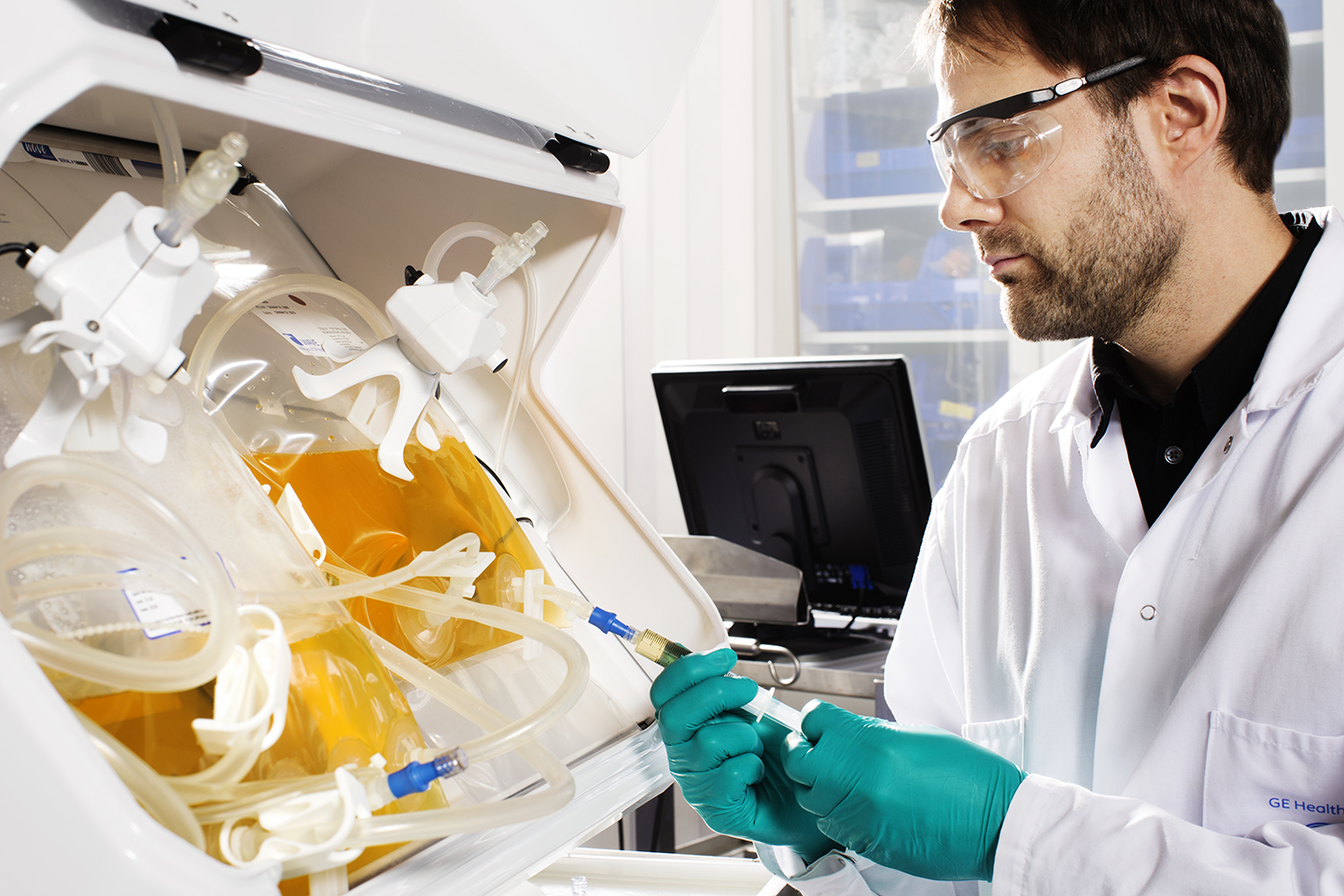 
They will also seek to develop special dyes that typically latch on cancer and can reveal its progression or response to treatment. These so-called positron-emission tomography (PET) imaging tracers, combined with the apps’ insights, will help doctors predict how individual patients will respond to treatment before it begins.

“Certainly curing and preventing all cancer is the ultimate goal,” says Jeff Balser, president and CEO of the Vanderbilt medical center and dean of the Vanderbilt University School of Medicine. “A more realistic vision for our work over the next decade is that cancer ceases to be a life-ending tragedy for so many people. Rather, cancer, when it does occur, becomes a condition that is effectively managed without limiting a person’s vitality or lifespan.”

Besides increasing the odds of beating the disease, the new approaches could help pharmaceutical companies select patients for clinical trials and speed up drug development. It takes on average 12 years and $2 billion to bring a new medicine to market.

The partners will first analyze the immunotherapy results of thousands of Vanderbilt cancer patients who received the treatment. Next, they will match the information with the patients’ anonymized demographic, genomic, tumor, cellular, imaging and other data. Finally, the team will feed the information to AI-powered apps that will help physicians identify the most suitable treatment for future patients.

Says Vanderbilt’s Park: “We have the data, and they have the expertise with machine learning. We merge that together, and I think we’re going to come up with products that are really going to help us change how we administer therapies for cancer patients.”