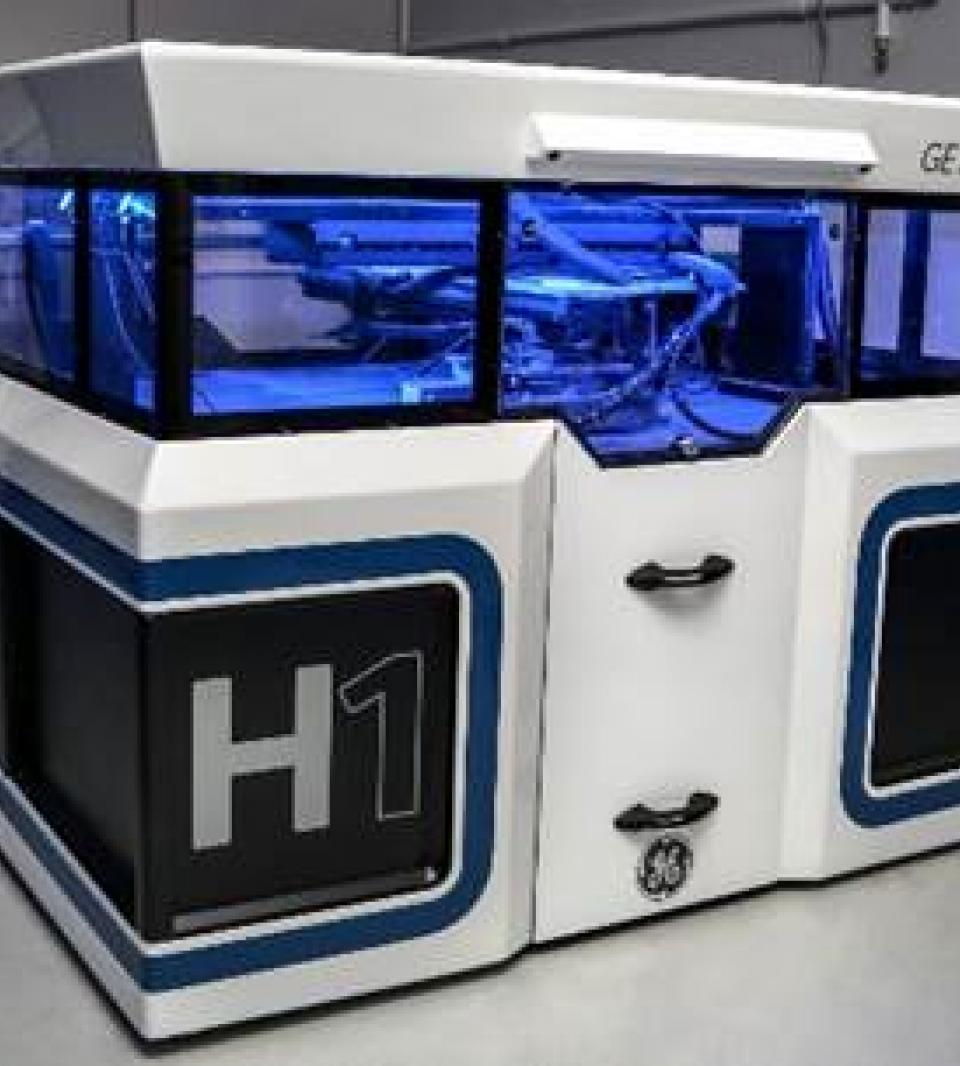 GE engineers recently built and tested 30 different prototypes of a complex, football-size jet engine component. Thanks to cutting-edge 3D-printing technology, they were able to reach the perfect design in just 12 weeks. This is remarkable considering it would take several years to iterate on that many designs using traditional casting methods.

The team, which included engineers from GE Global Research, GE Aviation and GE Additive, used a 3D printing technology called binder jet. It works a lot like an inkjet printer in your home office. But instead of depositing ink to form words and pictures on a flat sheet of paper, the binder jet printer lays down a special proprietary binder or “glue” to form complex parts on a flat bed of metal powder, one layer after another.

The research already sparked a new product line for GE Additive, the GE business focusing on 3D printing and similar technologies. In December, the unit unveiled its own scalable 3D binder jet printer that it built in just 47 days.

In some ways, the binder jet technology is similar to GE’s laser-powered 3D metal printers, which use beams of light to melt and fuse layers of metal powder. The key difference is that the binder jet uses a binding agent to make the metal powder stick together, just like bakers use eggs to keep their pastries from collapsing. Another difference: A binder jet machine can print at least 10 times faster than laser-based methods and also can produce larger parts. 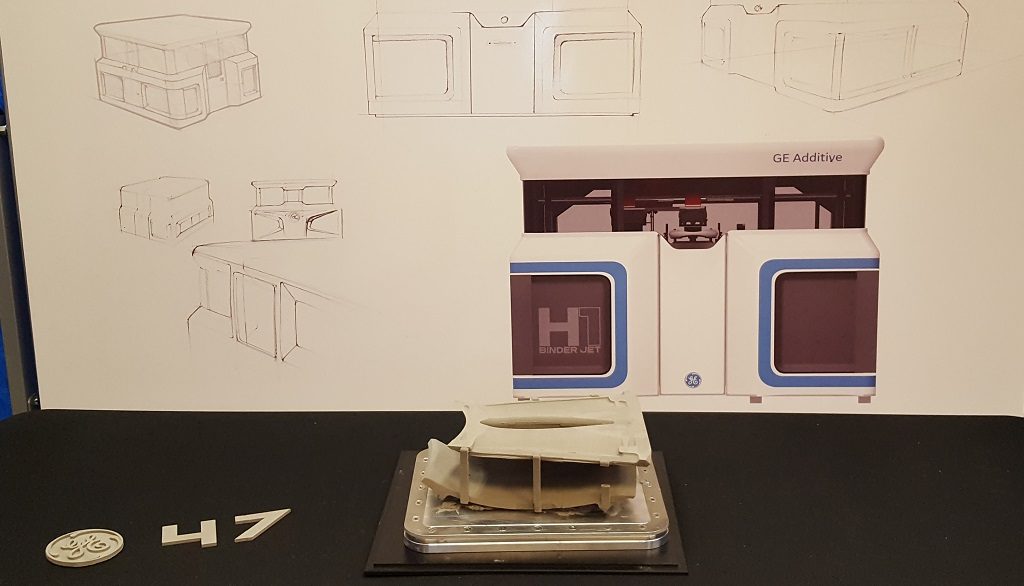 This process also needs much less energy to print parts, compared with laser metal printers. “Instead of firing high-power lasers over a bed of metal powder, we’re depositing a binder glue like ink on paper,” said Arunkumar Natarajan, a senior scientist at GE Global Research and technical lead for the binder jet program. The technology is so fast and powerful, Natarajan said, it could disrupt the multibillion-dollar casting industry.

“We pulled from across the GE Research Lab’s deep material and chemistry expertise to develop a special binder that is core to the success of the process,” said Natarajan. “We’re very excited about the binder jet concept, given the opportunity it provides for faster printing of more parts versus other additive and even conventional manufacturing techniques.”

Unlike laser-printed metal parts, however, metal parts made on the binder jet require more extensive post-processing. The printed metal part initially comes out in a fragile state. It must be cured — essentially baked in an industrial oven to achieve the right shape and make it strong and durable, just like a piece of metal. “We already have successfully printed several complex metal test parts, using this advanced binder jet process,” Natarajan said. 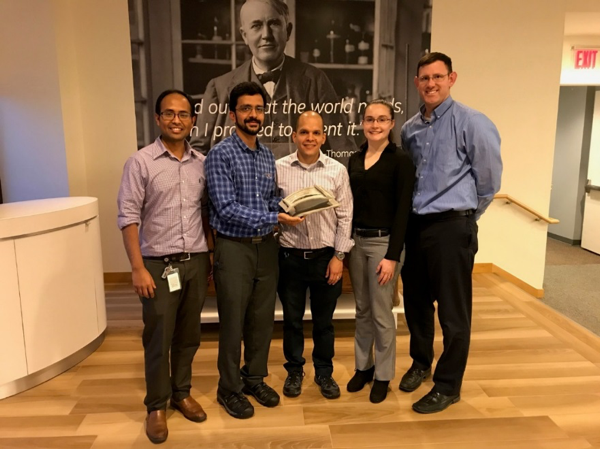 Ken Salas, an additive platform leader at GE Global Research, and Ray Martell, a principal engineer at GE Aviation, led the advanced technology team that used a binder jet process to print the football-size component for the LEAP jet engine developed by CFM International, a 50-50 joint venture between GE Aviation and Safran Aircraft Engines. They say this technology could print even larger parts.

It took the design team several years to develop the original part, using casting and other traditional methods to produce it. The binder jet allowed them to iterate quickly, and print and test three dozen designs that met all the required heat and durability limits in just three months. “This flowpath component is a difficult part to manufacture due to the strict alloy requirements and complex geometry,” Martell said. “A binder jet is capable of meeting these challenges at a significant cost advantage to legacy processes.”

Added Salas: “To iterate on more than 30 different designs in casting would be impractical. For one, it would be too expensive. But beyond that, it would take several years to complete.”

The binder jet project itself evolved fast, starting less than a year ago as a small back-room research program. Today, GE believes it could deliver the LEAP program tens of millions of dollars in cost savings and disruption of the structural casting industry.