Time-strapped travelers will like the sound of this. Early in February, Boeing announced it would partner with Aerion Supersonic, a Nevada company that has spent the last two decades developing a supersonic business jet called the AS2. Boeing said in a news release it would “provide engineering, manufacturing and flight test resources, as well as strategic vertical content, to bring Aerion’s AS2 supersonic business jet to market.”

The AS2, which is scheduled to fly for the first time in 2023, will carry as many as 12 passengers as fast as 1,000 miles per hour, or Mach 1.4. That’s 40 percent faster than the speed of sound and 70 percent faster than most of today’s business jets. The plane could cut a transatlantic flight by three hours, and a journey across the Pacific Ocean by five hours.

When Chuck Yeager became the first human to travel faster than the speed of sound in in 1947, he also made everyone watching him familiar with a  sonic boom, the loud, clap-like sound caused by air shockwaves released when an aircraft breaks the sound barrier. The sound is the reason Federal Aviation Administration regulations prohibit civilian supersonic flight "over land in the United States and from a certain distance off shore where a boom could reach U.S. shores." But the AS2, whose design was developed by the legendary aerodynamicist and Aerion founder Richard Tracy, could possibly fly up to Mach 1.3, 30 percent faster than the speed of sound without a sonic boom reaching the ground, where permitted by regulation. (The FAA said it was "assessing the current state of supersonic aircraft technology in terms of mitigating the noise impacts associated with supersonic overland flight.)


The AS2 will rely on a new supersonic engine from GE Aviation called Affinity. Introduced in October, Affinity is the first civil supersonic engine in more than 50  years — and the first since the Olympus engine on the Concorde. That engine was adapted from a military bomber, the Avro Vulcan, which flew for the first time in 1952.

The GE engine features the latest technologies coupled with a proven engine core that has billions of hours of commercial and military flight time. As a result, it will be able to operate as high as 60,000 feet and will also meet stringent noise requirements. “Our mission was to design an efficient, environmentally compliant engine that could provide exceptional and balanced performance across supersonic and subsonic flights,” said Brad Mottier, vice president and general manager for GE Aviation’s Business and General Aviation and Integrated Services, the unit that’s building Affinity. “We believe we have done that.”

Mottier told GE Reports that in the last 50 years, business aircraft speeds have increased by less than 10 percent. “Instead of going faster, cabins have increased in size and become more comfortable — and range has become longer,” he said, adding that speed is the obvious next step. GE is also helping NASA develop another new supersonic jet, the X-59.

Top: The AS2, which is scheduled to fly for the first time in 2023, will carry as many as 12 passengers as fast as 1,000 miles per hour, or Mach 1.4. That’s 40 percent faster than the speed of sound and 70 percent faster than most of today’s business jets. Image credit: Aerion Supersonic. Above: GE’s Affinity is the first civil supersonic engine in 55 years. Image credit: GE Aviation.

Everyone trying to revitalize supersonic air travel today comes at it with a common goal: to produce supersonic aircraft capable of flying within existing regulations that also have a life span and maintenance requirements resembling existing commercial and private planes.


The last supersonic passenger jet was the iconic Concorde, which shuttled travelers primarily between Europe and the Americas. But it was grounded in 2003, mainly for economic reasons. “The Concorde was successful from a technical standpoint, but in terms of economics, it was too expensive to operate, its range was limited, it was noisy and its fuel consumption was high,” Jeff Miller, Aerion’s vice president of marketing, told GE Reports.

Said Miller: “We’ve been focusing on improving efficiency so we can lower the cost of operations and extend the range of the plane so it’s not limited to just barely getting across the Atlantic. Now you’ve got an airplane that will really take you places.” 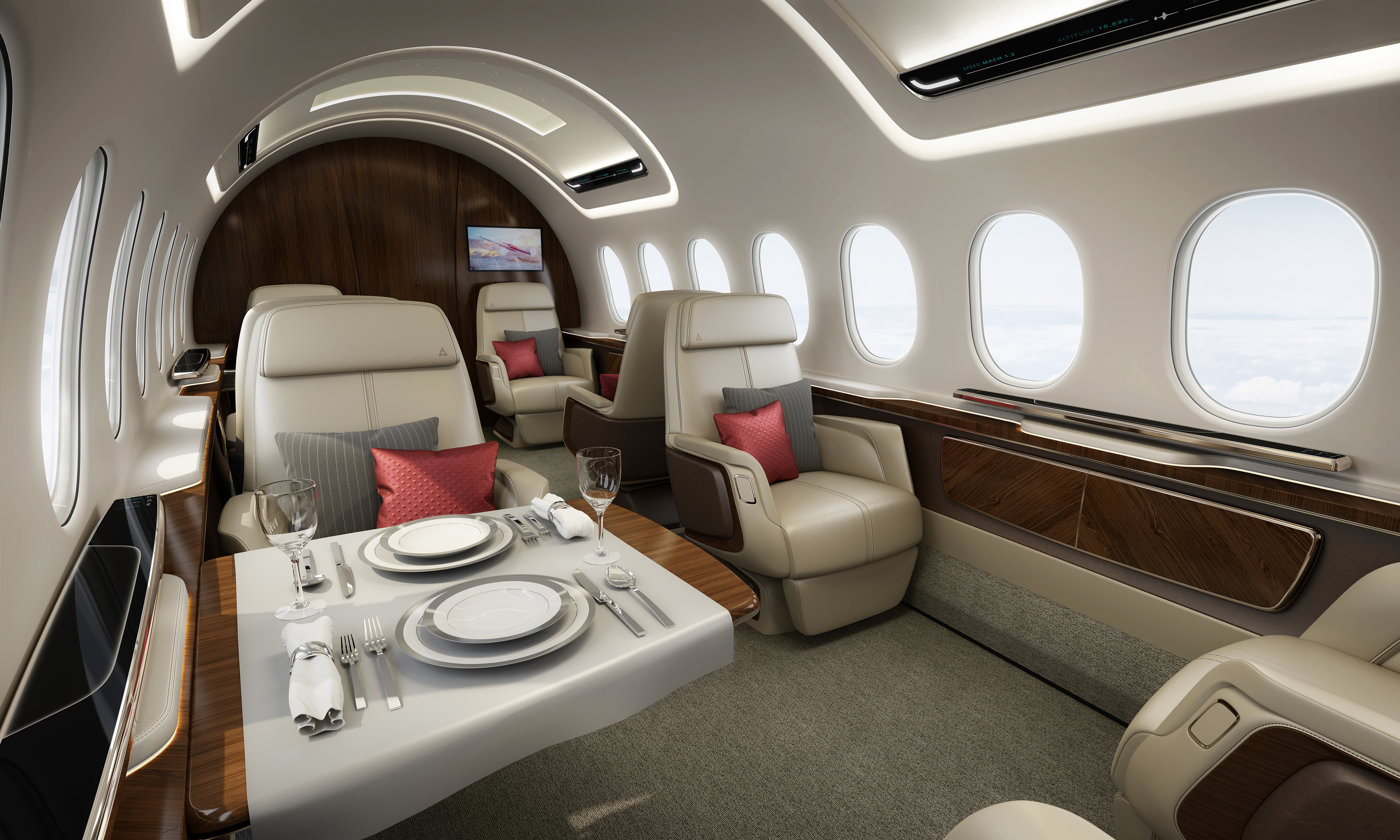 The AS2 could cut a transatlantic flight by three hours, and a journey across the Pacific Ocean by five hours. The first flight is scheduled for 2023. Image credit: Aerion Supersonic.