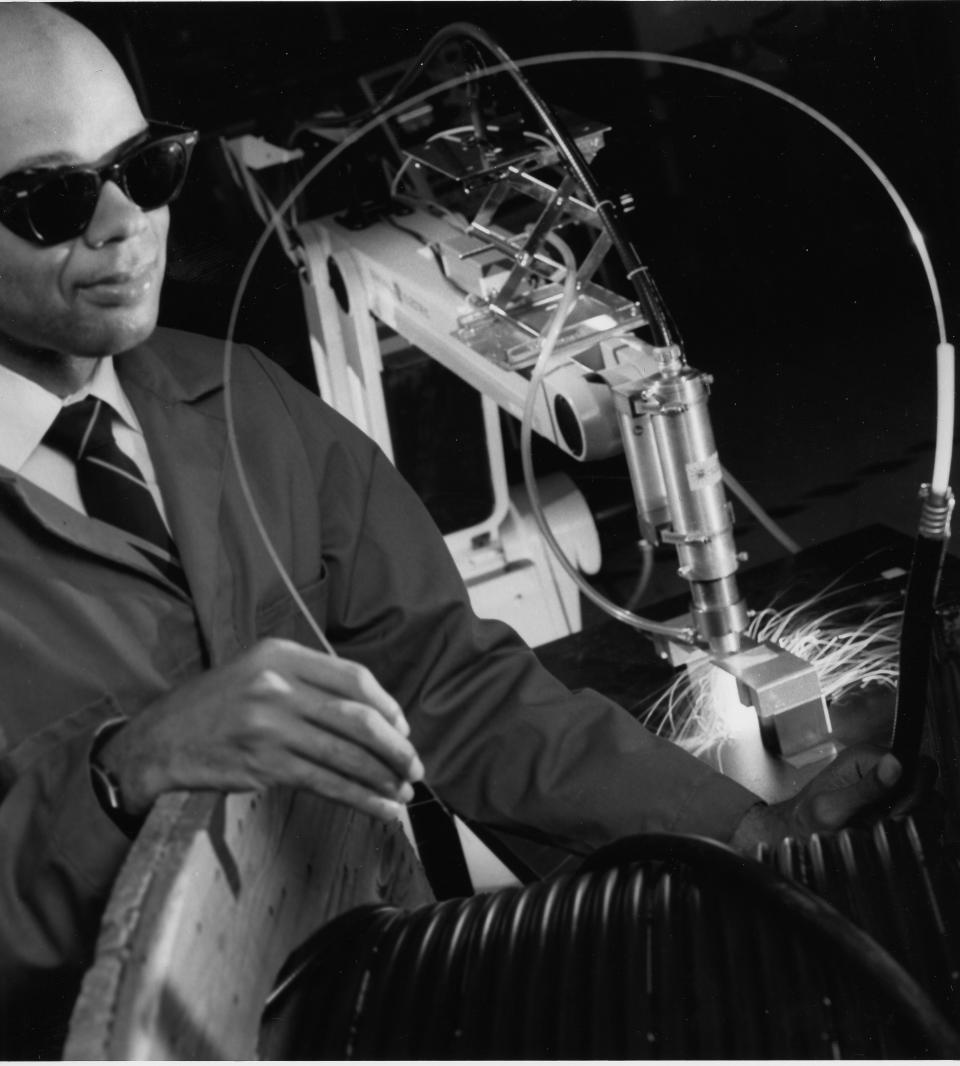 Marshall Jones knows a thing or two about beating the odds, but it’s not just because of his knack for mathematics. A model of perseverance, the laser pioneer was raised by his extended family on a duck farm but ended up laying the foundation for additive manufacturing, a new breed of technologies that allow companies to 3D-print things from metal.

In 2017, his contributions to laser technology earned him a place in the National Inventors Hall of Fame, an institution that counts Thomas Edison, Nikola Tesla and the Wright brothers among its members. “Marshall Jones isn’t just a laser pioneer, he’s a trailblazer whose laser research is helping to transform manufacturing and build a new additive business for GE,” said Vic Abate, GE’s chief technology officer.

At a recent symposium of GE’s African American Forum, Jones was recognized for his work at GE and in the African American community with the ICON award, which acknowledges individuals for their outstanding accomplishments in leadership, commitment and excellence in and outside the United States.

Jones joined GE Research after graduating with his doctorate in mechanical engineering from the University of Massachusetts at Amherst. He became a leader in the company’s laser research program and received more than 50 patents over 42 years. He’s also a member of the National Academy of Engineering. “If I trace my steps up to this point, it has been a love of learning, having a focused set of goals and sheer determination that has gotten me to this point and time,” said Jones. In other words: Never giving up. 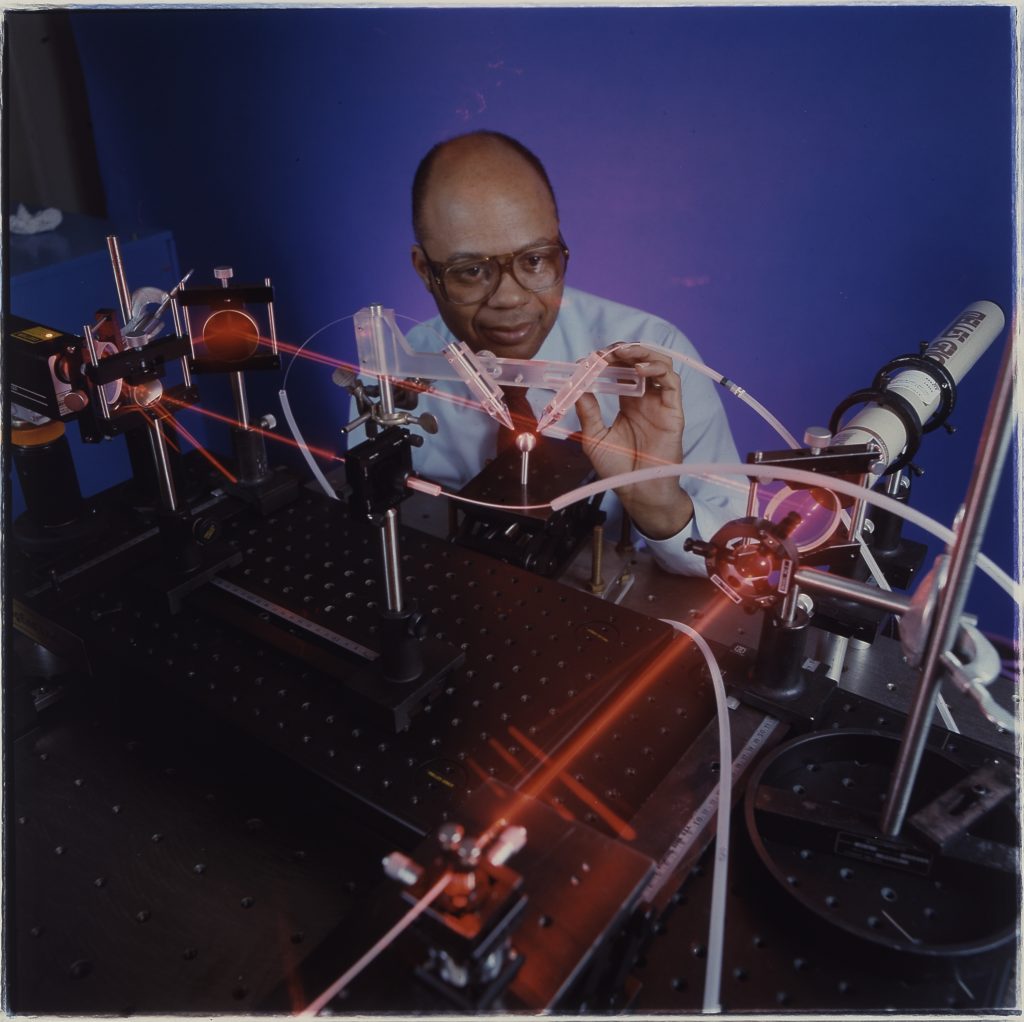 That seems to be the leitmotif of his life. Jones was born during World War II in Southampton on New York’s Long Island, when the area was best known for agriculture, rather than summer mansions of the rich and famous. Because his father was serving in the Navy and his mother worked as a seamstress in New York City, he lived under his aunt and uncle’s care on their farm.

It wasn’t an easy childhood. He developed a speech impediment and, according to family lore, only his brother and the family’s dog could understand his speech.

His early schooling also involved a series of setbacks. He excelled at science and raced through algebraic equations in the fourth grade. But his teacher at the time didn’t believe his English was good enough and held him back. “I can honestly say that repeating the fourth grade is what helped me become an engineer,” he said during a talk at Duke University in 2005. “I just wasn’t learning reading and spelling at the same pace I was learning math, and I needed to take that extra year to get caught up.”

Caught up he did, but his troubles weren’t over. Since his family didn’t have much money, Jones, who loved sports, planned to write his ticket to college as an athlete. But he injured his knee in his junior year of high school. With that avenue blocked, he attended a community college and later bootstrapped his education at the University of Michigan, where he was the only African American student in the engineering school. He went on to earn that doctorate from the University of Massachusetts at Amherst. Years later, he self-published the aptly titled children’s book, “Never Give Up.” 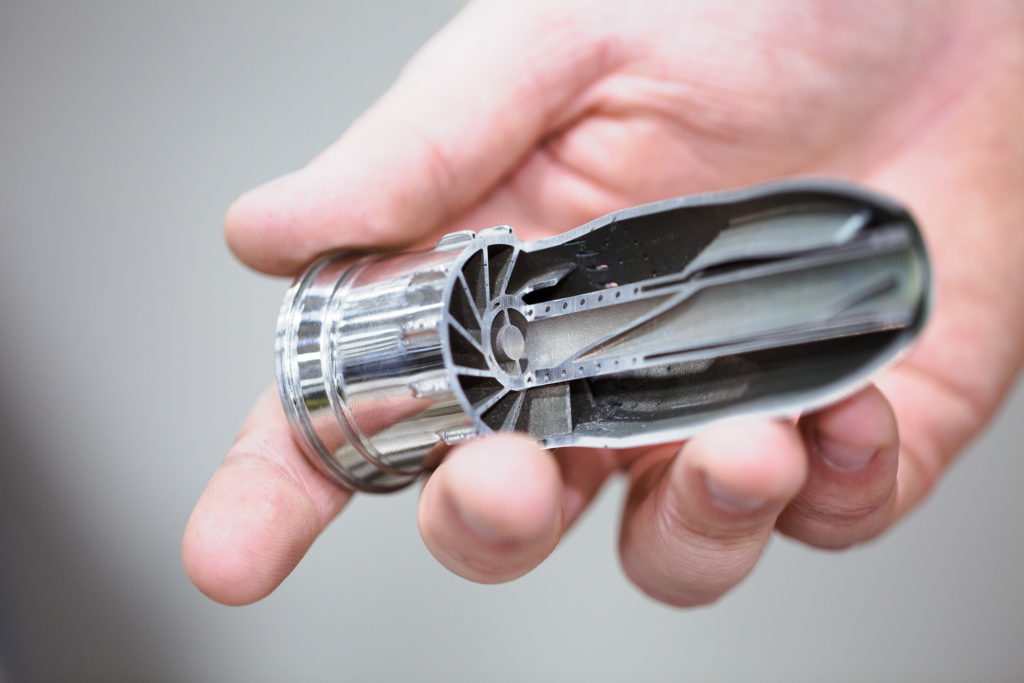 Dale Lombardo, manager of GE’s Manufacturing Processes Laboratory who worked with Jones, says that “at a time when the original Star Wars trilogy and Superman movies dominated people’s imagination with lightsabers and superheroes that could bend steel, Marshall was showing how lasers could perform amazing feats in the real world.” He said the laser applications Jones has developed “have changed the way manufacturing is done, demonstrating new ways to work with the most difficult advanced materials at a speed, cost and quality that can’t be beat.”

When Jones arrived at the GE labs in 1974, he joined a cadre of scientists who in the 1960s and 1970s pioneered research into semiconductors and lasers, including Nick Holonyak, the inventor of the visible LED, and the late Robert N. Hall, who created the first diode laser. Building on their work, Jones came up with laser beams powerful enough to cut steel, among other innovations.

Lasers are at the core of melting metal powders into place to build up parts in additive manufacturing. As the industry looks to increase the speed, size, availability and ease of making 3D-printed components, Jones’ improvements in laser configuration, controls and programming will be integral to GE’s developments in new machine concepts.

Jones also remains committed to promoting STEM education for young people, particularly in underserved communities. He has spent a lot of time with fourth graders at his old elementary school in Riverhead, New York. While at GE, he also recruits students from historically Black colleges and helps them follow his own incredible journey.

He told his 2005 audience at Duke: “I am certain that my elementary teachers would not have predicted that ‘little Marshall’ would be where I am today.”

For more information about Marshall, this year’s class of inductees and the National Inventors Hall of Fame, please visit their web site at http://www.invent.org/.