Cubs Win: After Historic Game 7 Of The World Series, Here's The Origin Story Of Night Baseball 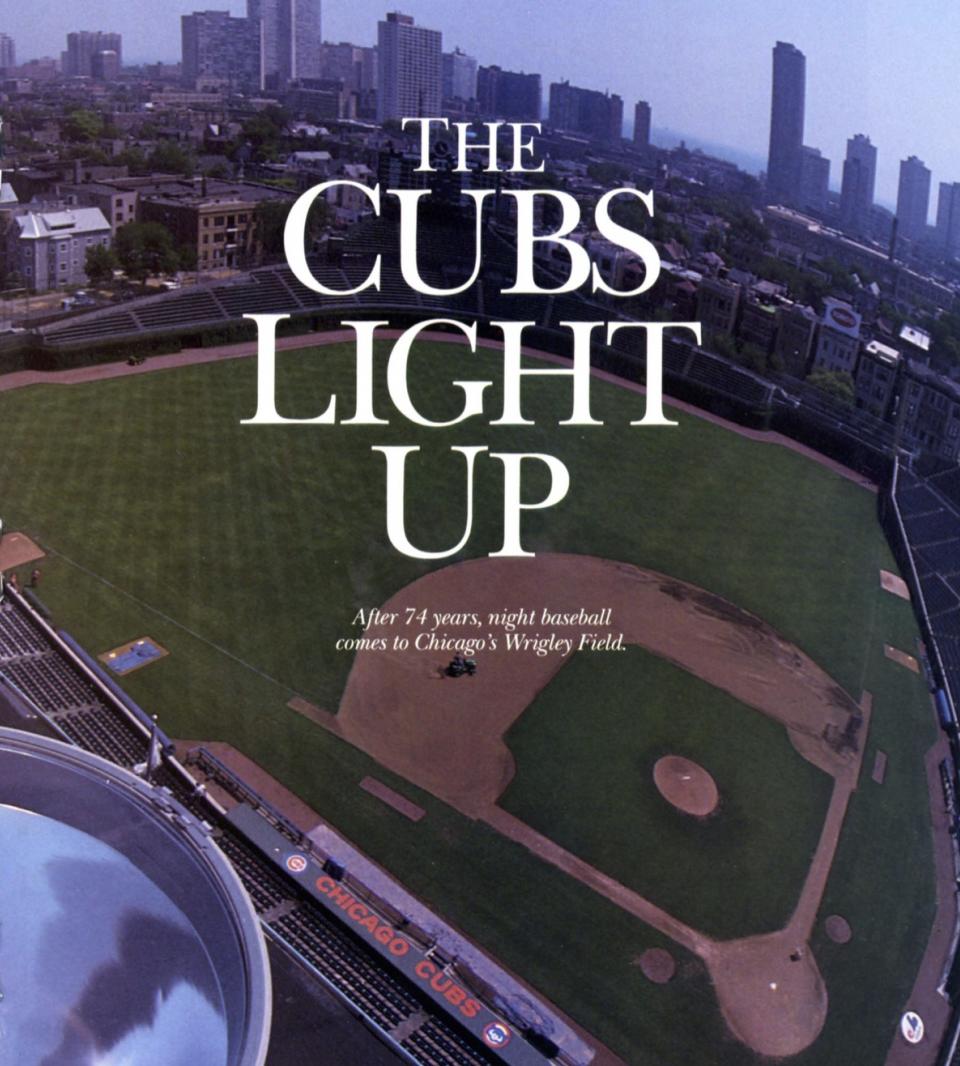 You know the result.

As the Cleveland Indians and Chicago Cubs squared off last night at Cleveland’s Progressive Field—in search of their first World Series wins in 68 and 108 years respectively—it was a fair bet that few fans were focused on the stadium’s lights.  But that wasn’t always the case. For almost a century after Abner Doubleday “invented” baseball on a cow pasture in the middle of Cooperstown, New York, night games were rarer than a Honus Wagner card.

It wasn’t until 1935, when the Cincinnati Reds asked GE to install towers around Crosley Field, that the first MLB game was played under artificial illumination. How those lights came to be is a story of ingenuity and technological cross-pollination, (which GE now calls the GE Store). Progressive Field uses GE lights today and the company also illuminated Chicago’s Wrigley Field in 1988―then the last MLB baseball park without lights. 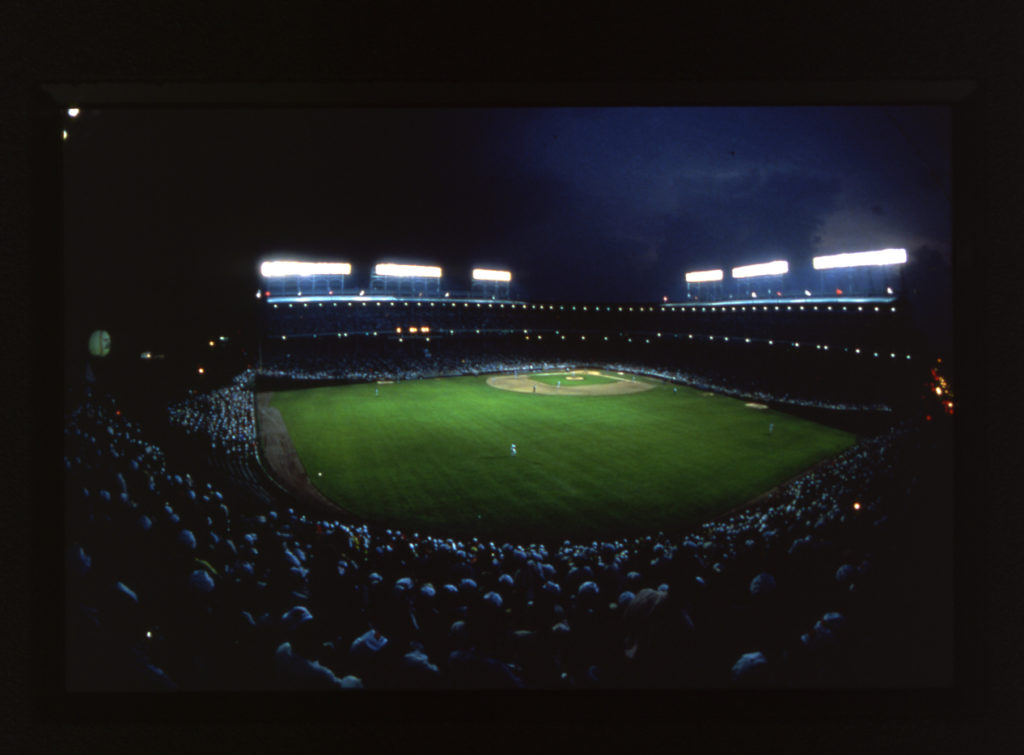 The Cubs’ Wrigley Field was the last MLB baseball park to install night lights. Here’s an image from one of the first night games played there, in 1988. Read the whole story at the bottom of this piece. All images credit: Museum of Innovation and Science Schenectady.


The story of night baseball begins early in the last century, there were a handful of pop-up exhibition night games. They were mostly seen as a novelty, but they got GE lighting engineer Robert J. Swackhamer thinking bigger. Swackhamer initially had freight trains, not baseball, on his mind. In the 1920s, a railroad company asked him to design an array of high-wattage lamps that would allow it to keep rail yards open overnight.

But the lights worked so well that Swackhamer convinced his bosses to test the arrays at the General Electric Athletic Field in Lynn, Massachusetts.On June 24, 1927, five towers supporting 72 flood lamps lit up what some fans consider the first night baseball game in history to feature permanent lighting. Salem beat Lynn 7-2, and the packed stands, which included players from the Boston Red Sox and the Washington Americans, who had played in Boston that afternoon, got the GE sales team dialing stadium managers around the country. 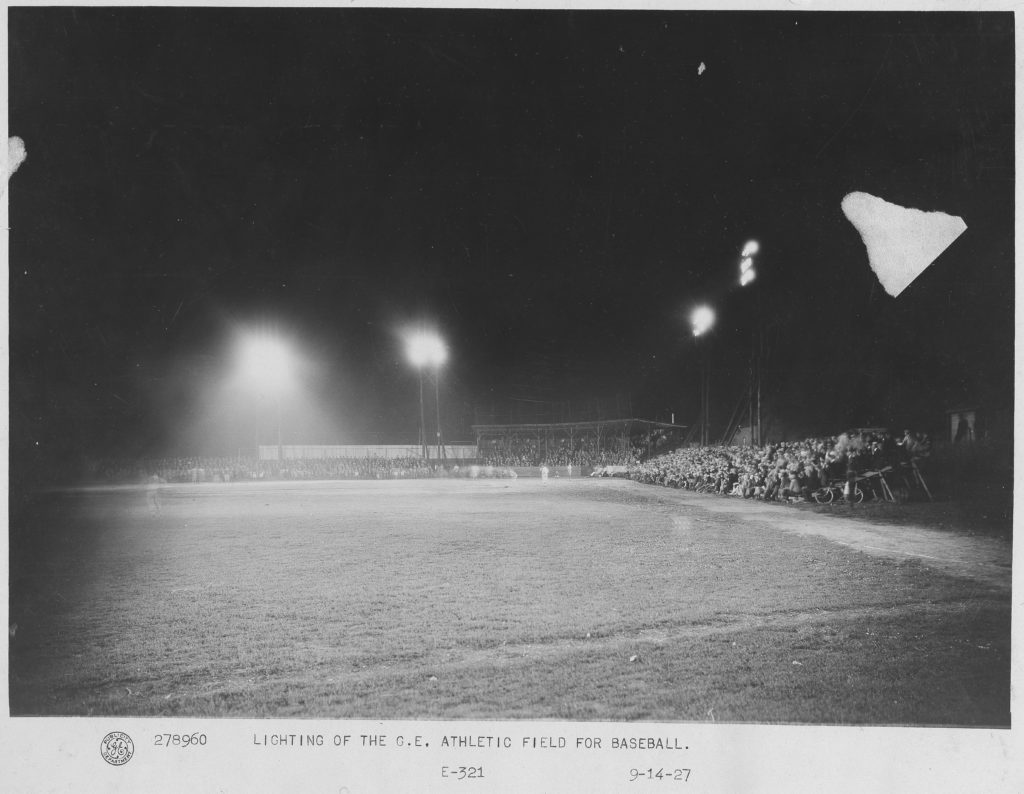 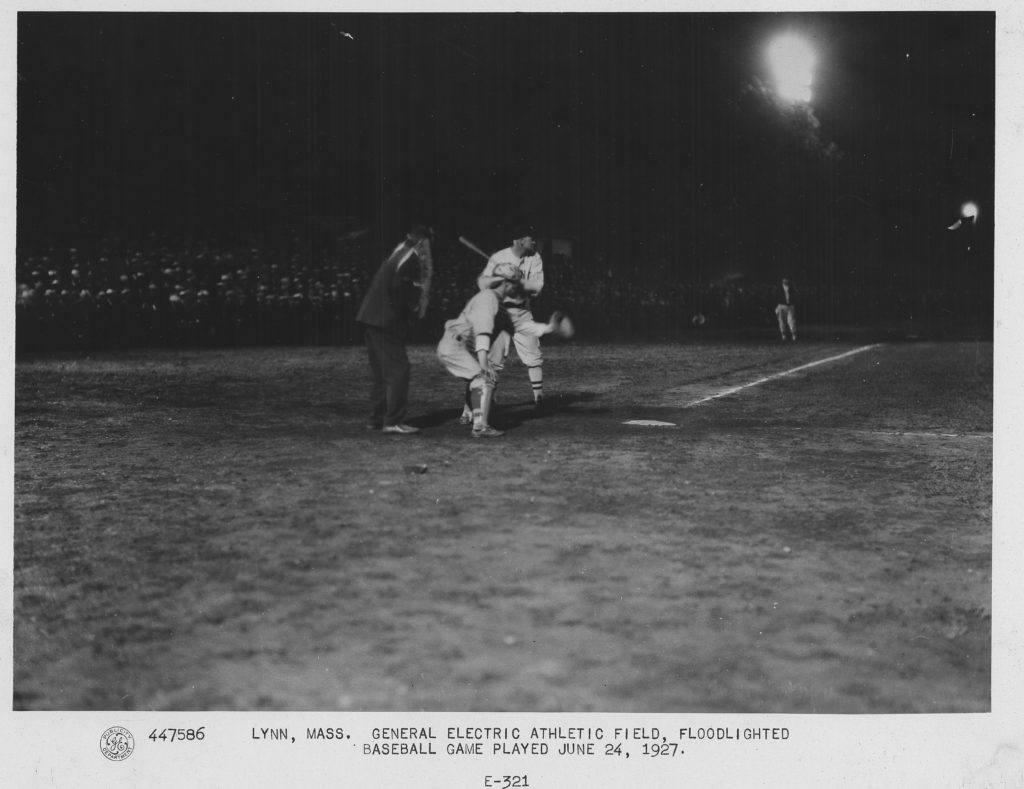 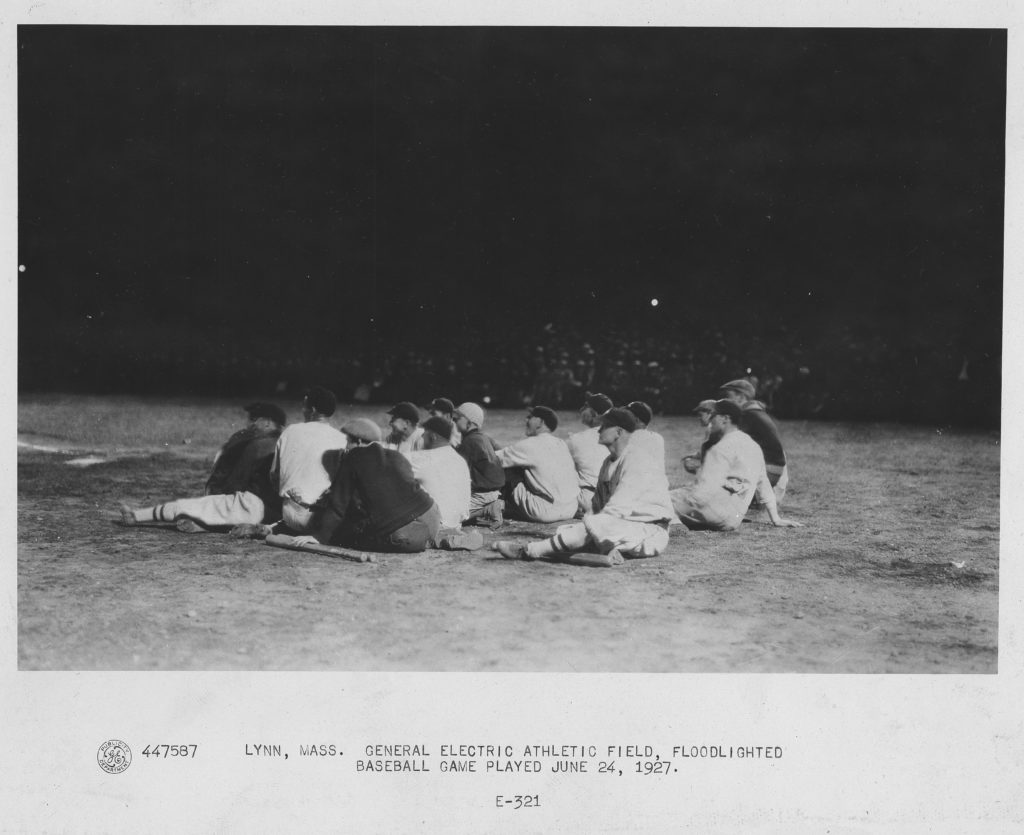 But stadium lights were a surprisingly hard sell at first, as major league teams initially viewed the idea of night games with trepidation. People like Washington Senators owner Clark Griffith believed “high-class baseball” couldn’t be played under artificial light. “They wanted to turn me over to the sheriff in 1930 when I put in the first [minor league] baseball lighting system in Des Moines and said it wouldn’t be long before the major leagues would do it,” Swackhamer told writer David Pietrusza.

John McGraw, manager of the New York Giants, warned that “undoubtedly an attempt will be made to introduce night baseball in the major leagues, and it cannot be considered lightly.” It took GE three years to sign up a handful of minor league teams as customers. But in 1935 the sales team finally had a hit with the Cincinnati Reds.

The Reds were on the brink of bankruptcy at the time. No more than 3,000 fans, on average, were showing up for weekday games. Owner Powel Crosley and general manager Leland “Larry” MacPhail took a gamble and invested $50,000 ($850,000 adjusted for inflation) in GE lighting.

The first night game in major league history took place at the Reds’ Crosley Field on May 24, 1935. A crowd of 20,000 people watched the Reds beat the Philadelphia Phillies 2-1. It was a narrow win, but it caused a revolution in baseball. “As soon as I saw the lights come on, I knew they were there to stay,” said Cincinnati’s announcer, Red Barber.

Crowds flocked to see the Reds play under the lights. The team played seven night games in 1935 before 130,000 fans — an average of 18,500 visitors per game. Other teams soon followed their lead. By 1941, 11 of the 16 major league baseball fields had installed GE lighting, including the New York Yankees, Boston Red Sox and Brooklyn Dodgers.

Swackhamer was vindicated when even the Giants came to see the light. GE still illuminates sports stadiums, including a number of arenas at the 2016 Olympic Games in Rio De Janeiro.

Cubs fans, don't miss below a story from GE's Monogram magazine about how GE illuminated Wrigley Field in 1988: 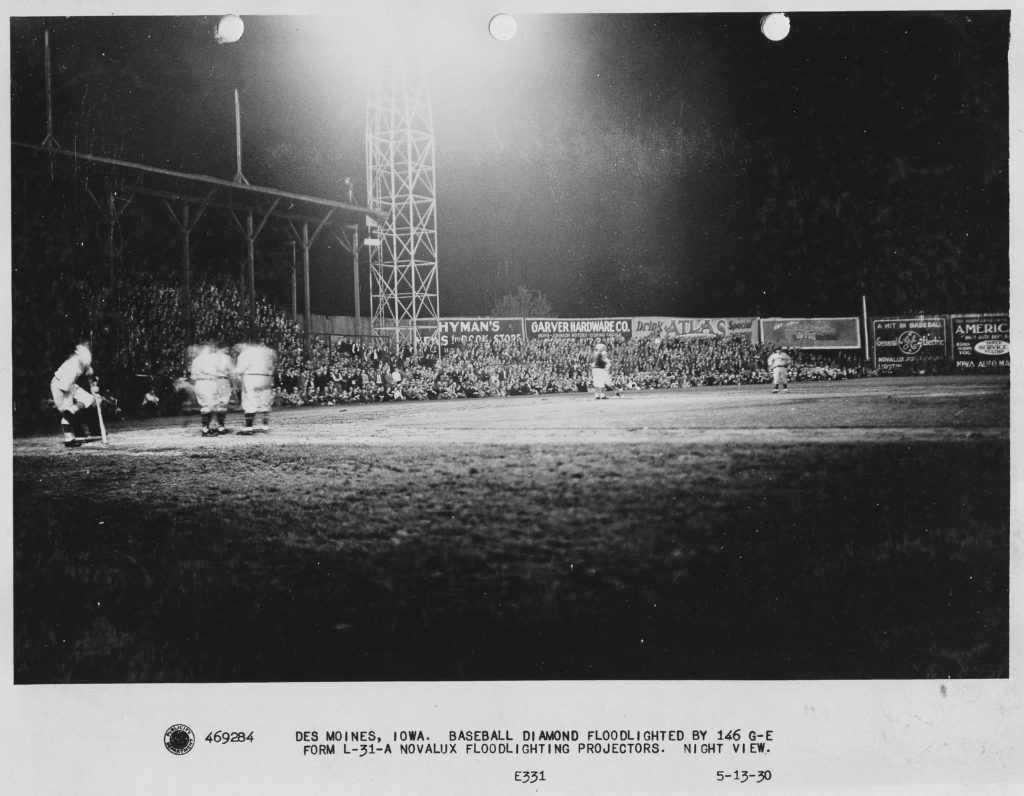 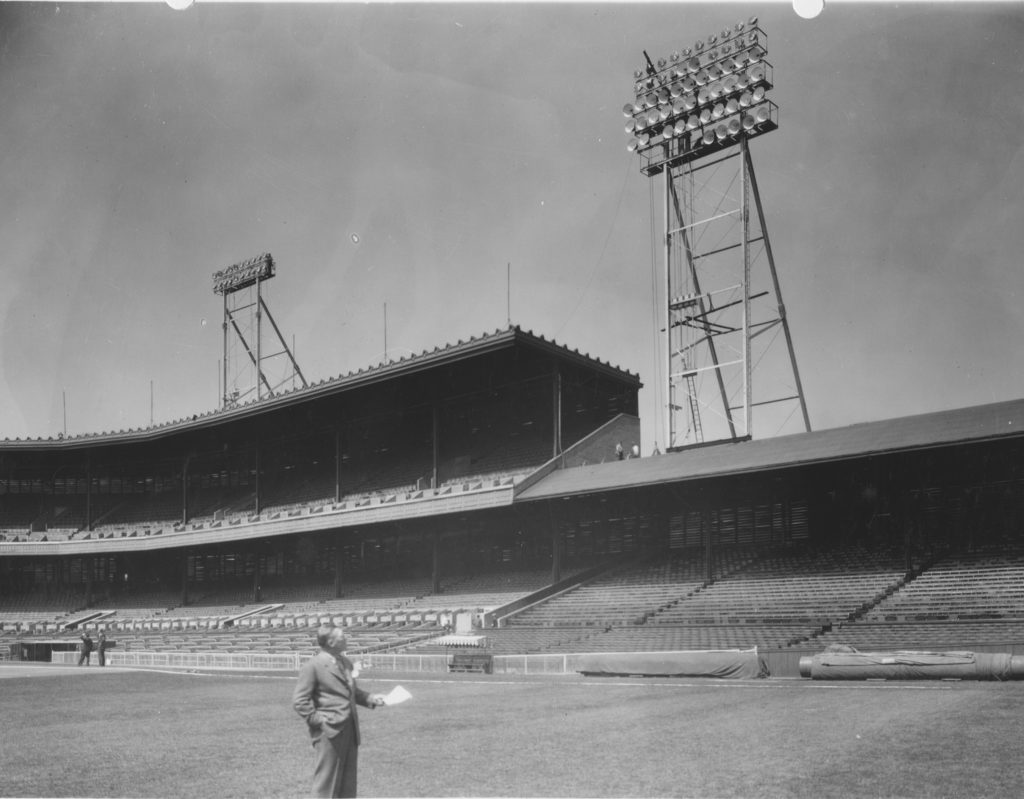 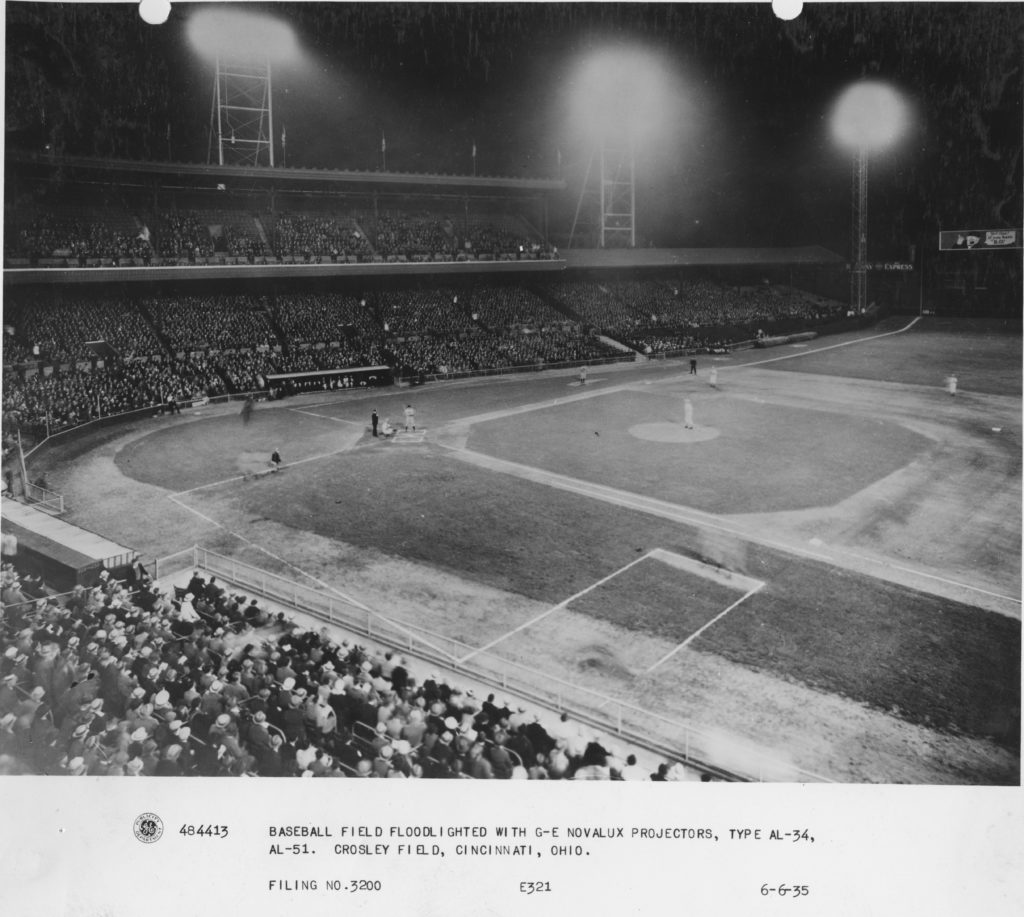 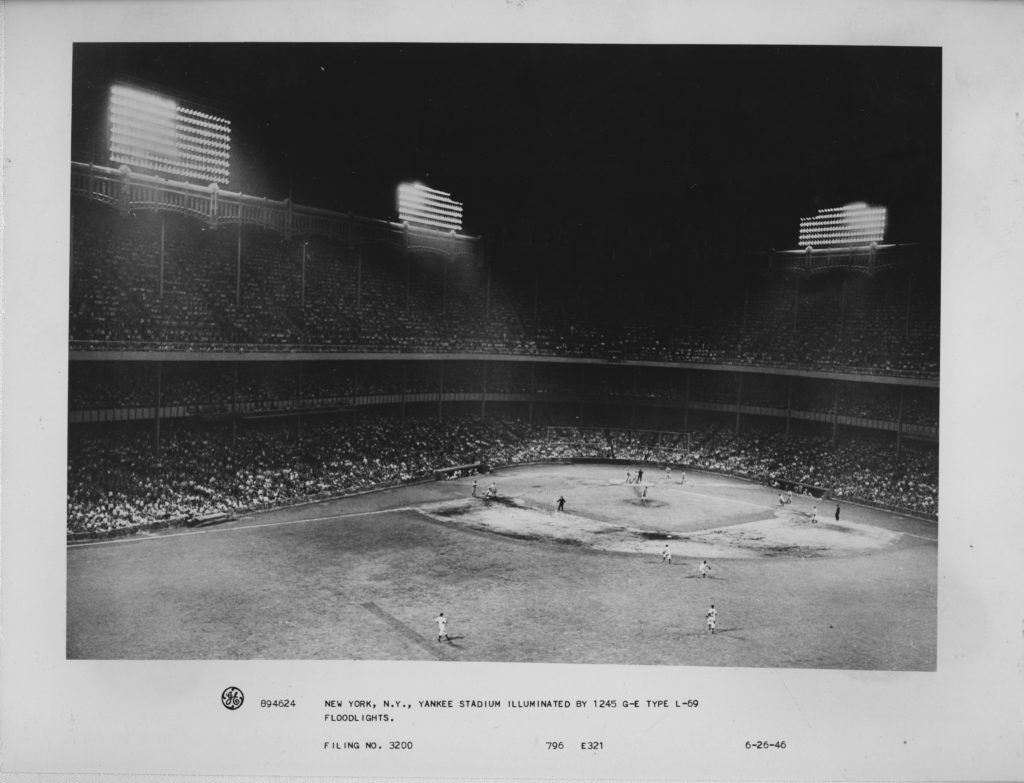 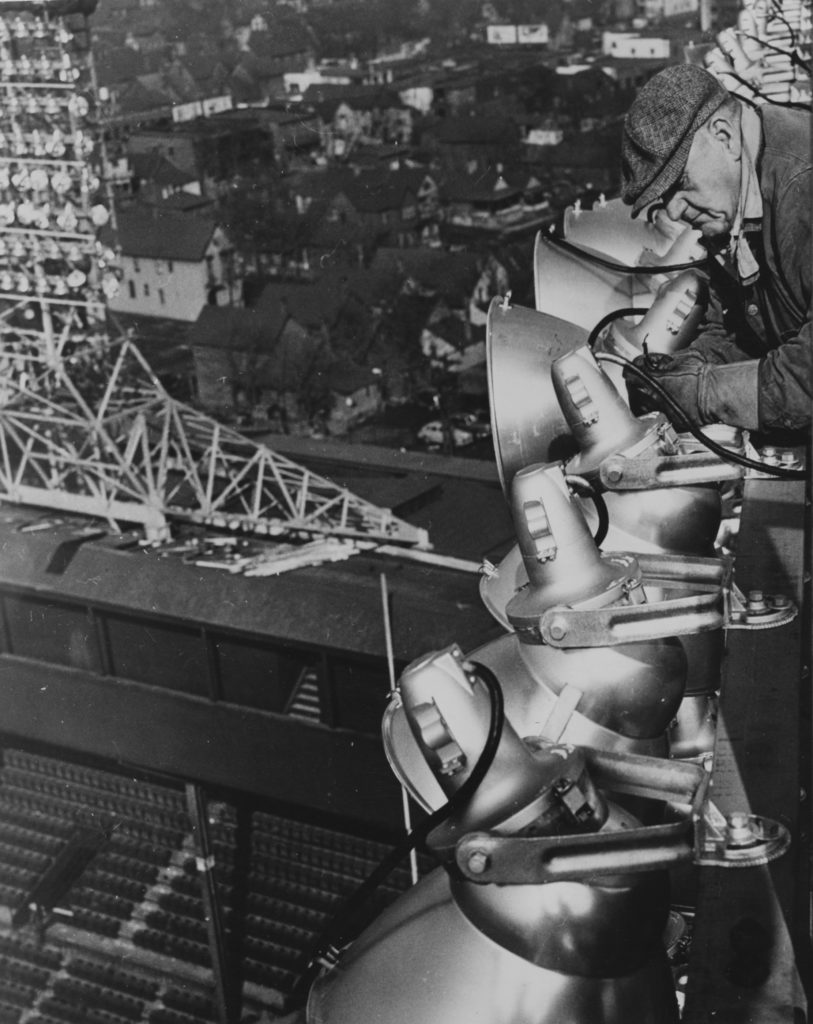 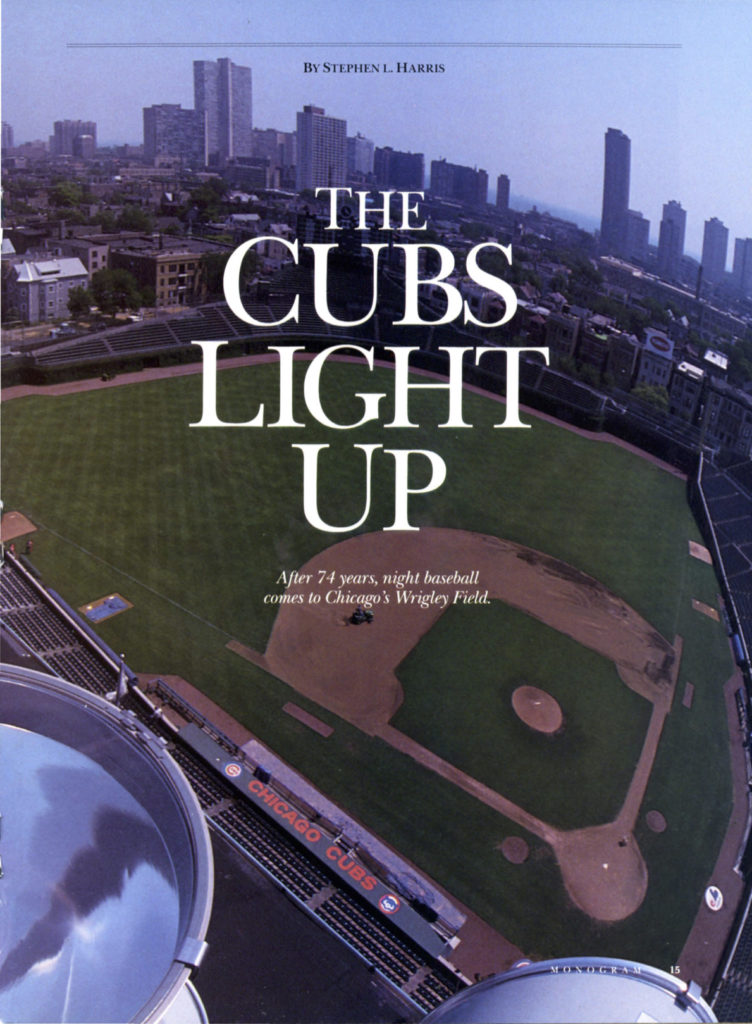 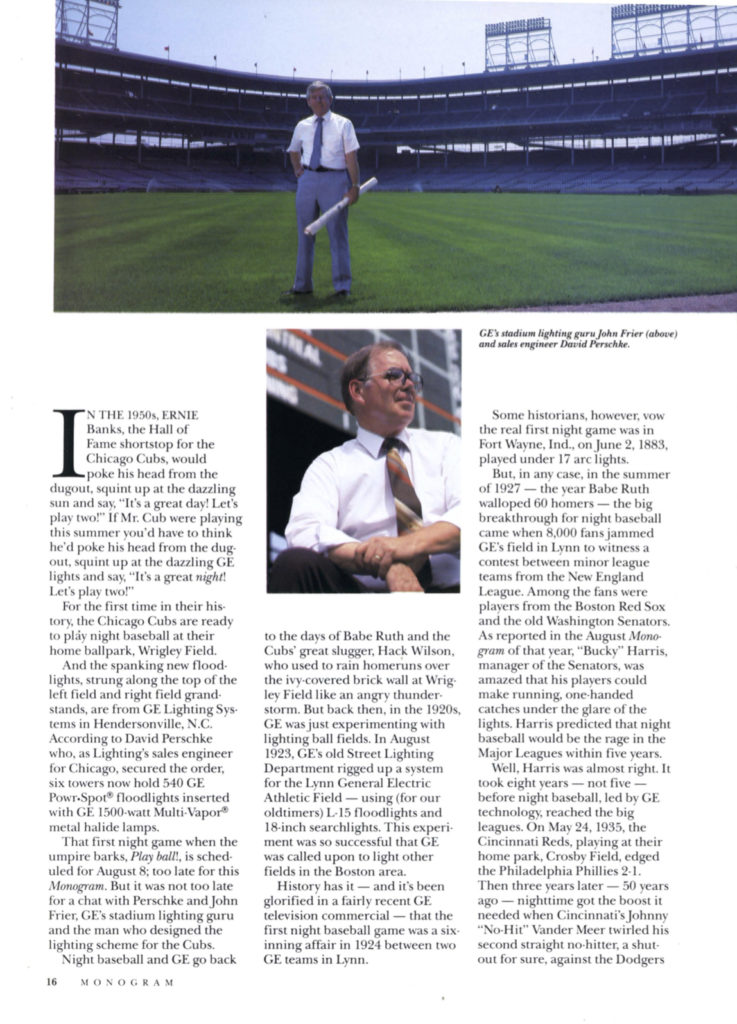 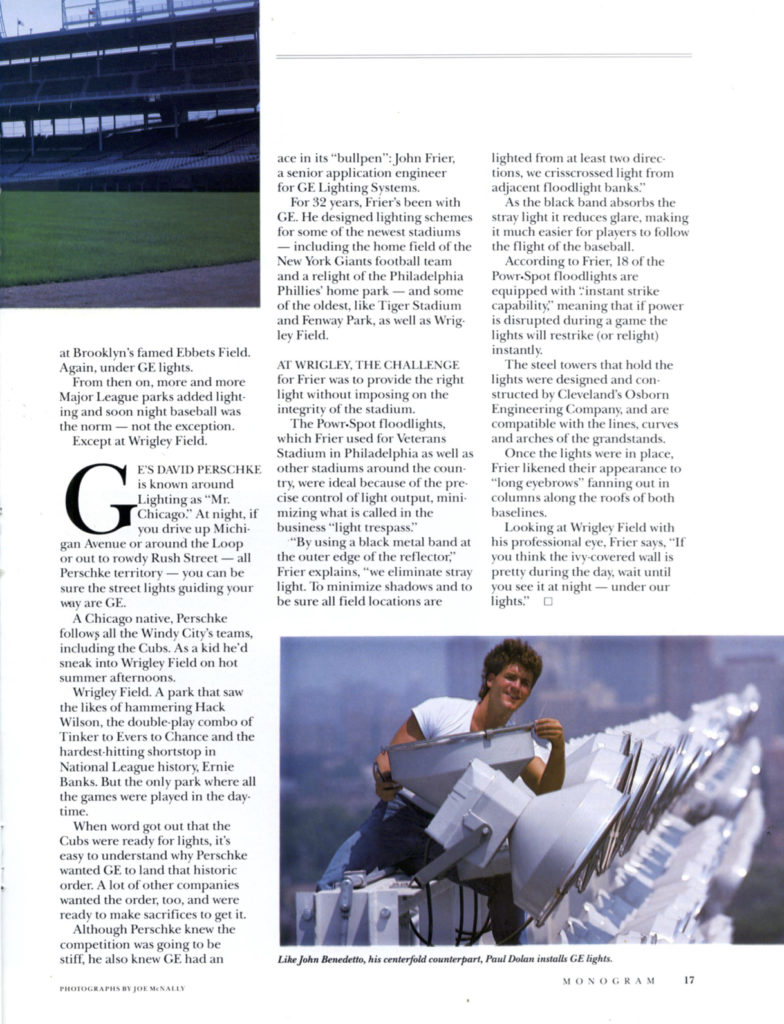