The hills and valleys of eastern Ohio are no strangers to energy revolutions. Some 200 years ago, settlers in what is now the town of Caldwell drilled the first working oil well in the United States. Earlier this month, a new power plant located an hour away in the village of Hannibal, on the Ohio River, produced electricity with a fuel mix containing hydrogen.

Hydrogen does not emit any carbon when it burns. Using the gas to generate electricity could be an important tool for the energy industry to reduce emissions and meet its decarbonization goals.

The Long Ridge Energy Terminal, the first purpose-built power plant in the United States to generate power with hydrogen fuel, could pave the way. Hydrogen fuels, along with post-combustion carbon capture, utilization and sequestration—or CCUS—are two technology solutions that can further decarbonization in the coming years and make it a “destination technology” in the energy transition.

The plant, a subsidiary unit of the companies Fortress Investment Group and GCM Grosvenor, has enough capacity to supply the equivalent electricity needed to power 400,000 U.S. homes. The beating heart of the facility is GE Power’s 7HA.02 gas turbine, one of the world’s most advanced gas turbines in production. “This is a profound achievement for Long Ridge Energy Terminal, GE and the entire power generation industry,” says Bo Wholey, president of Long Ridge Energy Terminal.

The journey to larger amounts of hydrogen will require innovation, and Goldmeer says that GE is up to the task. The 7HA.02 gas turbine can already burn hydrogen fuel blends of up to 20%. Goldmeer says GE and the operator will increase the hydrogen amount incrementally. 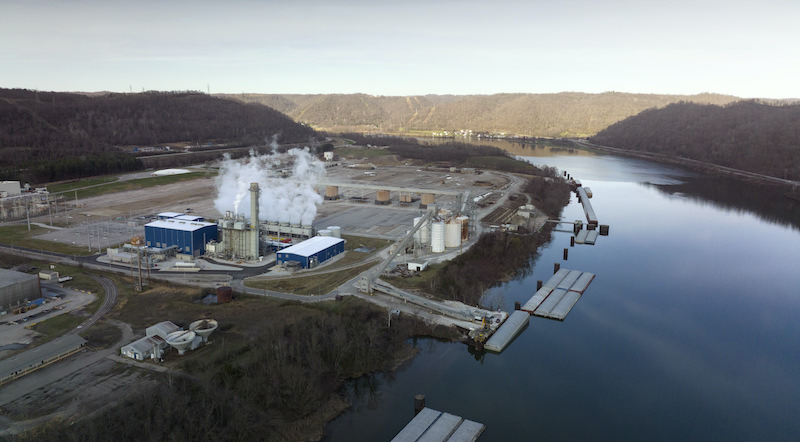 That’s because hydrogen behaves differently than natural gas, and the more hydrogen there is in the fuel mix, the more dominant are its properties. For example, the gas is very reactive, and its “flame speed” is 10 times higher than that of natural gas. This means the flame in the combustor can travel up the stream of unburned hydrogen fuel extremely quickly. In a system designed for natural gas, the hydrogen flame could jump upstream and damage the fuel nozzle.

But based on work the company did with the U.S. Department of Energy going back 15 years, GE has already designed combustors that can burn up to 50% hydrogen fuel blends. GE engineers are now building hydrogen combustion systems that can go higher while preserving the turbine’s high efficiency. “Most people don’t say, ‘I’ve never driven a car, but today I will drive the Daytona 500.’ You might want a little practice first,” said Goldmeer, who holds a PhD in mechanical engineering.

GE is a good partner to have in the car. The company has more than 8 million operating hours of practice using hydrogen and other lower-carbon fuels across more than 100 gas turbines. Those operations are typically smaller than a plant of Long Ridge’s size and incorporate waste gas to help power a steel plant or refinery.

But Long Ridge is different. “We’re putting 485 megawatts onto the electrical grid,” Goldmeer points out. He says that maxing out the fuel blend right at the beginning isn’t necessary to send an important message that powering the grid with hydrogen is possible — and it is happening. “If we’re going to talk hydrogen for power to decarbonize our electricity system, scale matters. Utility scale helps people crystallize that thought.”

At GE and beyond, Goldmeer is known as the “fuel guy.” He is the host of the popular Cutting Carbon podcast. His cartoon avatar walks viewers through the energy transition on YouTube. “For almost 15 years I have been an in-house fuels and combustion consultant, and the last few years really have focused exclusively around decarbonization,” says Goldmeer. “I spend a lot of my time working with customers as they think about their decarbonization goals and road maps.”

Hydrogen is the most abundant element in the universe, but here on Earth it’s an energy carrier, not an energy source. This means that its molecules are usually tied up in some larger molecule, such as water (H2O) or hydrocarbons, including coal and methane. They must be separated before they can be used. “In order to get hydrogen, you have to put a significant amount of energy in to split it from its partners,” Goldmeer explains.

There are several ways of isolating hydrogen in its usable form (H2). Some of them are greener than others. Most hydrogen is made by splitting it off from coal gas or natural gas. But this method emits carbon, and the product is referred to as gray hydrogen. Blue hydrogen also is made from fossil fuels, but the CO2 by-product gets captured and stored underground. While this means lower emissions, it is not a net-zero solution. 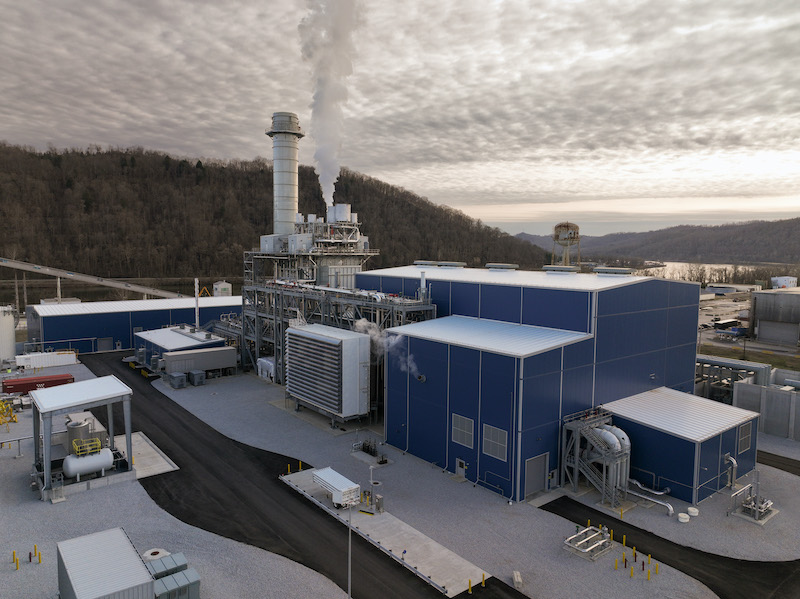 Green hydrogen is hydrogen produced without carbon emissions. It is typically made by using renewable energy to electrolyze water, splitting it into hydrogen and oxygen. It will take a lot of energy, a lot of water and a lot of storage capacity to create the volumes of hydrogen we need to replace fossil fuels in energy generation. Goldmeer says that the biggest limiting factor to using green hydrogen for power generation isn’t engineering but supply.

For now, Long Ridge is using hydrogen produced as a by-product from a nearby industrial facility. But Goldmeer notes that the plant is strategically placed just across the river from West Virginia, which might become one of America’s first “hydrogen hubs.” The bipartisan infrastructure bill that the White House signed into law last November includes $8 billion for regional clean hydrogen hubs to expand the production of hydrogen, with an emphasis on moving away from gray hydrogen. West Virginia is vying to be one of them.

Hannibal is also situated near natural underground salt deposits that could be used to store large quantities of hydrogen.

GE is making sure that as the hydrogen economy grows, the technology needed is ready. The Long Ridge power plant is an important first step. Says Goldmeer: “You don’t have to wait and wait for some technology breakthrough to start at step one.”