Hot Off The Press: 3D Printing Has Pushed This Gas Turbine To New Highs

In 2012, Andrew Passmore thought he had taken a machine to its limits. His team of engineers had just upgraded a gas turbine powerful enough to supply with electricity the equivalent of  200,000 European homes. It was the second upgrade in seven years, but the team still managed to wring an extra 12 megawatts (MW) from the turbine, boosting its power capacity to 180 MW. They also pushed the machine’s maintenance interval to 48,000 hours, meaning that it could now generate power for nearly five and a half years without needing to go offline for service. Passmore, a senior product manager based in Baden, Switzerland, remembers feeling a sense of satisfaction. “At the time, we thought, ‘That’s it’ — we had reached the limits of this turbine,” he says.

It was easy to understand why. GE engineers had again squeezed new efficiencies and record reliability out of the overachieving machine known in the power industry as the GT13E2. The turbine was — and still is — the world’s most reliable and efficient gas turbine in its class. But it turns out that the engineers were only getting started. “Along came additive manufacturing — or 3D printing — and it changed everything,” Passmore says.

A team from GE Power's Advanced Manufacturing Works is now 3D printing high-tech parts in Switzerland that take the turbine's performance even higher. The team's 3D printers make the parts by with lasers welding together thin layers of metal powder — in this case, a nickel superalloy. The printer works with microscopic precision and Passmore admits losing himself as he watches a turbine part growing slowly before his eyes. “It’s just hypnotic,” he says. 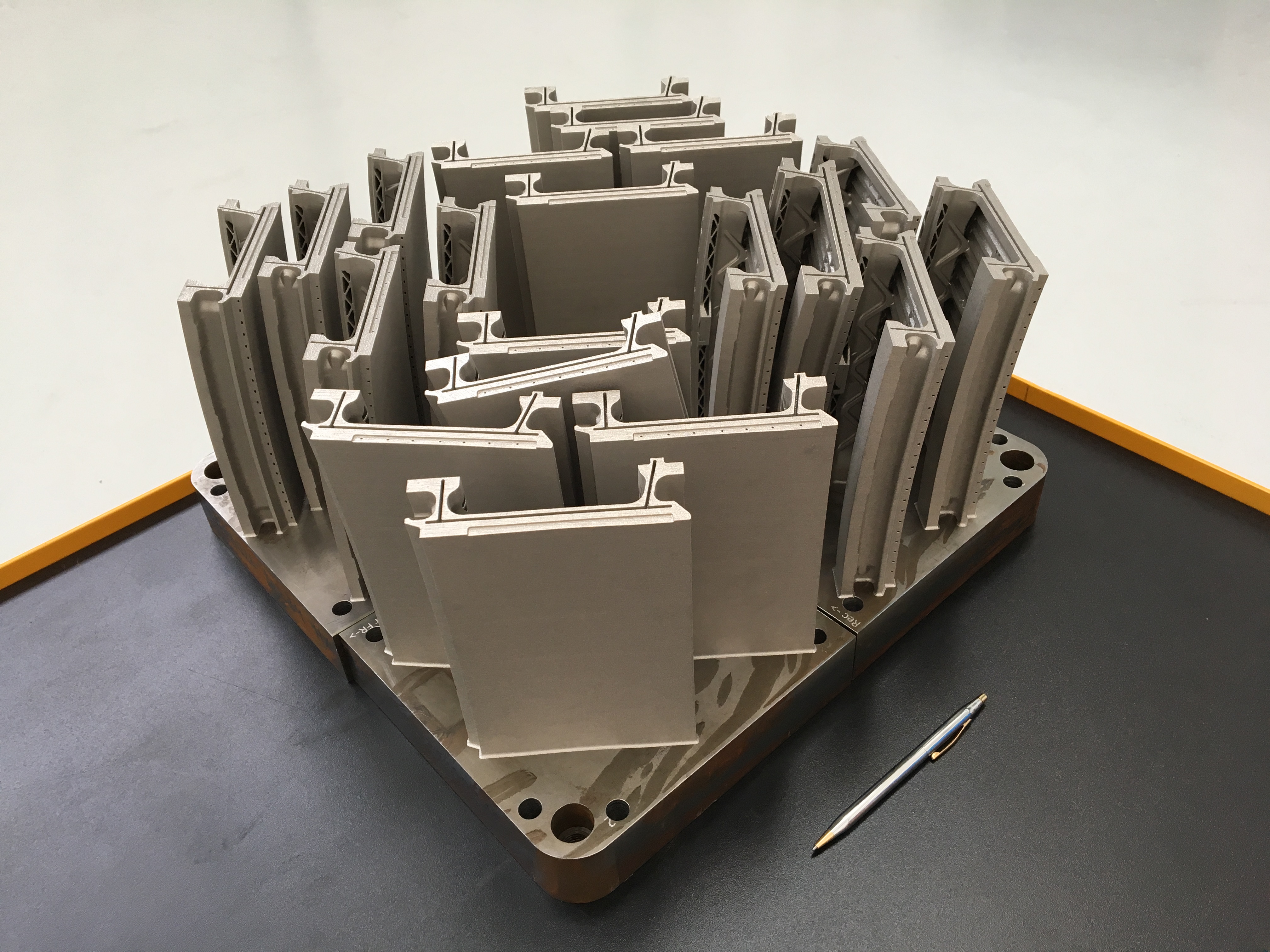 The engineers fix the freshly printed parts into the turbine — and that’s when the magic happens. The parts help boost the efficiency of the turbine by another 2.1 percent, retaining its marathon 48,000-hour lifetime. “In turbine terms, that’s massive,” Passmore says.


The 3D-printed parts also boost the power capacity of the gas turbine, depending on its upgrade status, by up to 21 MW. GE estimates that this new upgrade, the company calls it "MXL2 with Additively Manufactured Performance (AMP)," can help power producers save up to $2 million in fuel annually. It also opens up the potential for additional revenue of up to $3 million per year.

You just can’t get the same results with parts made by traditional metal casting, Passmore says. 3D printing allows engineers to sculpt intricate configurations that are impossible to achieve in a foundry.

Take a turbine’s stator heat shield, a paperback-size piece of metal that protects the engine’s casings. It’s a critical part in the front section of the turbine that sees its hottest temperatures — over 1,200 degrees Celsius. Cast heat shields survive in the engine by being fed lots of pressurized cooling air. But this cooling air has a cost — the energy used to compress this air drastically reduces the turbine’s efficiency.

But 3D printing gives engineers a new level of sophistication, and they can make heat shields with advanced internal air passages. Bingo: a high-tech cooled part, which saves on pumped air. Now imagine a whole row of 40 heat shields in one turbine, and you can see how efficiency gains stack up.

The scalability and repeatability of 3D printing is also a boon. Engineers can print several parts simultaneously — up to 20 at a time — rather than casting them one by one. “We’re doing whole rows in-house in one hit,” Passmore says.

This isn’t the first time that large 3D-printed objects have been used in engines. For instance, GE engineers are also 3D-printing sleek turbine blades for the GE9X, the world’s largest jet engine, which took its maiden flight in March. But it is the first time anyone has used a 3D-printed, full-size part directly in a gas turbine upgrade.

The turbines are not just heavyweight generators that keep the lights on — they also power energy-hungry aluminum smelters worldwide, and deliver the heat for district heating networks, which keep radiators and water hot in chilly northern and eastern Europe. Passmore's 3D-printed parts will soon be helping to keep the German capital warm. Power giant Vattenfall will boost the power capacity of its turbine at its iconic district heating plant in Mitte, Berlin, by 21 MW using the parts. Vattenfall has already been running 3D-printed trial parts in the engine for three years.

Such uses vindicate the technology, Passmore says. “We aren’t crazy guys in white coats in a lab — these are real parts we’re using for the commercial upgrade of massive machines.”

He pauses, remembering again the first time he saw the 3D printers at work in Switzerland. “When I saw the parts coming out of the machine, I thought, ‘Wow — we have arrived.’”