Hot Dam: How Hydro Storage Will Allow Uruguay To Join The 100% Renewables Club

Water is the foundation of the South American country of Uruguay – literally. The country’s name means either "river of snails" or "river of birds" in Guarani, one of the indigenous languages of the continent. Wedged between Brazil and Argentina, the nation now plans to use the power of water to wave goodbye to electricity from fossil fuels forever.

In recent years, 50-60% of Uruguay’s power has been generated from the country’s four hydroelectric dams on the River Uruguay. Most of the remainder comes from renewable energy sources such as solar panels and wind turbines. That combination has turned the country into the world’s poster child for low-carbon energy. In fact, Uruguay is well on the way to reducing the carbon footprint of its power system to almost zero.

The one remaining sticking point is storage. Without it, renewables can only be used as they are generated. So, for example, solar panels are of little use at night without some sort of energy storage capacity, and the wind does not always blow on Uruguay’s rolling plains. Power from the country's hydropower plants also fluctuates depending on rainfall. But this intermittency and volatility could be smoothed out with the addition of storage.

At the World Hydropower Congress in Paris this week, hydro storage topped the agenda at the four-day conference, which is run by the International Hydropower Association. “It’s not a new technology,” said Bill Armstrong, regional leader for GE's Hydro Solutions in Europe, Middle East and Africa. “But the need for it is increasing now that two-thirds of the world’s future energy mix will come from renewables.” 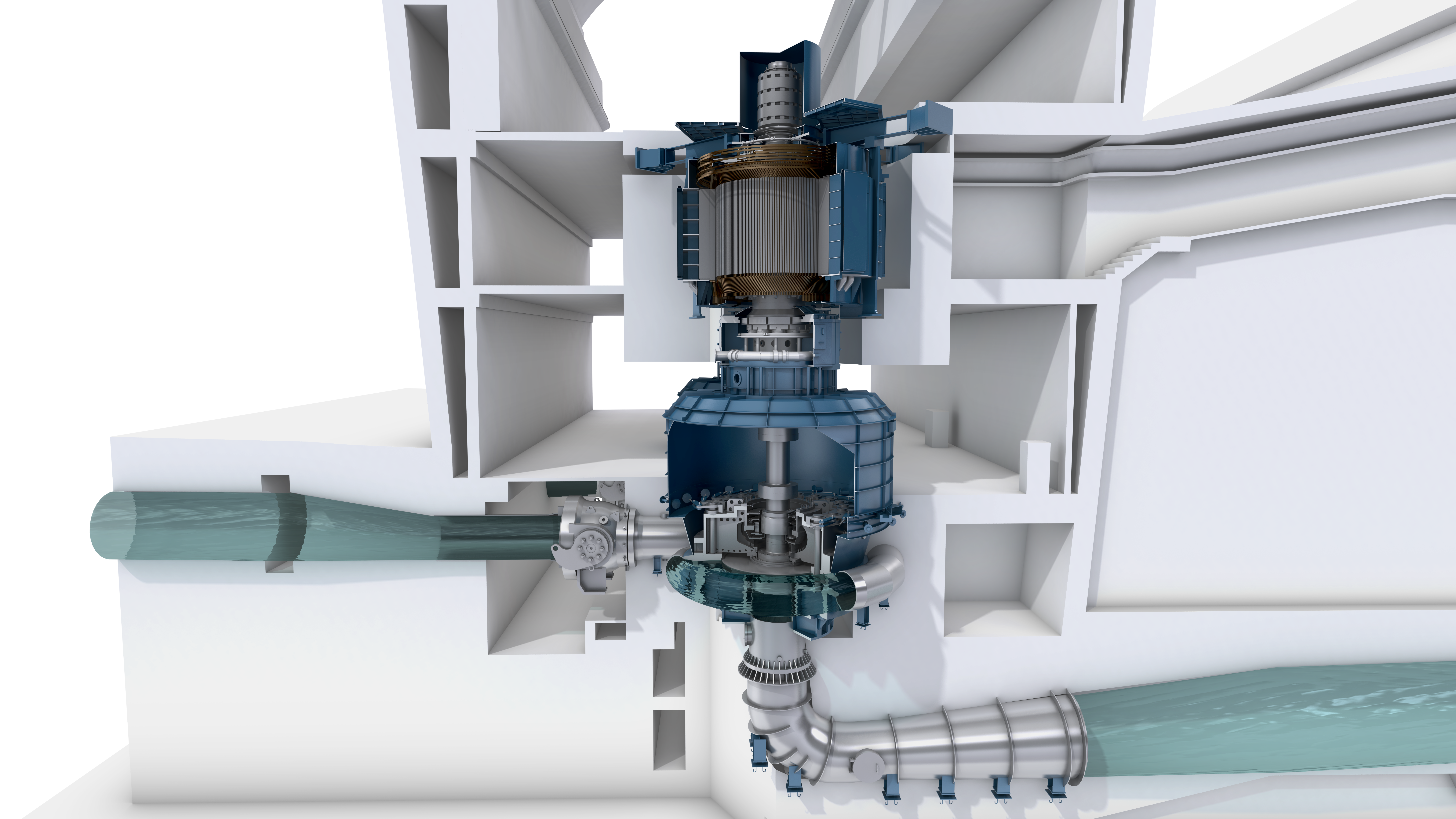 Top image: Projects like the 450-megawatt pumped hydropower plant in Linthal, Switzerland, can be used as giant batteries. Above: GE's pump turbine technology, like the turbine featured above, is present in 30% of the world’s hydro storage plants that are either in operation or under construction. Images credit: GE Renewable Energy.


Hydro storage provides reliability and flexibility to a renewables-based grid by creating a huge, continuously rechargeable battery that is entirely powered by the elements: All you need are healthy solar and wind power capacity, some water and the means to pump it uphill.

This makes Uruguay a perfect candidate. The grid operator could use cheap electricity generated by solar panels during daylight hours – when the sun shines and power demand is low — to power turbines that pump water from a low reservoir to a higher one. At sunset, when power demand picks up and solar generation slumps, the grid operator can unleash the water to flow through turbines, producing power for the grid. Power production is abundant, continuous and seamless. The country won’t need to burn a single kilogram of oil, gas or coal to meet power demand.

Experts think hydro storage is a good fit for Uruguay because of "complementarity patterns" between wind, solar and hydropower generation. In a nutshell, there is usually healthy solar generation during the day, and Uruguay can normally count on windier weather at night. This means that the wind could recharge the country’s giant water batteries while Uruguayans sleep.

Hydro storage will be also be a valuable tool for wind- and solar-heavy grids that grapple with unpredictable weather caused by global climate change. In recent years, Uruguay has veered between drought and the biblical rainfall of El Niño, the weather phenomenon that develops off the Pacific coast of South America and brings extreme precipitation and temperatures to much of the continent.

Energy Minister Guillermo Moncecchi hinted this week that the country’s hydro storage plans were at an advanced stage. In a policy perspective released before the conference, he wrote that Uruguay is seeking to completely phase out power plants that burn fossil fuels over the next 30 years, and that the government was already identifying “potentially useable sites” for plants that address the daily variability of energy demand. 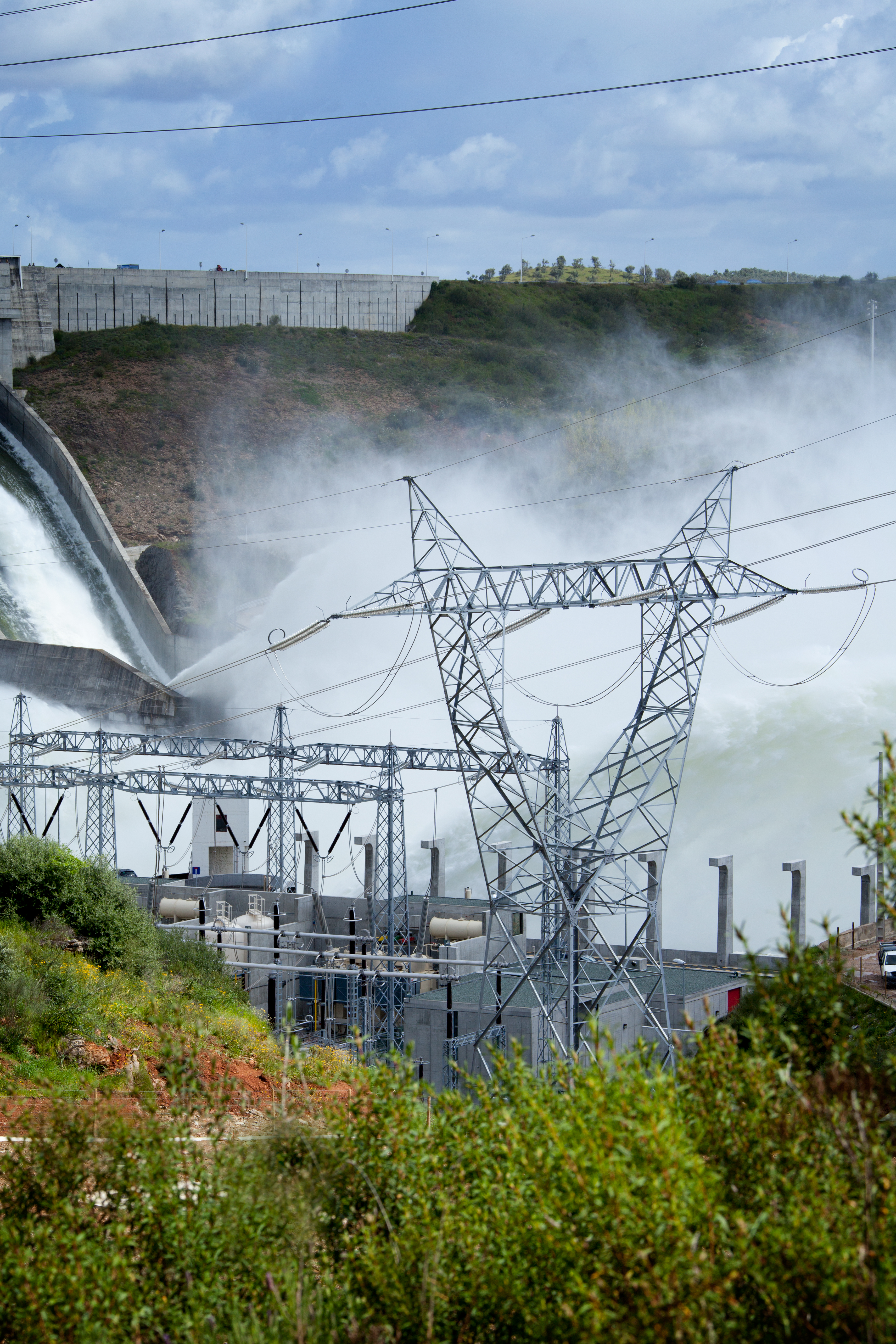 
The opportunity for batteries in an increasingly renewables-powered world is immense. The International Renewable Energy Agency (IRENA) has estimated that 325 GW of hydro storage, along with 150 GW of battery storage, is required to double the share of renewable power generation by 2035. Hydro storage has an edge over common lithium-based batteries, because the technology behaves in the same way and does not need replacing several times during the 100-year life span of a hydro storage project.

GE will have a huge role to play in shaping the future of these giant “batteries.” Its pump turbine technology is present in 30% of the world’s hydro storage plants that are either in operation or under construction. GE pump turbines rapidly move water to higher reservoirs, allowing a large 400-megawatt facility to start producing power in just 90 seconds. That speed is essential when a grid is switching the hydropower on and off several times per day.

GE also offers variable speed technology in about half of its hydro storage projects. In a fixed-speed hydro storage plant, strict power requirements limit the plant to pumping and generating at a single, predetermined speed. Using double-fed induction machines and large power electronics, GE’s pump turbines can work intermittently and at lower speeds to give the power network greater flexibility, predictability and efficiency.

The keynote speeches at the World Hydropower Congress on Tuesday all reserved a special mention for hydro storage. Fatih Birol, the executive director of the International Energy Agency, told delegates that hydro storage is crucial to providing flexibility and reliability to grids where the penetration of renewables is higher than 50%. “We are not making the most of it,” she said.

There were also plaudits for hydro storage from Jean-Bernard Lévy, CEO of French power giant EDF. He said that the technology could balance out “highly volatile” renewables. “It can give you 24/7 power availability when combined with solar and wind,” he said.

Pascal Radue, the chief executive of Hydro Solutions at GE Renewable Energy, said that hydro storage allowed intermittent renewables to “happen.” However, he warned that the hydropower industry needs to spend time explaining the technology to governments and the public to ensure it gets the attention it deserves as a vital renewable energy.

If Uruguay can use hydropower to get to zero emissions, it could serve as a beacon for other countries struggling to move to renewable energy.