As a kid growing up in San Francisco in the 1970s, Mike Arguello loved to hang out at San Francisco International Airport. Arguello often found himself waiting there for hours for visiting relatives, whose arrivals from Central America were often delayed.

But to Arguello, it was as good as being at a playground. He would run from gate to gate, watch jets from all over the world taxi to their runways and take off, and gaze at flight information boards. “You didn’t need a boarding pass to go through security, so I could go anywhere I wanted,” he says. “It was a real event!”

Even as a boy, though, a question nagged at him: Why are so many flights delayed? That riddle stuck with Arguello, now 55, and has led him to his current role at GE Aviation – Digital Solutions, where his team created the Network Operations suite of digital solutions. It uses algorithms designed to help airlines keep planes flying and passengers arriving on time.

For large, global airlines, GE estimates that the system, which helps major airlines recover aircraft and crew schedules when they’re disrupted, could reduce canceled flights by 22 percent and delays by 12 percent and improve on-time performance by 2 percentage points.

Ever since the first airlines opened for business a century ago, delayed and canceled flights due to weather, aircraft maintenance or crew issues have been the bane of commercial aviation, costing carriers and passengers over $25 billion a year. Last year in the U.S. alone, airlines delayed nearly 730,000 flights and canceled 80,000, according to the U.S. Department of Transportation. When just a single airport closes for six hours because of foul weather, flight schedules for hundreds of airplanes and as many as tens of thousands of passengers can get upended. 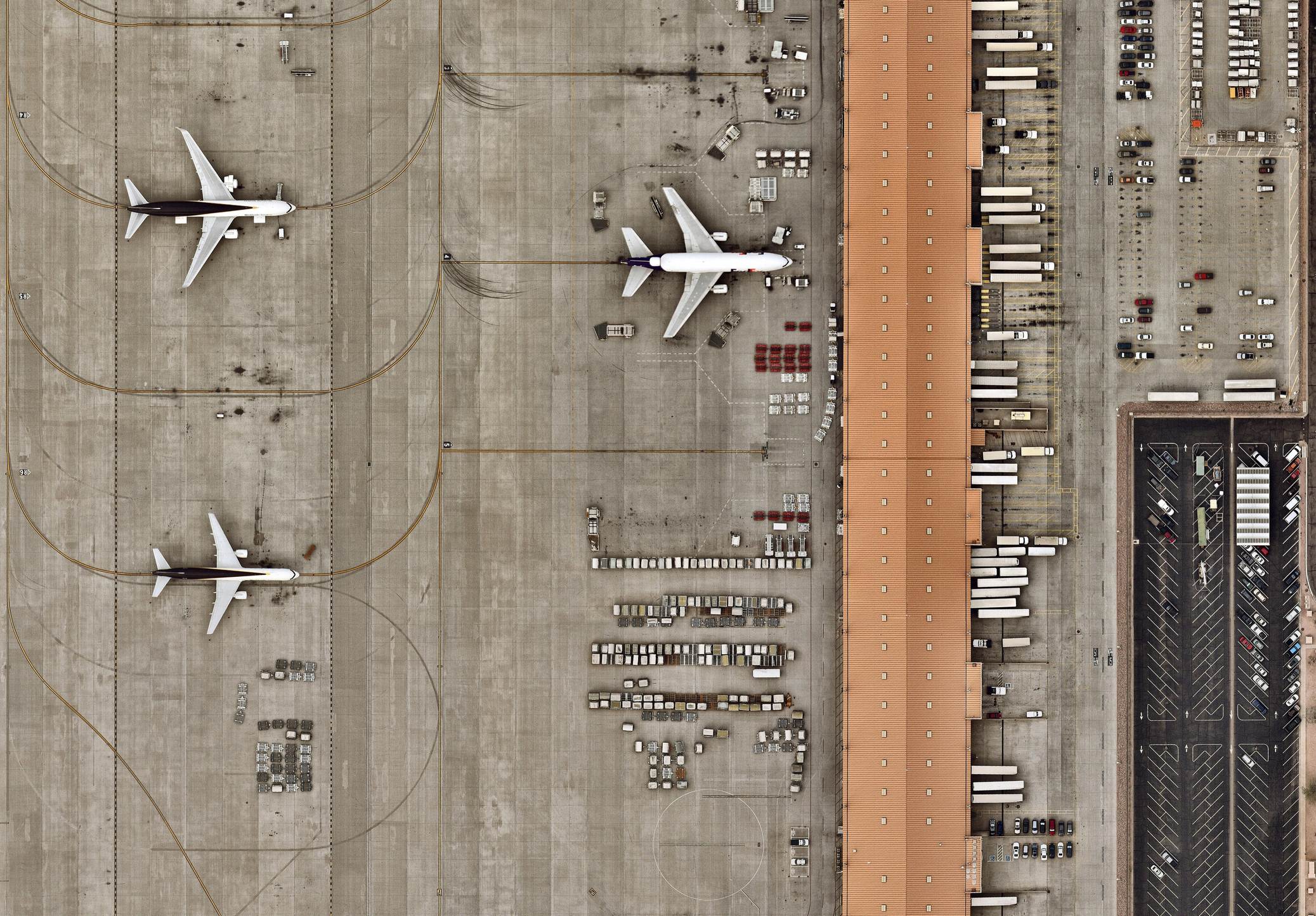 GE estimates that its system, which helps major airlines recover aircraft and crew schedules when they’re disrupted, could reduce canceled flights by 22 percent and delays by 12 percent and improve on-time performance by 2 percentage points. Top and above images credit: Getty Images.

If a storm shuts down airports in the New York corridor, for example, the system identifies the closures and synchronizes with the airline’s flight operations. The Network Operations offering uses algorithms to instantly return options that minimize disruptions and preserve the existing flight schedule as much as possible. It can provide new aircraft assignments, update crew schedules and revamp passenger itineraries that include new connecting flights and prioritize high-value fliers. The software also can create options for moving aircraft so that they’re seamlessly positioned to fill slots within the updated schedule. GE estimates that the Network Operations suite has reduced costs of flight disruptions for its airline customers by 20 percent.

“Anyone can figure out the impact of a closure of an airport to existing operations,” says Arguello, sounding a bit like a proud father. “The hard part is piecing things back together so you’re operating the rest of the schedule at maximum velocity.”

Arguello’s journey to build the system started, curiously enough, with football. He got his first glimpse into the complexities of scheduling problems as an undergraduate working at Stanford University’s athletics department. The PAC-10 sought an automated system to schedule conference games, but no such system existed. So Arguello tried his hand at a solution. “I knew just enough to model the problem and test solution methods,” he says. “It was a miserable failure!”

That experience and knowing at the time that the Major League Baseball schedule was largely created manually by two people over a period of months fueled a passion for scheduling optimization. “It was just something really cool that had a lot of data,” Arguello says. “How lucky are you as a 20-year-old to learn: ‘Wow, this is what I am going to do for the rest of my life.’ ”

Arguello next landed at the University of Texas in Austin, where he earned a master’s and a doctorate in operations research. Once again, sports — this time basketball — put him in the right place at the right time.

A professor with whom he played basketball suggested Arguello join a project, and it became the basis of Arguello’s doctoral thesis. The professor had persuaded Continental Airlines — now merged with United Airlines — to invest in a prototype of a technology that could automate and recover crew schedules when flight disruptions scrambled the existing lineup. Arguello extended that work to develop algorithms to solve logistical headaches caused by weather disruptions, airport closures and unavailable aircraft.

In his early days at UT, Arguello’s efforts were more like detective work than computer science. Sometimes, he cobbled together flight schedule data from public information printed in 200-page timetables. To obtain fare information, he would call reservations operators in the middle of the night to ask for prices for a variety of itineraries.

“I tried to be considerate of their time and was up front about my research; they were always accommodating,” he says. Arguello used this data to build his initial models and algorithms.

“At the very beginning, I was very fortunate to have this kind of access; it was unique and a competitive advantage over others who were trying to solve similar problems at the time,” he says. “It’s a testament to Continental’s commitment to improving their operations.”

The immersive research gave Arguello, and ultimately his GE team, intimate knowledge of how to build better software. They continue working to bolster the system’s capabilities to include additional variables and to analyze historical data to predict flight disruption patterns.

“From a data standpoint," Arguello says, “it will only continue to grow and so will our ability to improve disruption handling.”