Far Away, So Close: Testing Giant Turbines While Socially Distancing 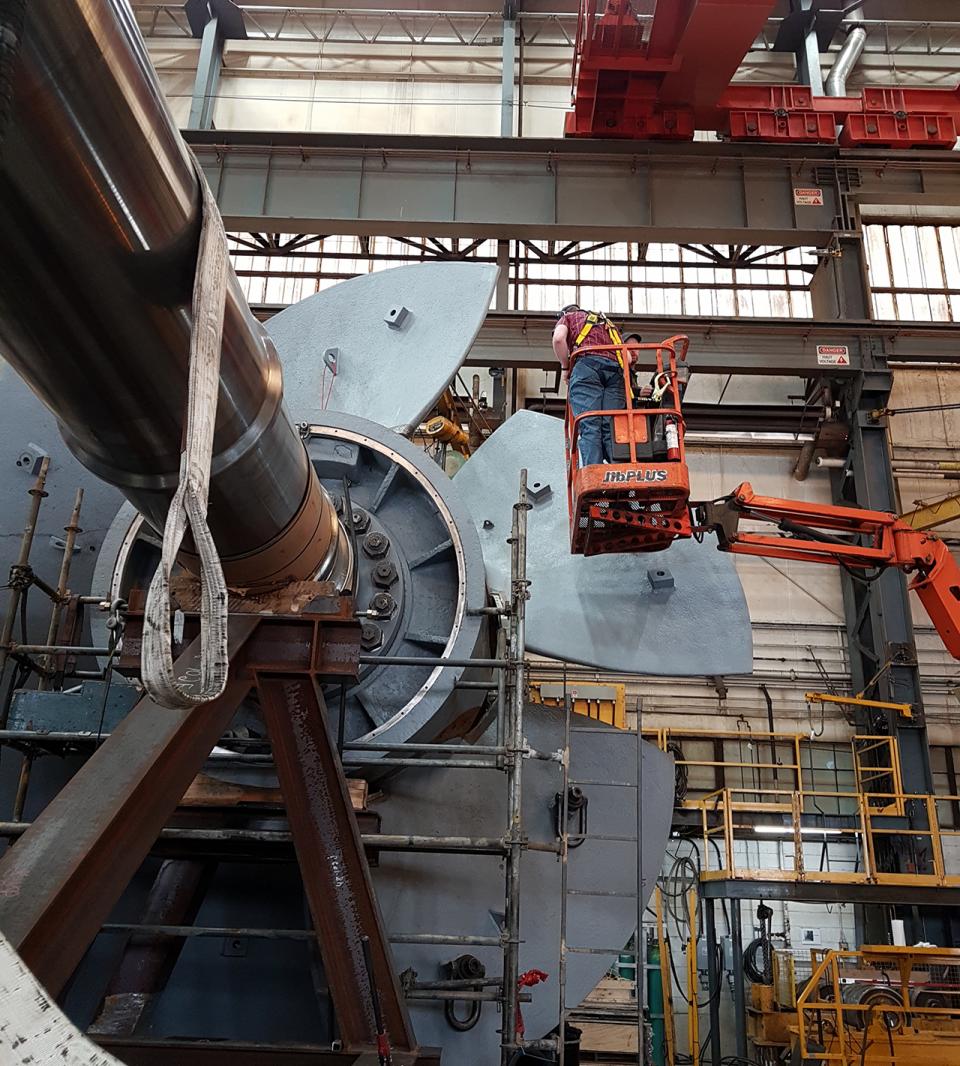 They say necessity is the mother of invention and the global pandemic has created plenty of opportunities to prove the adage right. During normal times, for example, customers buying massive turbines for hydroelectric dams travel to the factories where those machines are being built to participate in what’s known as a Factory Acceptance Test (FAT). This hands-on step is designed to demonstrate that everything works as it should.

But, of course, these aren’t normal times.

So in late March, when the U.S. Army Corps of Engineers (USACE) wanted to inspect its turbine runner — the rotating part of the turbine that converts falling water into energy at a GE Hydro Digital Technology factory outside of Montreal, the team there needed to get creative. How do you test a steel wheel the size of a small house during a lockdown and providing USACE engineers with the detailed information they need?

The test pushes the part through a series of punishing runs to show that it is working as designed and not, for example, leaking oil or failing under pressure. But now the team had to do it in a way that engineers thousands of miles away could feel confident about the results — and finish the task in just two weeks.

Simply streaming the trial wouldn’t be enough. “When customers are on-site, they go very close to take measurements,” says Pascal Renouvin, CIO of global supply chain for GE Renewable Energy. “You need to see very close and very far, at some points.” 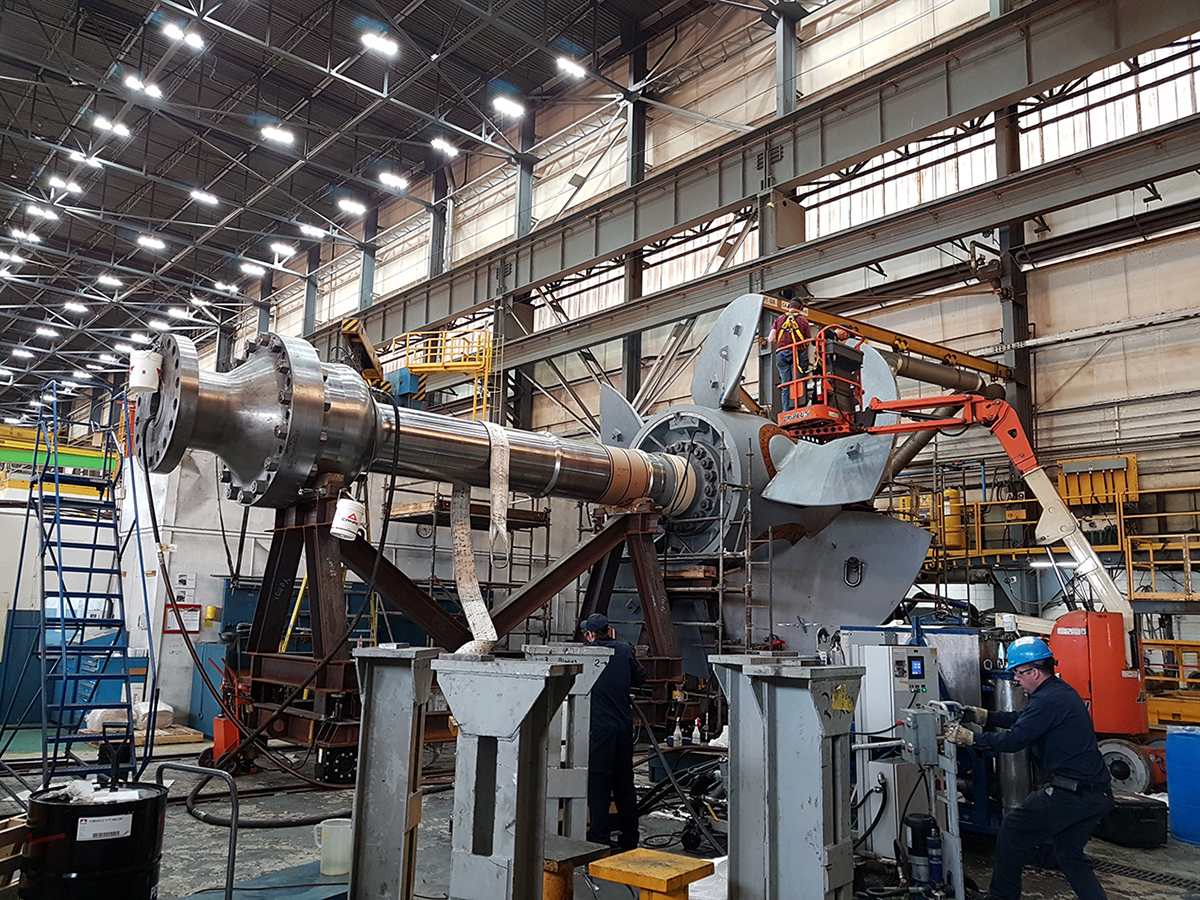 Turns out, team members had the solution in their pockets, proving that complex problems don’t always need complex solutions. An iPhone combined with a tripod and gimbal provided a stable image detailed enough to show the test in action.

Wireless connection was a concern at the cathedral-like plant covering half a football field, says Dany Desmarais, senior project manager at GE Renewable Energy Hydro North America, who was on-site for the tests. “We needed to ensure that the connectivity we had inside the building was enough to cover everything, and that the video quality would be sufficient for the customer to see what they wanted to see,” he says.

The team conducted three separate equipment dry runs in the days leading up to the actual test to make sure the technology would provide the level of audio and visual detail necessary — one with the Hydro team, another online with one of the facility’s suppliers off-site, and a third online with an USACE engineer in the United States. “I pushed to have these tests, to do it again and again so everybody would feel comfortable because we’d avoid any bad surprises,” says Renouvin.

All in all, the virtual FAT went off without a hitch, says Renouvin. Since the March 24 FAT, the hydro team has conducted two more with the same remote setup — both were successes — and is further exploring the capability for troubleshooting products being used around North America.

“Pre-COVID, nobody would have accepted doing this virtually,” says Renouvin. Now, he expects, such remote tests will become common practice. “I’m sure that we will still have, at some point, some on-site FATs. But I’m also sure that a big part of the FATs will be done virtually.”