Everything You Always Wanted to Know About Predix, But Were Afraid to Ask

GE’s aviation business has a team of data scientists who spend their time sifting through gigabytes of aircraft data and seeking useful bits of information, sometimes even finding treasures they haven’t been looking for.

The team can gain such insights because of Predix, a powerful new software platform developed by GE specifically to connect people, data and machines over the Industrial Internet. The company just announced that it will open Predix to other software developers. 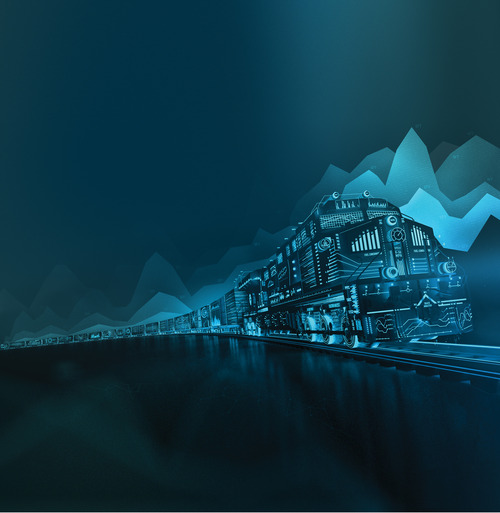 Tomas Kellner: I want to start by asking about the Predix platform, but first: I’m getting caught up on the word “platform.” What does it mean in the software context?

Dave Bartlett: Let’s start with a train platform, which is a useful analogy. It’s a safe, secure, efficient and reusable structure that allows you to easily board a train. It’s also very scalable, allowing a single rider as well as a crowd to get on and off. It also provides other services. It has kiosks where you can buy a ticket, a cup of coffee and a paper. When I lived in New York, there was one platform I used where I could even drop off and pick up my dry cleaning. Without a platform, getting on the train would be pretty dangerous and it would require a lot of effort. It would be different every time, depending on the speed of the train and whether there is someone waiting to pull you up.

TK: Let’s ride that train to the tech world. What does a technology platform look like?

DB: It is similar in many ways. One platform that everybody can relate to is the smartphone. You can use it as a base to develop new applications or to download new applications for personal use. You can use it to make a call, but you can also use it to do many other things safely and efficiently, like surf the internet, take photos, listen to your favorite music or check email. Many of these apps are like that dry cleaning kiosk.  They provide a valuable service that makes people more efficient. 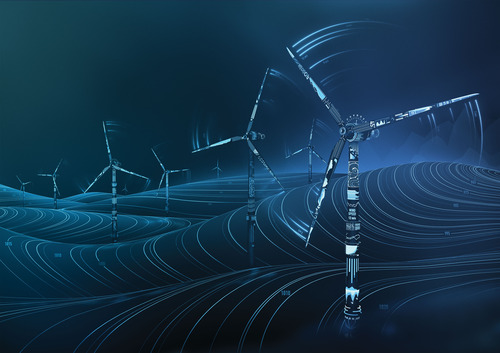 TK: Can you take me from a smartphone to Predix?

DB: Predix is also a technology platform, not deployed on a phone that you hold in your hand, but rather behind the closed doors of a data center connected to data lakes and other forms of big data storage. Like Google’s Android or Apple’s iOS operating systems, it has a set of software services that help developers quickly build apps for the industrial internet.

You can also deploy Predix in the cloud to make it more widely accessible and available. There’s even a version that can run on machines like jet engines, gas turbines, and locomotives. But it’s all there to do the same thing - to run apps that allow us to do big data analytics, monitor machines remotely and have them ‘talk’ to each other. Like the cement train platform, it provides a stable and scalable way to quickly develop and deploy new applications.

DB: Well, theoretically I guess not, but good luck jumping on a moving train! The software world works pretty much the same way. If you don’t have a platform, every time you want to write software, you have to start from scratch, and create and invent everything. That’s not a very efficient or responsible way to do business. Many of the apps for the Industrial Internet share common base services or features to manage how they perform work and share data. Predix gives you those services and that translates to speed to market of new apps which means faster value for customers. 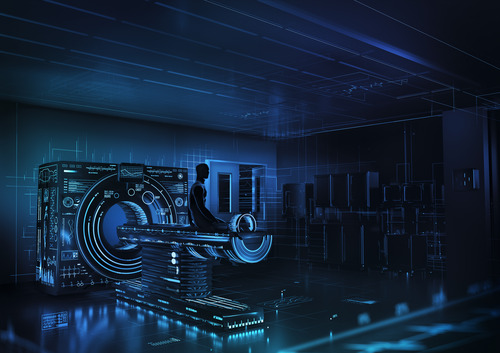 TK: Predix is a big data software platform and GE has been a big iron company. Why did GE start developing software?

DB: Software is key to transforming big iron into brilliant iron. Lots of companies can do analytical work. What makes GE so unique is our installed machine base with the deep domain expertise of the engineers that built them, tightly coupled with a global network of data scientists. To do this right, you first need the physics-based analytical skills of the engineers who understand why something is happening. Secondly, you need the data scientists who, like miners of minerals, go deep down into the lode of data looking for valuable things to surface. They look for patterns and connections that we may have not even thought about. It’s this marriage of the physical and digital that creates the most powerful result.

TK: I’ve heard data scientists talk about the marriage of operational technology and information technology, or OT and IT. What is it and why is it important?

DB: Most people are familiar with IT, which is a big family that includes desktops, laptops, servers, phones and many other devices. OT, on the other hand, are the machines, the jet engines, MRIs and turbines that can now communicate data over the Industrial Internet. Bringing these two worlds together is analogous to the union of data scientists and engineers. We need OT and IT together to monitor the machines remotely, detect and adapt to changes, and predict future behavior.

TK: Predix can predict the future?

DB: In a way, yes. It seems like ancient history, but not too long ago, if you wanted to make a phone call, you actually had to find a physical phone handset wired to the wall. A similar situation still applies in many factories. When you want to check on a machine, you have to go where it’s located and watch it run and maybe do some diagnostics right there. But our implementation of the Industrial Internet frees us from that just as smart phones moved us away from the old limited telephony models.

Predix is a game changer. It gives us the intelligence to tell us what’s going on in a machine, whether something’s wrong, and what we can do about it before it affects our customers. Like doctors, we can also use analytics to predict when they might fall ill in the future.

Let me give you an example. Like any other machine, a jet engine collects dirt and corrosion and you have to wash it on a periodic basis. This is a big deal since a water wash can increase its efficiency anywhere from 1 to 18 percent. But here’s the rub. If you do it too often, it becomes unnecessarily expensive. If you wait too long, you burn more fuel and wear your parts more, which will also cost you. But with a Predix app, you can tell precisely when its’ the right time to schedule your next water wash of your engine.

We call these apps Predictivity solutions. They run on Predix just like apps run on a smartphone in a secure, scalable and consistent way. Predictivity apps can also keep an eye on locomotives, collect data about heat and vibration, and predict when you need to perform maintenance or replace parts. We have many solutions like this across all GE industries. In fact, this year we are on track to drive over $1 billion of value from them.

TK: If Predix provides such a good value to GE, why is GE opening it up?

DB: A software platform becomes more powerful the more people use it.  GE will continue using it, but making it available externally will also allow our customers and business partners to write their own software and become more successful. We want Predix to become the Android or iOS of the machine world. We want it to become the language of the Industrial Internet.

TK: What’s next on your agenda?

DB: The opportunities for solutions based on Predix are almost unlimited. They will enable our teams in field to more effectively capture data from devices such as borescopes, wearables, and new robotics, as they are deployed. They will unlock new insights and value from data to help our customers be more profitable and provide better customer service, and they will help us get the most out of our supply chains and industrial assets.

The Predix train to better business value and customer outcomes is well on its way. Announcing this week that the platform is open to the public is our way of shouting, All Aboard! 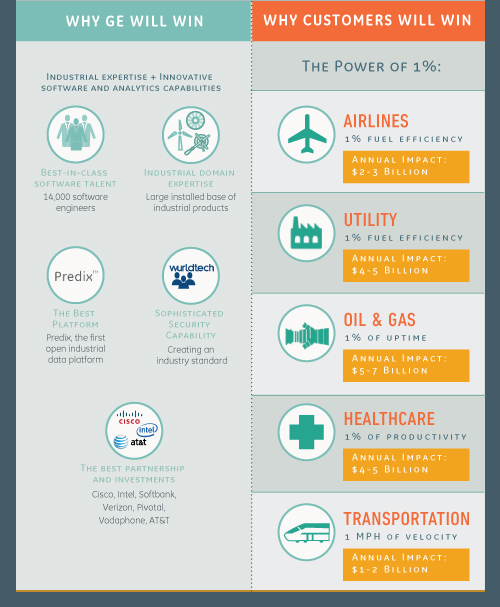