Dig This: GE Engineers Learned from Worms How to Build Underminer, A Tunneling Robot Funded by DARPA

Looking like a giant earthworm and moving at a fast clip, a 6-foot-long, 2-inch wide robot recently burrowed through the ground at GE Research’s testing site in Niskayuna, New York. Once it is fully operational, the robot’s engineers expect it will be able to dig a tunnel longer than five football fields in just 90 minutes.

The resemblance was intentional. The team that built the device was inspired by the pinkish creature. Earthworms are tiny but mighty. They can dig through the dirt leaving behind a tunnel twice their diameter. And because the robot compresses soil along the hole’s walls as it inches forward, it can move without needing to remove any land it’s pushing through.

The team is developing the robot as part of a $2.5 million, 15-month project funded by the Defense Advanced Research Projects Agency’s Underminer program. A machine like the earthworm robot could one day save lives by helping, for example, resupply troops, a job that can now expose soldiers to enemy fire at moments when they are least able to defend themselves. In some situations like, say, urban warfare, resupply efforts have accounted for 60% of U.S. combat casualties, according to Army data. The project is meant to demonstrate that this technology could do the job.

To make the subterranean journey possible, engineers are marrying some of the natural digging abilities of earthworms and tree roots with the latest in robotic design.

The GE team’s design grew out of the deep expertise of its leader, Deepak Trivedi, a pioneer in the field of soft robotics. Trivedi, who came to the U.S. as a graduate student from Delhi, India in 2004, became fascinated with soft robotics during his years as a graduate student at Pennsylvania State University. There he co-wrote one of the earliest papers in this branch of robotics and worked on a DARPA-funded project to build a mechanical arm that resembled an octopus arm. “This was some of the earliest work that started the field,” Trivedi says. 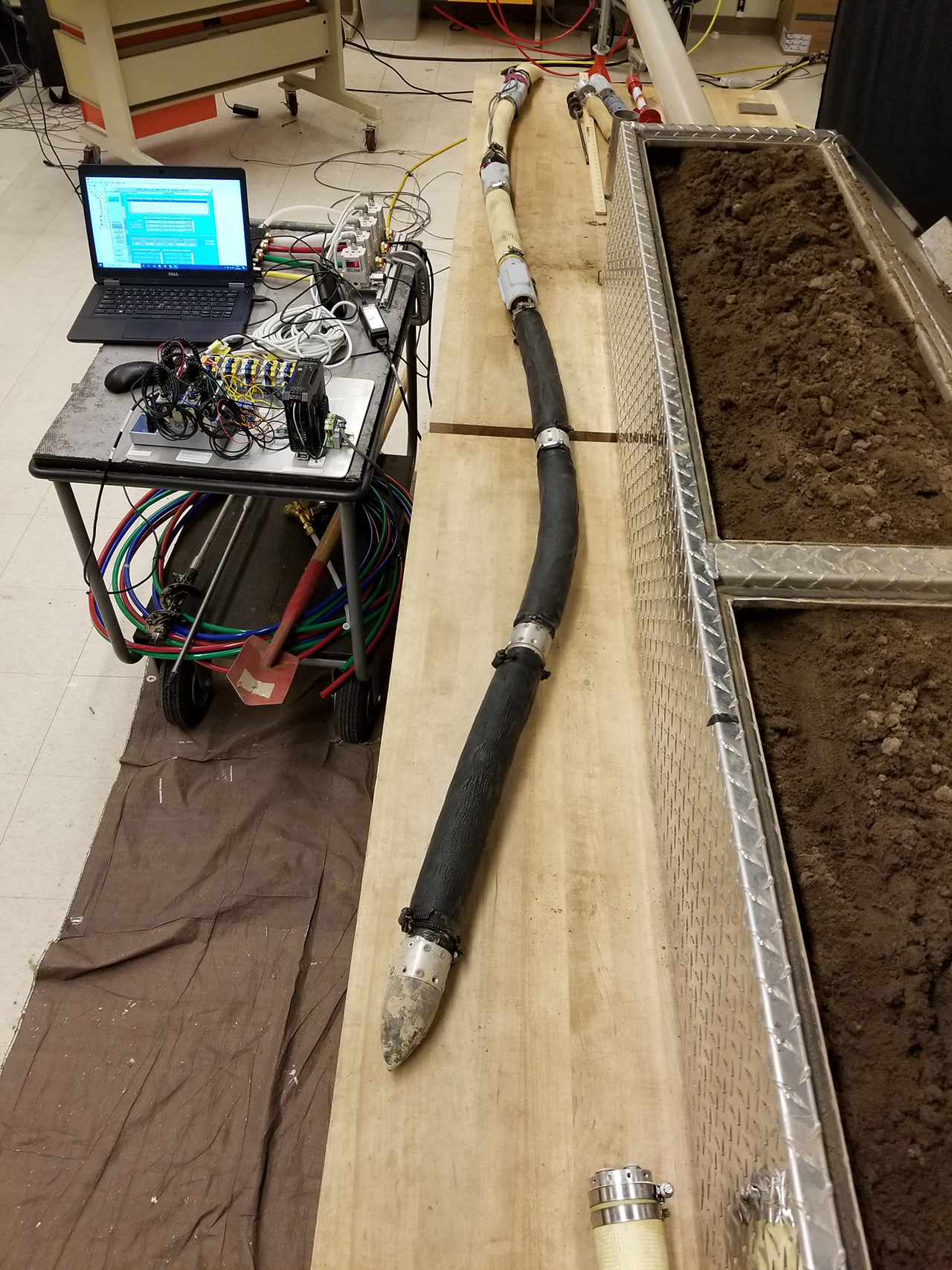 The inspiration for soft robotics comes from natural forms composed of muscles and other connective tissue like an octopus’ arms or a lizard’s tongue. Trivedi and his team are building machines that can bend and adjust their shape to fit in unstructured work environments, to perform complicated tasks.

The key task that Trivedi’s worm-like robot must master is digging. Its forward progress starts with a piloting tool on its nose to stir and soften the earth as it moves forward. As the ground loosens, the inside of Trivedi’s worm begins to churn. Mimicking the earthworm’s internal dynamics, fluid flows in and out of up to seven internal chambers that act as muscles, flexing as water is pumped in and out.

The robot’s skin, made of a fiber-based mesh, resembles an earthworm’s exterior, providing a durable shield that can bend and protect the water-filled chambers from the rough and gritty subterranean environs. A swelling hydraulic “muscle” inflates, anchoring the back of the robot while the auger churns and then elongates to push forward. Trivedi uses what he’s learned about how much force tree roots must exert in different conditions to gauge how much pressure his worm’s muscles need to apply as they burrow. The expanding muscles not only provide an anchor, they also compress the surrounding dirt, making it more solid and providing some structural integrity to the tunnel as it forms. Trivedi has worked through six prototypes so far, with the worms digging as far as 10 feet in early testing.

Trivedi is also tapping into GE’s expertise in healthcare and aviation. The worm will employ ultrasound technology to assess the firmness of its surroundings to find its way through rough terrain. Like an aircraft, it will track its own movements,  and also its force, angle and position.

Soft robots have possibilities beyond the battlefield. They could be used to inspect jet engines while they are attached to their airplanes, rather than removing them and sending them for a checkup. In fact, GE Aviation is already testing one such machine.

Also, this is not the first time GE researchers look for inspiration in nature. One scientist, for example, has been studying butterfly wings to develop better sensors.

”There’s something beautiful in the mathematics and the biological examples used in “understanding these soft structures … in addition to being able to make something really cool, really fast,” Trivedi says. Robots both huge and infinitesimal can change along with the problems they’re built to address. “Some of these new ideas open up an entirely new world for exploration and innovation.”