The power industry around the world is going through a fundamental transition to renewable energy. This shift requires a lot of innovation, and few companies are better equipped to help than GE. Just look inside a cavernous warehouse near Rochester, New York. The revolution happening there is not being televised yet. It’s being printed.

At the facility, employees from GE Renewable Energy are using one of the world’s largest 3D printers to form the bases of wind turbine towers from high-tech concrete. Their success could help the wind industry break through bottlenecks that today limit the size and power of onshore wind turbines and lead to more efficient wind farm designs.

Christopher Kenny, senior engineering manager for emerging technologies at GE Renewable Energy and the leader of the facility, says that the wind industry has evolved tremendously in recent decades. But there are physical limits on how powerful land-based wind turbines can become. “Larger generators will require taller, stronger and larger towers,” he says. “If we don’t do anything, we’re going to run into a roadblock.”

Kenny says that attaching a prefabricated steel tower to a concrete base 20 meters high could help wind farm designers build turbines with towers reaching 140 meters — 450 feet. Taller and more powerful turbines could help increase a wind farm’s annualized energy output (AEP), an important industry number that describes a wind turbine’s efficiency. The number represents the actual amount of energy the turbine produces per year and depends on turbine design, wind speed at a specific location and the number of windy days. “The hub height is critical for AEP gain, and today it’s typically not fully optimized,” Kenny says, adding that wind is typically stronger and steadier higher off the ground.

GE Reports visited the site in April, and the team there recently printed a smaller-scale prototype of the tower base. We have the pictures for you in time for GE’s 2021 Sustainability Report, which the company released this week. (For more information, read our original report.) 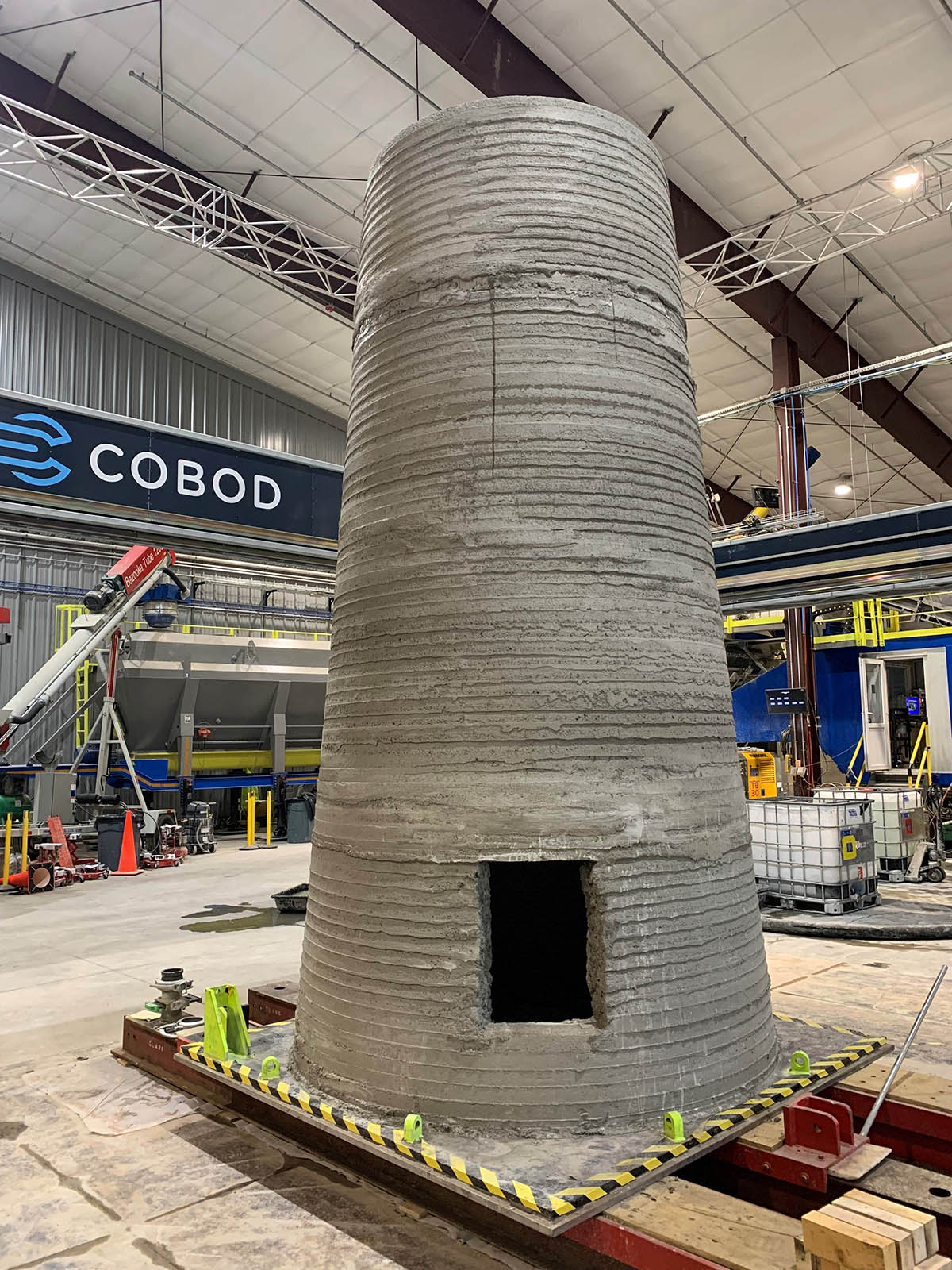