Ever since Plato wrote about the lost island of Atlantis, scientists and enthusiasts of every ilk have been searching for it. One location that’s gathered a lot of attention is Dogger Bank, a vast shallow sandbank in the North Sea. Larger than Connecticut, the bank might once have formed a land bridge connecting the U.K. with continental Europe, but disappeared 7,000 years ago at the end of the last ice age, when melting glaciers caused seas to rise.

Now a massive new project slated for the area will help prevent the sea from rising even further. Two weeks ago, the eponymous Dogger Bank project — a joint venture between the Norwegian energy giant Equinor and its U.K. counterpart, SSE — won a tender to build three massive offshore wind farms in the area. Today the company said the project will use GE’s Haliade-X platform, a family of the world’s most powerful offshore wind turbines. “We are excited to work with GE Renewable Energy to introduce the next-generation offshore wind turbine to the U.K. and be the first European wind farm to install and operate these innovative turbines,” said Bjørn Ivar Bergemo, Dogger Bank Wind Farms project director.

Together, Creyke Beck A, Creyke Beck B and Teesside A — as the projects are called — will be the world’s largest offshore wind installation, with a combined capacity of 3.6 gigawatts (GW). That’s enough to supply 4.5 million U.K. homes and slake about 5% of the country’s power demand. By comparison, Hinkley Point C, a nuclear power plant currently under construction in the U.K., will have a capacity of 3.2 GW. (That plant will use the world’s largest steam turbines, also built by GE.) 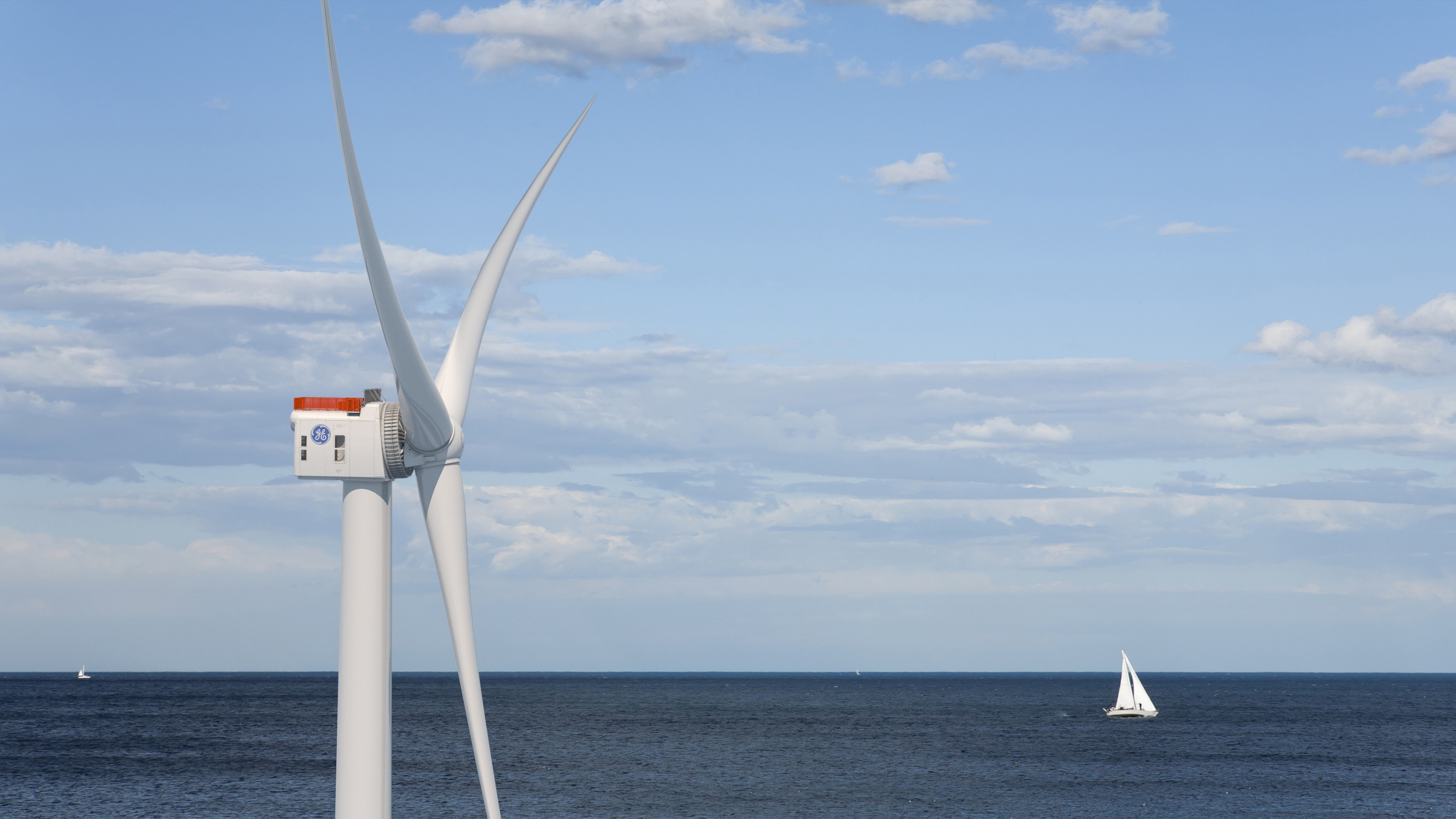 Top and above: At 107 meters, LM Wind Energy’s blades for the Haliade-X platfom are the world’s longest. Top image: Each Haliade-X turbine will use three blades. Images credit: GE Renewable Energy.


The wind farms will be located between 125 and 290 kilometers off the English coast and will be connected to Yorkshire via an undersea cable. They are expected to be commissioned between 2023 and 2025. “We are very excited to announce this agreement, as it gives us the opportunity to bring the world’s most powerful offshore wind turbine to the world’s largest offshore wind market,” said John Lavelle, CEO and vice president of GE Renewable Energy’s Offshore Wind unit. “We have an important role to play in the U.K.’s offshore wind ambitions and in delivering further carbon emission reductions.”

Lavelle pointed out that the Haliade-X — with its rotor diameter of 220 meters, 12-megawatt (MW) generators and other technological breakthroughs — is helping operators lower costs by reducing a key measure for the power industry: levelized cost of energy, or LCOE, which represents the cost of producing electricity over the entire lifetime of a generating asset.

GE says the turbine also boasts a “leading capacity factor” of 63%. Because the wind doesn’t always blow, this number describes the amount of power the turbine can produce per year at a given site as a proportion of the energy it could generate running at full power all the time. GE’s Haliade-X clocks in at 5 to 7 points higher than the competition. “Basically, every point of capacity factor is worth $7 million per 100 MW for our customers,” says Vincent Schellings, who leads the development team. “That’s a nice upside.”

In a nutshell, one Haliade-X wind turbine can provide enough renewable energy to power 16,000 European households and save up to 42 million metric tons of CO2 annually — the equivalent of the emissions generated by 9,000 vehicles in one year.

The Dogger Bank deal comes on the heels of another big announcement involving the turbine. Just last week GE Renewable Energy said it would supply the Haliade-X to two offshore wind farms in the U.S.: the 1.1-GW Ocean Wind, off the coast of New Jersey, and the 120-MW Skipjack in the waters off Maryland. Both farms will be built by the Danish company Ørsted.