All Hands On Deck: When Disaster Struck, This Group Of Engineers Got An Argentinian Power Plant Online

When the Grande America, a cargo ship traveling between Hamburg, Germany, and Casablanca, Morocco, caught fire and sank off the coast of France in March 2019, all 27 people on board were able to get to safety. But the ship took to the bottom of the Bay of Biscay more than 2,000 German automobiles — including several extremely rare Porsches — and core components for the El Bracho Power Station, an important power plant nearing completion in Tucumán, Argentina’s most densely populated province.

Looking back, the story of getting El Bracho back on track reads a little like the plot of an adventure film. It involves quick decisions, huge cargo planes, perseverance through a pandemic and close collaboration by engineering, procurement and logistics teams spread around the world. On October 23, 2020, less than four months behind the original schedule, managers at El Bracho brought it into commercial operation for the first time.

El Bracho is a natural-gas-powered plant with a net output of 465 megawatts (MW). It’s part of the Tucumán Generation Complex, which is now Argentina’s largest thermal-generation center, with an installed capacity of 1.3 gigawatts, enough to supply power to the equivalent of 2.7 million homes in Argentina.

But when the Grande America sank some 15,000 feet below the six-foot swells, El Bracho’s new steam turbine rotor, several electrical containers with motor control systems and also steam bypass valves were all lost in a sea deeper than the final resting place of the Titanic. “People always ask me why we didn’t just recover the lost components,” says Stefan Muff, a project construction and commissioning manager for GE Gas Power, which built the power plant. “I say, ‘Did they recover the Titanic?’” 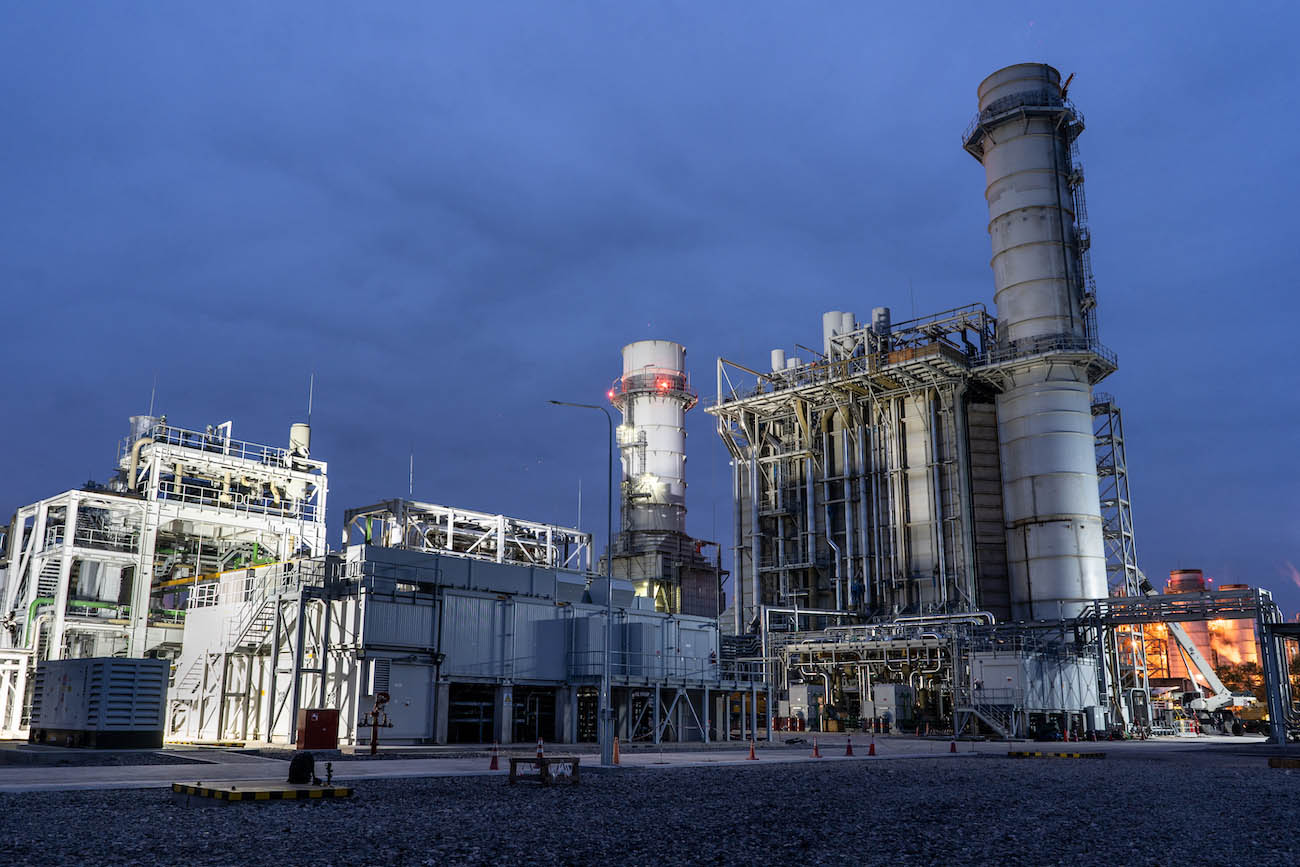 Given that replacement equipment would have to be manufactured anew, the disaster was initially expected to push construction back as much as 13 months — a dire delay for such an important project. But even after fast-tracking the manufacture of a new rotor and the other components, there remained the inconvenient reality that a combined sea and overland voyage from Europe to Argentina would take up to three months. There had to be an alternative.

The solution was the Antonov An-124, a four-engine winged giant and one of the world’s largest transport aircraft. Flying major power plant components across the world costs millions of dollars, making it too expensive for a typical project. But in this case, El Bracho’s insurance covered the cost. And on July 18, 2019, just 129 days after the shipping disaster, the first Antonov touched down at Tucumán Airport in Argentina. Ultimately, it took four flights to deliver all of the replacement components.

For Muff, the loss of the ship set in motion an unprecedented shift in how his team normally builds a power plant. “We were in the middle of a big project and suddenly there’s this huge logistical hurdle because of this unexpected event,” he says.

The team quickly started looking for ways to continue the construction before the arrival of the key replacement components. For example, they rearranged priorities on the electrical equipment and installed cables before the containers with the replacement modules arrived. To do that, the team purchased some temporary equipment locally and revised the standard installation sequence for a steam turbine rotor so they could make progress before the new one was delivered. “When something really bad happens, we put our heads together and recover from it,” Muff says.

Then the pandemic hit in March 2020, the beginning of fall in Argentina. The prospect of people working closely together, coupled with rigorous quarantine regulations, forced the project managers to once again adapt.

For the first month, the project was on lockdown, with only personnel directly involved in maintaining equipment allowed on-site. Eventually, Argentina loosened restrictions for teams working on private infrastructure efforts like El Bracho, but local rules required any newcomers to the project to quarantine for four weeks before beginning work. Even then, everyone was doing heavy industrial work in hot temperatures while wearing full PPE gear. “We were walking around like Neil Armstrong on the moon,” recalls Muff.

In the end, the project’s mitigation efforts were a success. While some El Bracho workers got COVID-19, contact tracing indicated that they were not infected on-site, and no on-site infections were recorded overall. And through it all, the team was able to advance the project, keeping the needs of their customer, Y-GEN Eléctrica II S.A.U., and the population of Tucumán very much in mind. “Imagination, grit and resilience — I can tell you, for this project that’s really what we had to use,” says project director Emmanuel Colin.

Part of the job of a project manager is to always be ready for the unexpected. Nevertheless, the improbable circumstances they encountered at El Bracho brought out the best in everyone. “This was a new situation, nobody had been there before,” Muff says. “Nobody had had this Titanic scenario before.”

Indeed, for eight months, because of the pandemic, none of the engineers on-site could go home to see their families. Muff confesses that he got a little misty-eyed when they finally fired up the new turbine rotor for the first time. “The emotions when we had first fire were so great,” he says. “I still feel very emotional about that. I could still cry.”

“In 20 years, everybody will remember where they were when COVID-19 happened,” Muff adds. “We were there together, and we were like a family. I’m so proud of what we achieved.”