A Look Back In Time: How Imaging Technology Helped Crack 6 Historical Mysteries

In 1895, when Wilhelm Roentgen trained his cathode ray on his wife’s hand and took what may have been the world’s first human X-ray, she cried out, “I have seen my death!” — or so the story goes.

Within months, Roentgen’s invention had spearheaded the formation of an entirely new medical imaging industry. A year later, GE engineer Elihu Thomson built an X-ray machine and demonstrated “the use of stereoscopic ‘roentgen’ pictures for diagnosing bone fractures and locating foreign objects in the body.” After Thomson’s colleague William D. Coolidge invented the modern X-ray tube, the applications of the technology expanded — computed tomography (CT) is one example — and even spread beyond the doctor’s office. Today, engineers, archaeologists, zoologists, art historians and even shipwreck hunters use X-rays to peer inside their artifacts and unravel their mysteries. Take a look:

The Case Of The Pregnant Mummy

Late one night in 2018 at the National Museum in Warsaw, a group of archaeologists was examining X-ray images of a 2,000-year-old mummy from Egypt, thought to be a male priest, when one of them noticed “something light” on the scan. It turned out to be an ancient fetus; the mummy had been a pregnant woman, the first such case ever seen. Read the full story here.

“The Resurrection Of Christ” 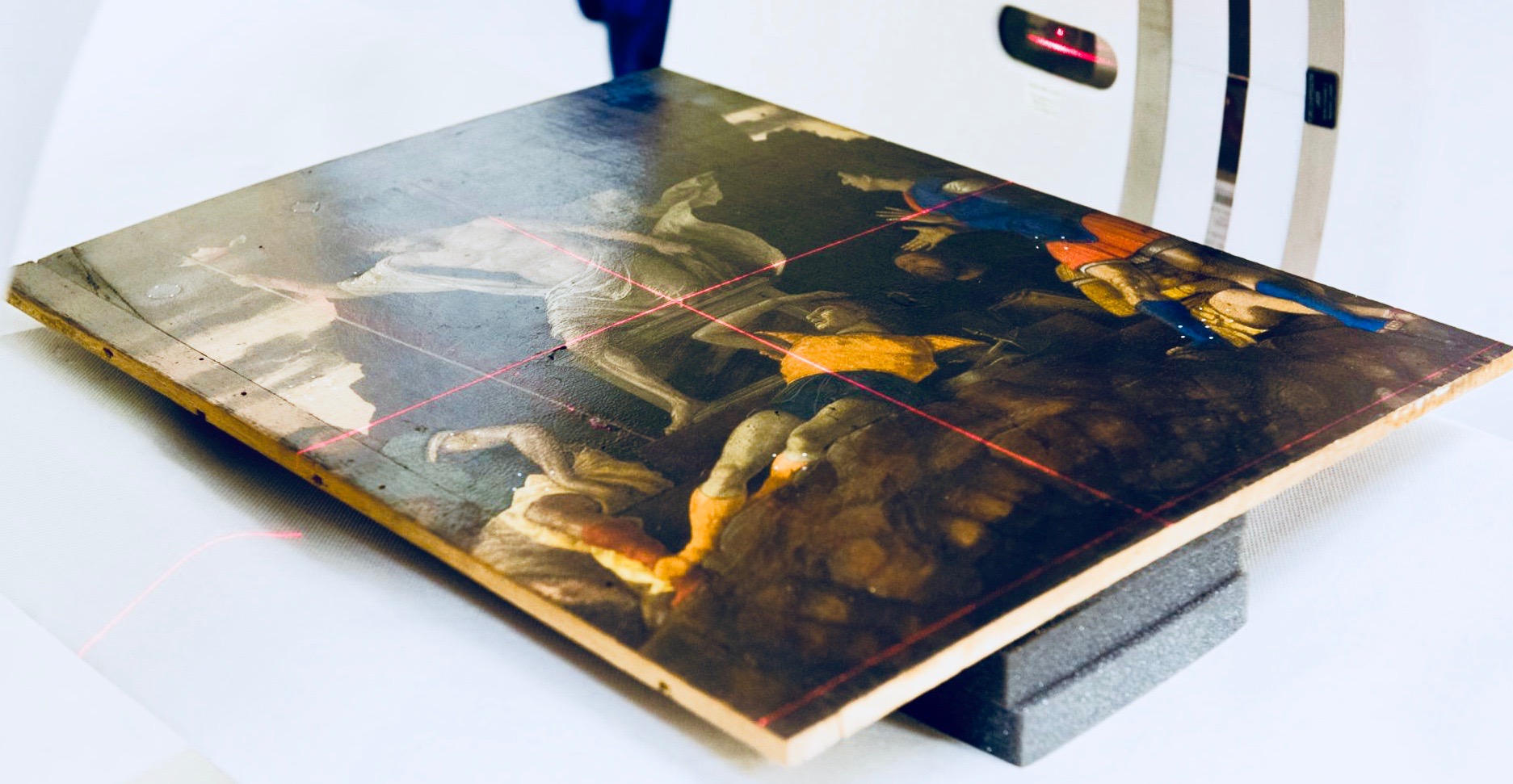 In 2018, Italian conservators leveraged a CT scanner, typically used to image bones, organs and vessels in great detail, to examine a 15th-century painting that had been kept in a museum storage facility since the 1930s. Originally dismissed as a copy of a work by the Italian master Andrea Mantegna, the scan revealed that the painting is in fact an original Mantegna. The full story is here.

A Night Out Of The Museum 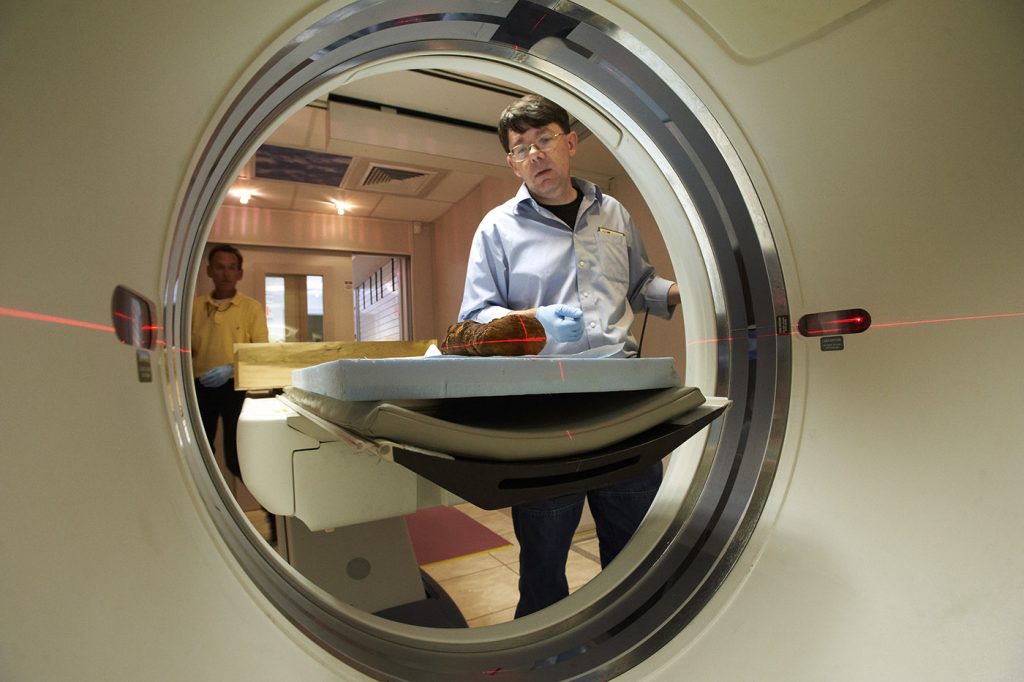 In 2017, a team of radiologists and archaeologists in Madrid used a CT scanner image to examine three Egyptian mummies and one mummy from the Canary Islands. One of the Egyptian specimens was Nespamedu, the pharaoh Imhotep’s high priest. The scans uncovered 25 hidden pieces of adornments and amulets under his bandages. Meanwhile, in the United States, an Egyptologist from Emory University scanned the 3,000-year-old remains of what was thought to be a woman and discovered that it was actually a male mummy named Ankhefenmut, a priest and sculptor at the Temple of Mut in Luxor who lived between 1069 and 945 B.C. Finally, a different team in Chicago used the same technology to spot a 3,000-year-old fake of a cat mummy. That story is here.

Researchers have been using X-rays to image mummified ancestors at least since 1939, when they deployed them on mummies for the New York World’s Fair. In 2010 a team at the GE Healthcare Institute in Waukesha, Wisconsin, used an MRI scanner to image Lyuba, a month-old female woolly mammoth calf that drowned 42,000 years ago in a Siberian bog. Lyuba was found in 2007 by a reindeer breeder. She is considered the world’s best-preserved mammoth mummy. See images of Lyuba here and discover more in this video. 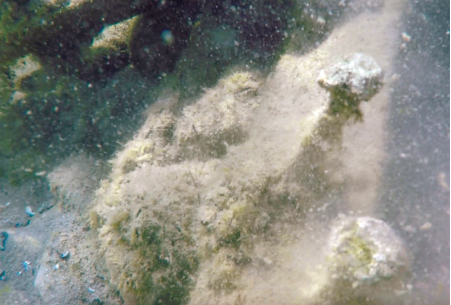 In 2001, diver and history enthusiast Steve Libert found a strange piece of timber sticking out of Lake Michigan’s muddy bottom. Libert has been obsessed with the French ship Le Griffon, which on September 18, 1679, left Lake Michigan’s Green Bay. It was a pleasant day for sailing, but neither the ship nor its crew of six were ever seen again. Libert suspected that the wood he found might be Le Griffon’s bowsprit, the pole that extends out from the front of a sailing ship. Naturally, he pulled it out and stuck it inside a CT scanner. Here’s the rest of the story.

A Saxon Sword And Ancient Poetry

In 2012, a German conservator used an industrial-grade CT scanner to decode a 1,600-year-old lead scroll smaller than a roll of film. When the scanner “virtually” unrolled the scroll, the team found 41 lines of text written in an ancient language. The same facility, which belongs to Baker Hughes, a GE company, also probed a 2.5-foot-long eighth-century Saxon sword and a dagger found at a construction site. That story is here.