Supercomputers are speeding the process of drug discovery, mixed-reality headsets are enabling medical teams to safely examine COVID-19 patients, and new studies have shed light into the immune system’s response to the novel coronavirus. Here’s some hopeful news from the week in medicine.

With the help of supercomputers, researchers are able to quickly model the binding abilities of scores of drugs that already exist. Image credit: Getty Images. Top image: An NHS doctor at St.Mary’s Hospital speaks with a patient on a COVID-19 ward during the pandemic whilst wearing a Microsoft HoloLens-2. Caption and image credits: Microsoft.

What is it? One bright spot in the midst of the pandemic is that the scientific world has never been as equipped to face such a challenge: From the use of supercomputers to complex mathematical models, researchers have unprecedentedly sophisticated tools at their disposal.

Why does it matter? Primarily, speed. As two researchers from the Oak Ridge National Laboratory (ORNL) explain in the New England Journal of Medicine, scientists seeking treatments to COVID-19 have focused on the spike protein the coronavirus uses to bind to human cells — and finding drugs that could prevent that binding. With the help of supercomputers, they’re able to quickly model the binding abilities of scores of drugs that already exist; a process of calculation that might once have taken long stretches of time can now be performed in mere days on a machine like ORNL’s Summit, the world’s most powerful supercomputer. As the authors write, “Repurposing existing drugs offers a potentially rapid mechanism to deployment, since the safety profiles are known.”

How does it work? If promising compounds can be identified, scientists can move on to testing on cells, animals and beyond — but the use of massive computing power means they’re not starting from scratch. “None of this guarantees success within any given time frame,” the authors write, “but a combination of rationality, scientific insight, and ingenuity with the most powerful tools available will give us our best shot.” (Elsewhere, researchers are wielding computational firepower against the coronavirus that’s based on “pure mathematics,” reports Scientific American, profiling a French team that’s developed a mathematical model that predicts how the shape of the virus changes after it infects the body, thereby “revealing a new way to find potential drug and vaccine targets.”)

What is it? Medical staff at a London hospital network are using Microsoft HoloLens — the company’s mixed-reality headset — to protect themselves from the coronavirus as they treat patients.

Why does it matter? Imperial College Healthcare NHS Trust contains some of London’s busiest hospitals, including Charing Cross Hospital, where — as elsewhere — the highly infectious coronavirus has meant that staff need to limit exposure to patients so that they themselves stay healthy. Using HoloLens, Microsoft says, has led to reductions up to 83% in the amount of time medical staff spend with patients, as well as in the amount of personal protective equipment the hospitals use — early estimates show a drop in PPE usage of up to 700 items per ward per week.

How does it work? With HoloLens, only one doctor — dressed in PPE — has to enter a patient’s room, but can share the encounter via live feed with coworkers watching from a safe distance. As Microsoft explained in a release, “Doctors wearing HoloLens on the COVID-19 wards can hold hands-free Teams video calls with colleagues and experts anywhere in the world. They can receive advice, interacting with the caller and the patient at the same time, while medical notes and X-rays can also be placed alongside the call in the wearer’s field of view.” 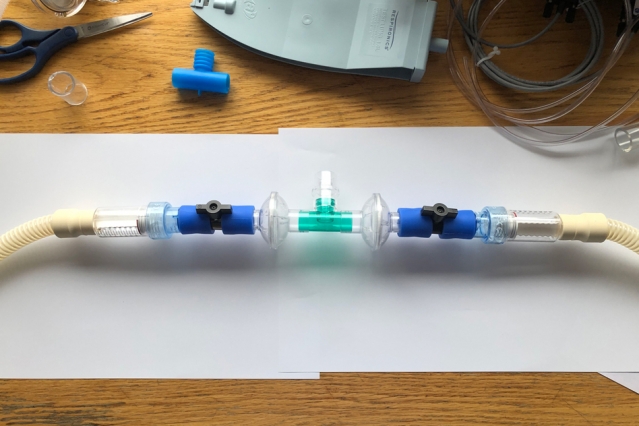 “We hope this approach, which requires off-the-shelf components, can ultimately help patients in extreme need of ventilator support,” said Giovanni Traverso, an MIT professor and a gastroenterologist at Brigham and Women’s Hospital. “We recognize that ventilator sharing is not the standard of care, and interventions like this one would only be recommended as a last recourse.” Image credit: The researchers/MIT News.

What is it? Widespread COVID-19 infection has led to a shortage of ventilators in some places. Now a team from the Massachusetts Institute of Technology and Boston’s Brigham and Women’s Hospital has proposed a new way to share ventilators between patients “in emergencies when no other options are available.”

Why does it matter? The Boston team developed a way for doctors to control the flow of air going to each patient on a single ventilator. “We hope this approach, which requires off-the-shelf components, can ultimately help patients in extreme need of ventilator support,” said Giovanni Traverso, an MIT professor and a gastroenterologist at Brigham and Women’s Hospital. “We recognize that ventilator sharing is not the standard of care, and interventions like this one would only be recommended as a last recourse.”

How does it work? Traverso and colleagues incorporated flow valves, which “allow you to personalize the flow to each patient based on their needs,” said Shriya Srinivasan, a postdoc at MIT and BWH who’s also the lead author of a new study in Science Translation Medicine describing the system. The parts are normally available in a hospital, and the setup also includes pressure release valves to prevent too much air from entering a patient’s lungs. “We don’t recommend it unless it’s a dire need,” Srinivasan said — but in case the need is dire, the team is seeking emergency use authorization on the system from the FDA. 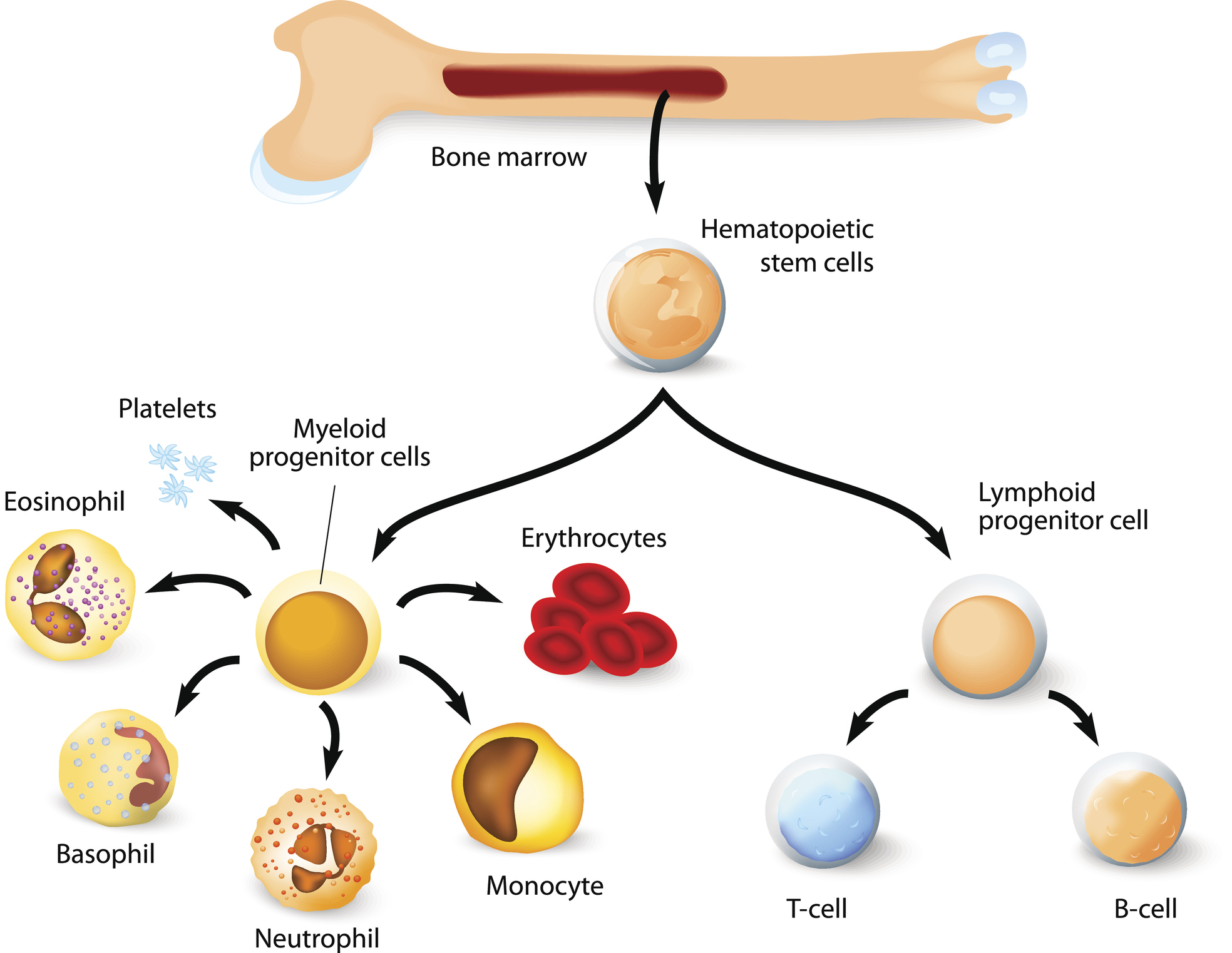 What is it? Two new studies shed light into the role of T cells, an important agent of the immune system, in fighting COVID-19 infection. Science magazine has the rundown.

Why does it matter? T cells are crucial actors in the immune system, but so far their response to SARS-CoV-2, the coronavirus that causes COVID-19, has been unclear. The two studies show that people infected with the coronavirus also harbor T cells that target it, which “bodes well for the development of long-term protective immunity,” said Angela Rasmussen, a virologist at Columbia University. “These papers are really helpful because they start to define the T cell component of the immune response.”

How does it work? Researchers working on the immune system’s response to COVID have mostly focused on antibodies, which could latch on the coronavirus and prevent it from infecting human cells. T cells have two roles in the body: as “helper” cells and as “killer” cells, which destroy infected cells. In California, a research team found that, in samples tested, all patients who had recovered from mild COVID-19 had helper T cells that recognized SARS-CoV-2, and 70% had killer T cells specific to the virus. Alessandro Sette, co-author of a new paper in Cell, said, “The immune system sees this virus and mounts an effective immune response.”

The ‘Achilles Heel’ Of A Virus

What is it? Scientists at Denmark’s Aarhus University located a potential “Achilles heel” of viruses, including coronaviruses.

Why does it matter? Viruses can cause disease by circumventing or short-circuiting the body’s immune defenses — but how? If the mechanism or mechanisms could be identified, it’d help researchers design treatments. Aarhus’ Søren Riis Paludan, co-author of a new paper in the Journal of Experimental Medicine, found one potential avenue that, he said, could “pave the way for new principles for treatment of herpes, influenza and also the coronavirus.”

How does it work? Paludan and colleagues focused on the herpes simplex virus and a cellular protein known as STING, short for “stimulator of interferon genes.” As he explained it, “We found that the herpes simplex virus is capable of inhibiting [STING], which is activated when there is a threat. When STING is inhibited, the body's immune system is also inhibited — the virus thereby puts the brakes on the body's brake, which is supposed to prevent us from becoming ill.” Other viruses, Paludan added, “make use of the same principle,” including the new coronavirus: “This suggests that we have found a common denominator for several types of virus, and that this is probably an important element in the development of treatment.”