Scientists are using 42,000-year-old DNA to try to clone an extinct horse, they’re harnessing human cells to 3D-print a functional heart for transplant, and they’ve figured out a way to construct a DNA material capable of metabolism — that’s to say, it contains some of the properties of life. There’s a lot of trippy stuff going on in this week’s coolest scientific discoveries, but here’s the bottom line: It’s aliiiiiiiiiiiiive!

Jurassic World: The Foal Of Man


What is it? Scientists working in Siberia have extracted blood from a 42,000-year-old foal they found buried in the permafrost — and they’re using that blood to try to clone the extinct creature.

Why does it matter? The plan is to breed the creatures on a remote island that the enigmatic leader of the organization thinks will make a really cool theme park, only one day there’s this terrible storm — see, the power goes out and what seemed to be a foolproof security system fails, allowing the feral animals, after 400 centuries of stony sleep, to escape their paddocks and ... wait, that’s not it. Actually, the foal is remarkable because it’s the “best-preserved Ice Age animal ever found in the world,” according to Semyon Grigoryev, head of the Mammoth Museum in Yakutsk, Siberia. And attempts to clone it could foreshadow similar endeavors with other extinct animals, namely the woolly mammoth.

How does it work? The condition of the male foal, from the bygone Lenskaya breed of horses, is striking: Its internal organs were preserved, much of its hair was intact and its muscles had retained their reddish-brown color. A collaboration of scientists from a Yakutsk university and a South Korean biotech lab say that their work toward cloning it is “so advanced,” according to the Siberian Times, that they’re “reportedly choosing a mother for the historic role of giving birth to the comeback species.”

Have A 3D-Printed Heart


What is it? For the first time, researchers at Tel Aviv University have 3D-printed a heart, using cells and other biological materials from a human patient as their basis.

Why does it matter? There’s a persistent shortage of donors for people needing heart transplants; meanwhile, heart disease is the leading cause of death in the U.S. It sure would be easier if doctors could just 3D-print hearts to order when they need to replace bum ones, and using a heart patient’s own biological materials helps eliminate the risk that the body would reject the new organ. The first heart the Tel Aviv scientists turned out is only the size of a rabbit’s, but it still marks a big jump forward. Tal Dvir, who led the study, said, “This is the first time anyone anywhere has successfully engineered and printed an entire heart replete with cells, blood vessels, ventricles and chambers.”

How does it work? Doctors took a sample of fatty tissue from patients, then separated out the cellular materials from the acellular materials, which included building materials like collagen and glycoproteins. They reprogrammed the cellular parts to become pluripotent stem cells — undifferentiated cells that can develop into any kind of cells in the body. They turned the acellular stuff into a “personalized hydrogel” that was essentially the “ink” used in the 3D-printing process.


A Material That Metabolizes


What is it? At Cornell, researchers have created a DNA material “with the capabilities of metabolism, in addition to self-assembly and organization — three key traits of life,” according to a release from the university.

Why does it matter? “We are introducing a brand-new, lifelike material concept powered by its very own artificial metabolism,” said Dan Luo, Cornell professor of biological and environmental engineering. “We are not making something that’s alive, but we are creating materials that are much more lifelike than have ever been seen before.” Luo’s colleague Shogo Hamada added, “The designs are still primitive, but they showed a new route to create dynamic machines from biomolecules. We are at a first step of building lifelike robots by artificial metabolism. Even from a simple design, we were able to create sophisticated behaviors like racing. Artificial metabolism could open a new frontier in robotics.” The team described their findings in Science Robotics.

How does it work? Any living system needs a way to manage its own changes — to create new cells while disposing of old cells in a sort of equilibrium. The Cornell engineers created a system whereby a microfluidic device provided a “liquid flow of energy” over DNA cells, encouraging them to synthesize new strands on the front end, while cells degraded on the back end “in optimized balance: In this way, it made its own locomotion, creeping forward, against the flow, in a way similar to how slime molds move.” The team is moving on to try to get the material to recognize things like light or food sources, moving toward or away from stimuli depending on whether they’re useful or harmful.

Fighting Malaria On The Ground 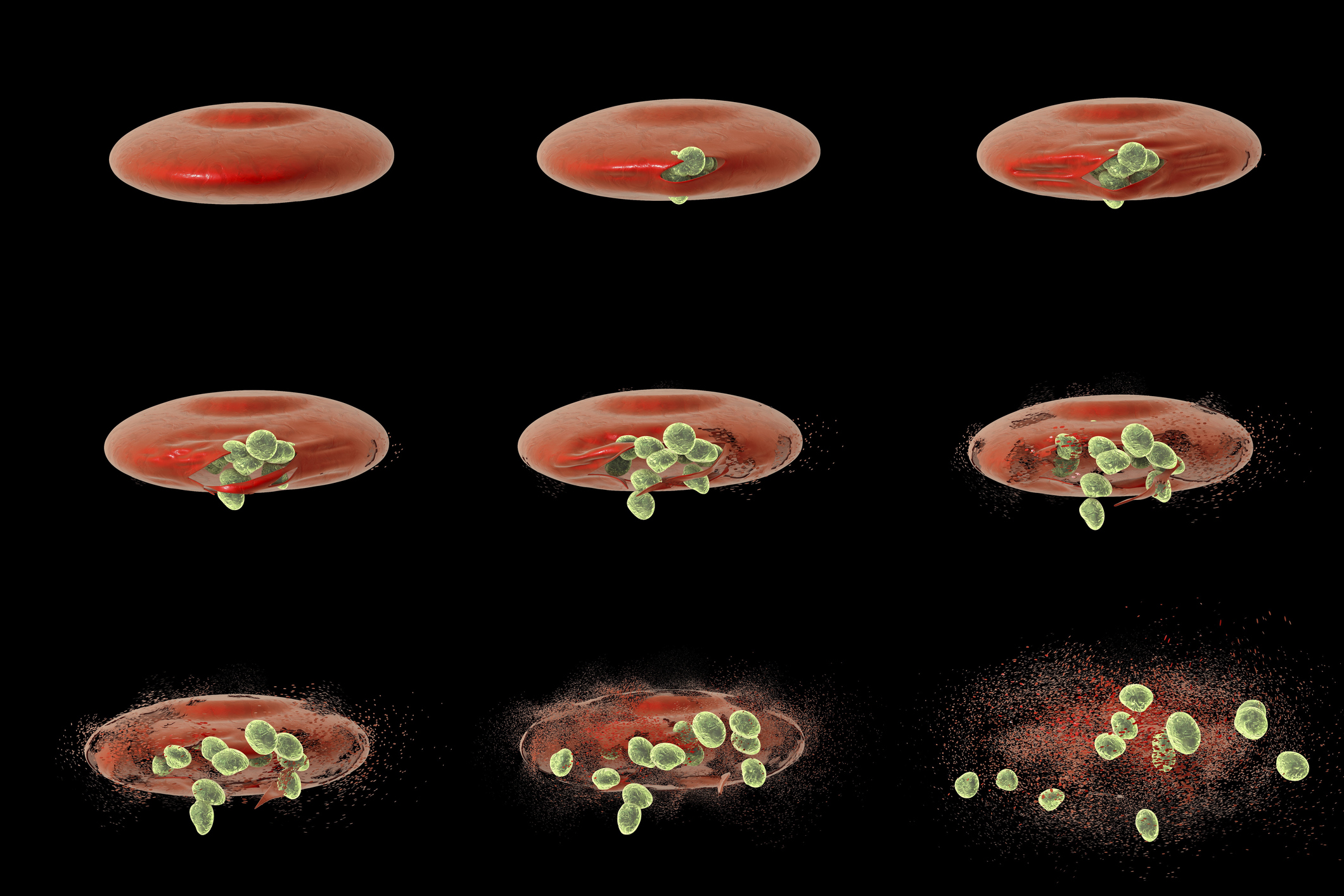 Computer illustration showing different stages of release of malaria merozoites from a red blood cell. Malaria is caused by Plasmodium sp. parasitic protozoans transmitted by female Anopheles sp. mosquitos. When the mosquito bites a person, sporozoites in the mosquitos saliva enter the bloodstream and migrate to the liver, where they infect the cells and multiply into merozoites, which rupture the liver cells and escape back into the bloodstream. The merozoites then infect red blood cells, where they reproduce asexually, periodically breaking out of their hosts (shown here) to invade fresh red blood cells. Sexual forms called gametocytes are also produced, which, if taken up by a mosquito, will infect the insect and continue the life-cycle. Caption and image credit: Getty Images.


What is it? A malaria vaccine that can confer up to 100% protection will be tested for the first time in a large clinical trial on Bioko, an island off Equatorial Guinea, starting in early 2020.

Why does it matter? The World Health Organization reports that there were 217 million cases of malaria worldwide in 2017, including 435,000 deaths, with cases largely concentrated in 11 countries that suffer 70% of the world’s malaria burden. Ten of those are in Africa. (India is the 11th.) The Bioko vaccine has been tested in the lab, but it’s the first large-scale trial in a malaria-vulnerable region. It comes as the prevalence of malaria on Bioko is already declining, due to conventional methods like greater insecticide use. Stefan Kappe, an immunologist at Seattle Children’s Hospital, said, “This trial will be answering several questions for the first time, including whether a vaccine can completely eliminate malaria from this island environment.”

How does it work? The vaccine is “unique,” according to an article in Nature, in that it contains “whole parasites as its ingredient” to inoculate recipients against the disease, which is spread by mosquitoes and caused by the parasite Plasmodium falciparum. If all goes well with the initial 2,100 people participating in the trial, vaccine developer Sanaria plans to scale up to 10,000; and if that goes well, it’ll be expanded to the entire island. 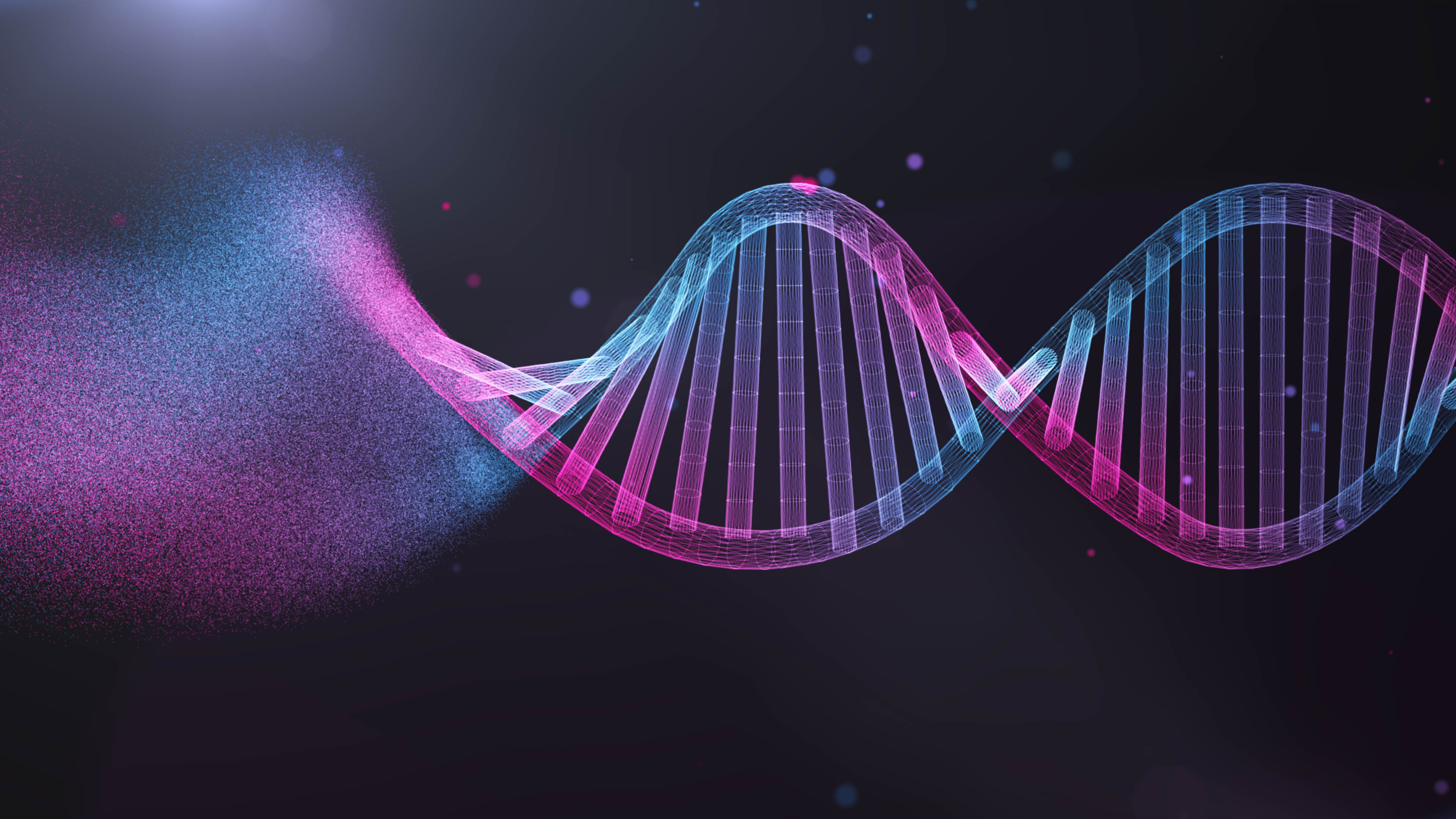 The University of Washington’s School of Medicine received $45 million from the Audacious Project to "unlock transformative advances" in bioengineering. Image credit: Getty Images.


What is it? The Institute for Protein Design at the University of Washington’s School of Medicine just received a large pile of money — $45 million — from The Audacious Project, a philanthropic initiative looking to fund “big ideas.” According to UW President Ana Mari Cauce, the grant “has the potential to unlock transformative advances in protein design with enormous possibilities for improving population health and healthcare here and around the world, and for advancing the realm of manufacturing.”

Why does it matter? It’s natural that The Audacious Project would be drawn to the IPD because its scientists are already thinking very big. Averring that we’re on the verge of a “protein design revolution,” they’re studying synthetic proteins with five ambitious goals in mind: creating better vaccines against pathogens like the flu; “expanding beyond nature’s alphabet of 20 amino acids”; enabling more effective drug delivery via advanced protein containers; designing “smart” protein systems that can suss out diseases like cancer; and making “next-generation nanomaterials” that can be used in technology like solar capture. That’s quite a laundry list.

How does it work? The IPD is consciously modeling itself after Bell Labs, the famous 20th-century “idea factory” that brought together thousands of scientists who churned out some of the greatest technological hits of recent memory: Bell researchers created the transistor, discovered cosmic microwave background radiation, and designed the world’s first satellite communication system. Similarly, the IDP aims to foster an “open, collaborative environment” in which scientists can advance research into synthetic proteins.