If you can manage to ignore that small robotic cheetah nipping at your heels, this week’s coolest scientific discoveries represent a lot of happy news, including a highly promising advance in HIV treatment, a futuristic house that generates more electricity than it consumes, and a better way to detect tiny tumors. And — OK — the cheetah is pretty cool too.

One Giant Leap For HIV Research 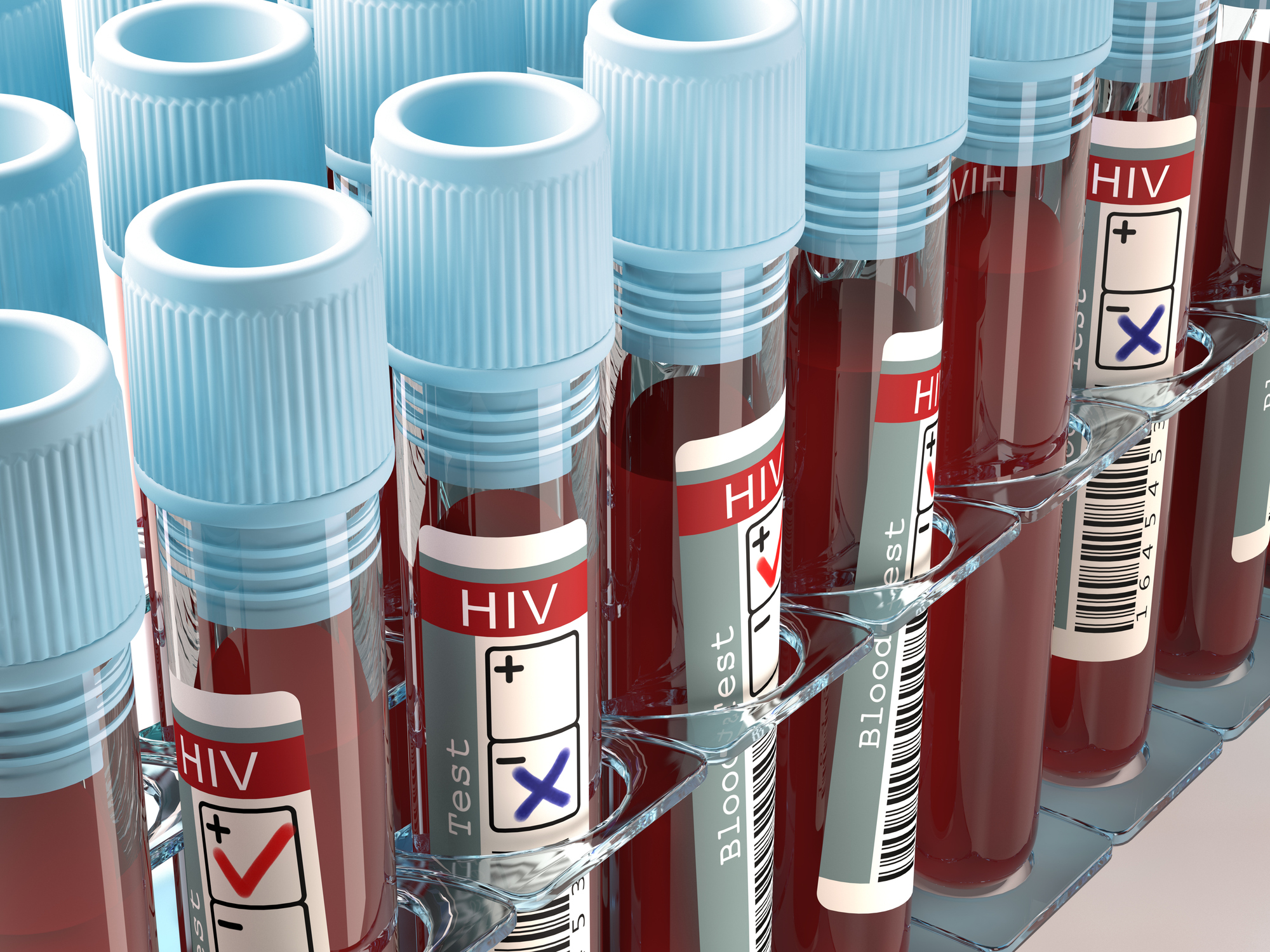 Doctors announced that a patient in London seems to be free of the HIV virus following a bone marrow transplant, 12 years after a similar course of treatment seemed to do the trick on another HIV patient. Image credit: Getty Images.


What is it? The decades-old search for a cure for HIV hit a big milestone this week when doctors announced that a patient in London seems to be free of the virus following a bone marrow transplant, 12 years after a similar course of treatment seemed to do the trick on another HIV patient. News of a third possible instance of someone “cured” of HIV — though it’s too soon to use the word for sure — followed on the heels of the second.

Why does it matter? Since 2007 researchers have been trying to replicate the success of the “Berlin patient,” a man with HIV who’d also been diagnosed with leukemia. For the latter condition, the patient received a bone marrow transplant, which replaced his blood cells with versions that were also genetically resistant to HIV. His cancer went into remission and so, seemingly, did his HIV. The second patient was also diagnosed with cancer and received a similar course of treatment. He stopped taking antiretroviral drugs in September 2017 and the virus hasn’t returned. Bone marrow transplants are no small medical procedure, of course, and this procedure can’t be used on people who don’t have cancer, but it may point the way toward future gene therapies to cure HIV patients.

How does it work? In both cases, the patients had blood cancer that necessitated a bone marrow transplant. But since the men also had HIV, doctors chose to transplant stem cells from donors who also had a mutation in the CCR5 gene that makes people resistant to HIV infection. The earlier patient was also given a round of immunosuppressive drugs so harsh that it almost killed him; in the newer case, doctors learned that they could ease off that regimen and still achieve good results. Ravindra Gupta, the University College London virologist who led the research, told the New York Times, “I think this does change the game a little bit. Everybody believed after the Berlin patient that you needed to nearly die basically to cure HIV, but now maybe you don’t.” Gupta et al published their findings in Nature.


What is it? As we’ve reported previously, MIT spinoff Boston Dynamics is working on a robot named Atlas that can perform backflips, do parkour, get hit by a pipe and get back up again — basically everything a resilient robot needs when the machines rise up and do battle against their human creators. Now researchers at MIT have designed a machine that could be Atlas’ best friend: a 20-pound “mini cheetah” that can right itself when knocked over “with a swift, kung-fu-like swing of its elbows” and perform a 360-degree backflip from a standing position. Oh, and also it can walk faster than people do over uneven terrain, and it’s “virtually indestructible.” Just terrific.

Why does it matter? The machine is lightweight and low-cost, and the MIT researchers are making several sets of the cheetah to loan out to other labs, in hopes of investigating what sorts of (hopefully nondystopian) applications the technology could have. Benjamin Katz, of MIT’s department of mechanical engineering, said, “A big part of why we built this robot is that it makes it so easy to experiment and just try crazy things, because the robot is super robust and doesn’t break easily, and if it does break, it’s easy and not very expensive to fix.”

How does it work? Its motions are directed by algorithm — part of the point of sharing the technology is seeing what kinds of computer code other teams can come up with, and what they can direct the machine to do — and the bot’s legs are each powered by three cheap, off-the-shelf motors, similar to those that power drones and remote-controlled planes, that can be easily replaced if they stop working. According to MIT, “The lightweight, high-torque, low-inertia design enables the robot to execute fast, dynamic maneuvers and make high-force impacts on the ground without breaking gearboxes or limbs.” 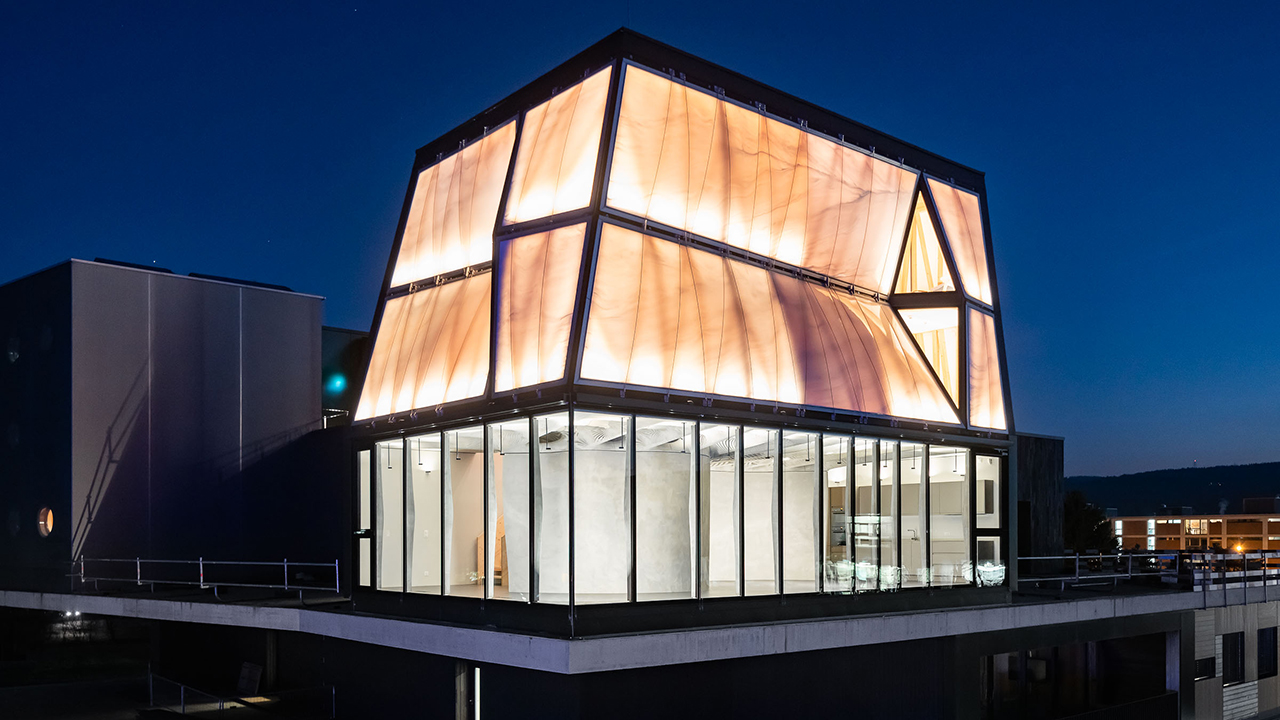 Both inside and out, the house is packed with technologies that may characterize life in the future. Image credit: DFAB House.


What is it? In the robotic future, maybe those little robotic four-legged companions will be able to enter robotic dog doors in houses designed and built by robots. At least that’s the possibility presented by the newly opened DFAB House in Zurich, Switzerland, described as “the world’s first inhabited ‘house’ that was not only digitally planned, but also — with the help of robots and 3D printers — built largely digitally.”

Why does it matter? Both inside and out, the house is packed with technologies that may characterize life in the future: It’s highly “smart,” for instance, with window blinds and tea kettles that respond to voice commands. It’s powered by photovoltaic cells that generate more energy than the house itself consumes. And the use of digital building technologies and 3D printing meant that the house’s structure could be arranged in a complex geometry that required fewer, and lighter, building materials. You’ve gotta check out the pictures.

How does it work? The three-story structure was developed by researchers from ETH Zurich in collaboration with planners and building professionals, and was installed on the campus of the materials research institute EMPA. EMPA’s CEO, Gian-Luca Bone, said, “In implementing a construction project like DFAB House, traditional construction methods meet new concepts of the digital world. The path from the digital drawing board to an actual building has challenged both scientists and experts from industry. Through a constructive dialogue, something truly visionary can now be put into practice; hopefully it will soon be used broadly in the construction industry.”


What is it? A smart house could probably benefit from some new smart windows developed by researchers at the University of Nevada in Reno, which can turn quickly from clear to tinted and back again.

Why does it matter? Windows that change shades exist, but they respond slowly, and in their clear form tend to retain a blue-ish cast. These new smart windows change on command, blocking 94 percent of light in the span of a minute. That could help homeowners and other building operators save on energy bills by cutting down on lighting, heating and AC costs.

How does it work? According to an article in Nature, the smart window “has layers of nickel oxide, lithium ions and electrolyte gel coating the inside of the pane. When a current is applied to these layers, the nickel oxide, acting as an electrode, soaks up the lithium ions and turns opaque. The current also prompts the electrolyte ions to form deposits on another window coating that serves as a second electrode. This blocks more light.” The team delves further into the tech in Nature Energy.

I Sing The Body Near-Infrared 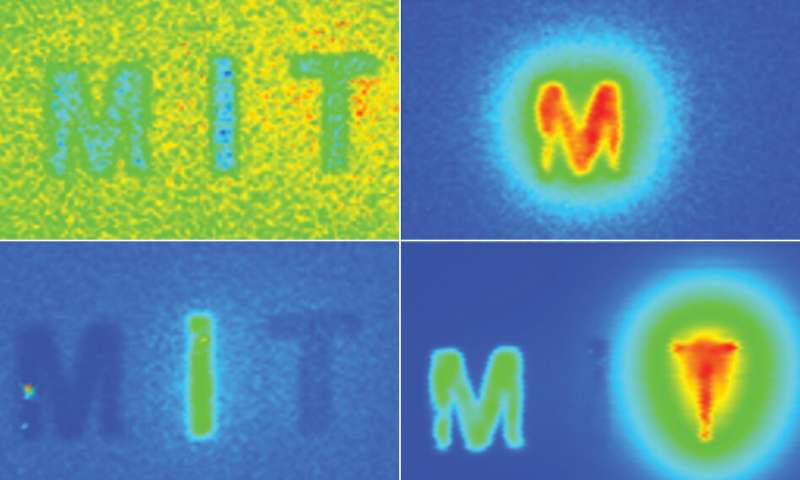 MIT researchers have devised a way to simultaneously image in multiple wavelengths of near-infrared light, allowing them to determine the depth of particles emitting different wavelengths. Image and caption credits: MIT/The researchers.


What is it? Researchers at MIT have developed an imaging system that can detect very tiny tumors — “as small as a couple of hundred cells” — inside the body.

Why does it matter? Some cancers, like ovarian cancer, are difficult to detect until they get into later stages — when they’re also much more difficult to treat. And current technology for tumor imaging requires a tradeoff between resolution and imaging depth: Scans like traditional CT and MRI can see through the whole body, but their resolution is such that they can’t reliably image tumors until they’ve grown to 1 centimeter or more. Under the direction of materials scientist and biological engineer Angela Belcher, the MIT team “wanted to develop technology that could image very small groups of cells deep within tissue and do so without any kind of radioactive labeling.”

How does it work? By relying on near-infrared light, whose shorter wavelengths don’t scatter as much when they hit objects, and accordingly are able to penetrate deeper into tissue. The researchers developed a system called DOLPHIN, which stands for “Detection of Optically Luminescent Probes using Hyperspectral and diffuse Imaging in Near-infrared,” explained at further length in the journal Scientific Reports.