Researchers created an impossibly intricate map of the heart, engineers used a cool new technology to create a fisheye camera lens that’s totally flat and scientists came up with a “Trojan horse” method for killing cancer cells. But other than that, there are no tricks in this week’s coolest scientific discoveries — only treats.

Journey to the Center of the Heart 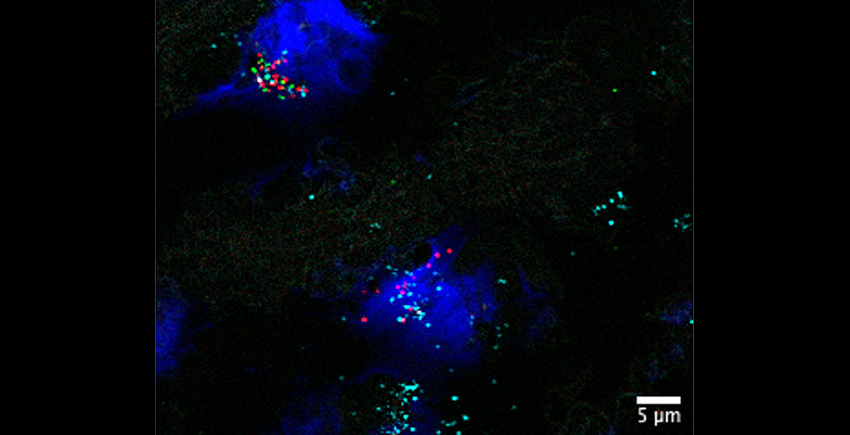 What is it? An international team of researchers created “the most extensive cell atlas to date of the human heart,” which provides closeup views of the organ’s constituent parts — including muscle types, immune cells and blood vessels — and of how cells communicate with one another.

Why does it matter? The project is part of the Human Cell Atlas, which aims to create “comprehensive reference maps of all human cells” in order to help doctors understand, diagnose and treat disease. Christine Seidman, a professor of medicine at Harvard Medical School and senior co-author of a new paper in Nature, said, “Millions of people are undergoing treatments for cardiovascular diseases” — the leading cause of death worldwide. “Understanding the healthy heart will help us understand interactions between cell types and cell states that can allow lifelong function and how these differ in diseases.”

How does it work? The team used a variety of techniques, including machine learning and image analysis, to study nearly half a million individual cells and cell nuclei from 14 organ donors, seeing “exactly which genes were switched on or off in each cell,” according to a release from Harvard Medical School. Another senior co-author of the study, Michela Noseda of Imperial College London said, “Our data sets are a gold mine of information to understand subtleties of heart disease.” 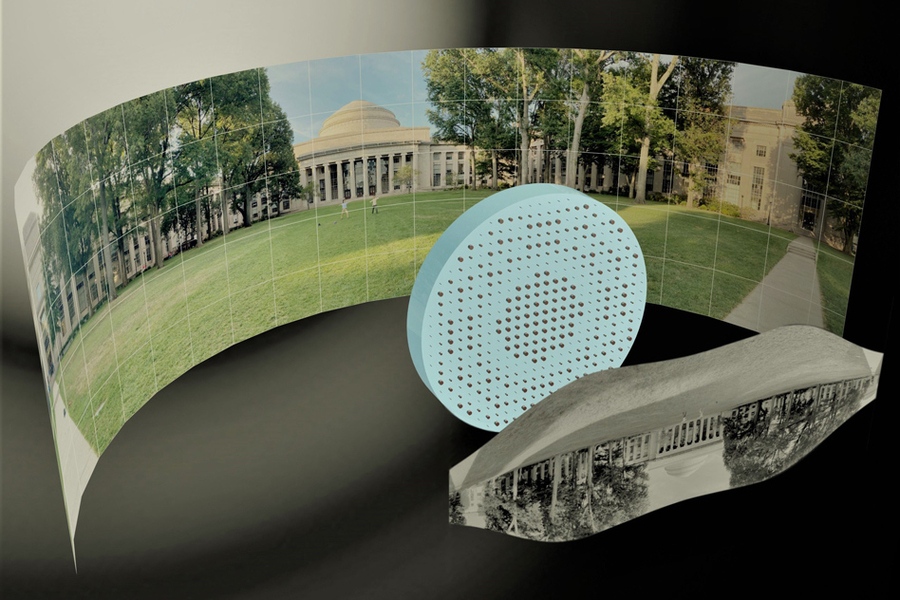 What is it? Engineers at Massachusetts Institute of Technology and the University of Massachusetts at Lowell created a fisheye lens — a camera lens capable of taking ultra-wide-angled pictures — that’s completely flat. In other words, there’s nothing fishy about it.

Why does it matter? Fisheye lenses, which enable photographers to capture wide-angle shots, take their name from the fact that they’re commonly curved, like a fish’s eye — which can make them bulky as well as expensive. The new lens, while flat, can still yield nearly 180-degree images, and could someday let smartphone users take wide-angle shots, for instance, without a special attachment. It could also find uses in virtual reality and medical imaging technologies.

How does it work? The lens is actually a metalens, as seen recently on GE Reports — a single piece of glass whose surface has been designed with microscopic features that scatter incoming light just so. Right now the technology works only on the infrared spectrum, but researchers say it can be adapted for visible light. Juejun Hu, a materials science and engineering professor at MIT and co-author of a new paper in Nano Letters, said, “This design comes as somewhat of a surprise, because some have thought it would be impossible to make a metalens with an ultra-wide-field view. The fact that this can actually realize fisheye images is completely outside expectation. This isn’t just light-bending — it’s mind-bending.”

What is it? Scientists at Singapore’s Nanyang Technological University (NTU Singapore) designed a “Trojan horse” approach to destroying cancer cells.

Why does it matter? The drug-free method relies on an anti-cancer therapeutic nanoparticle, potentially helping it get around one challenge of conventional treatments such as chemotherapy, which is that cancer cells can develop a resistance to chemo drugs. When they tested the nanoparticle in mice, the researchers found it to be about 80% effective against breast, skin and gastric cancer cells — roughly comparable to conventional chemo treatments.

How does it work? Cancer cells need amino acids to grow, including L-phenylalanine, an essential amino acid that comes from protein-rich foods. The scientists thought they could exploit cancer’s dependency on the amino acid by using it to coat the nanoparticle, which itself is 30,000 times smaller than a piece of human hair. Materials science and engineering professor Dalton Tay, co-author of a new paper in the journal Small (PDF), said, “The amino acid L-phenylalanine acts as a ‘Trojan horse’ — a cloak to mask the nanotherapeutic on the inside.” Once it gets into cancer cells, the nanoparticle causes them to self-destruct.

What is it? Researchers at Tohoku University in Japan discovered a new superelastic alloy that can withstand extremely high and low temperatures.

Why does it matter? “Shape memory alloys” are a class of materials that can recover their original shape after being put under strain — but that trick generally only works in a limited temperature range. The newly discovered iron-based material, which has a much greater range, could be used to, for instance, make buildings and bridges more resilient to earthquakes. But why stop there? Because of its tolerance at extreme temps, the material could also be useful for vehicles exploring outer space, a place characterized by extremes of temperature.

How does it work? Previous superelastic alloys, such as one made from nickel and titanium, can’t be used at temperatures below -20 degrees Celsius or above 80 degrees Celsius, and can be expensive to make. The new iron-based SEA, known as Fe-Mn-Al-Cr-Ni, not only has a wider range; its temperature range is also “controllable” based on the amount of chromium in it. And it’s more cost-effective. The findings are described further in Science.

Waste Not, Want Not

What is it? Engineers at Australia’s RMIT University devised a way to get hydrogen out of what a university news release gingerly describes as “one of humanity’s unlimited resources”: sewage.

Why does it matter? The wastewater treatment process typically yields two byproducts: biosolids and biogas. While a good amount of biosolids can be repurposed as fertilizer, around 30% of the world’s output typically ends up in landfills — so there’s a need for an environmentally friendly use for all that waste. There’s also a need for hydrogen, a zero-emission fuel whose production is typically cost- and emissions-intensive. Lead researcher Kalpit Shah said, “By harnessing the power of biosolids to produce a fully clean fuel from biogas — while simultaneously preventing greenhouse gas emissions — we can deliver a true environmental and economic win.”

How does it work? In the new method, the biosolids that come from wastewater are converted to biochar — essentially a carbon-rich charcoal with heavy metals, which act as a catalyst for a chemical reaction that produces hydrogen from biogas. The biochar decomposes biogas into its constituent elements, hydrogen and carbon, with another bonus being that the process traps in the form of nanoparticle carbon that might otherwise be emitted into the atmosphere. The method is described further in the International Journal of Hydrogen Energy.