When This 3,000-Year-Old Mummy Finally Got Her Checkup, Doctors Discovered A Surprising Secret

In 1909, a New York businessman named Samuel Brown traveled to Egypt to purchase a pair of ancient mummies for the Albany Institute of History and Art, where he served as a board member. Brown and generations of subsequent researchers believed that he brought home a female mummy dating from the 21st Dynasty and a male one from the Ptolemaic period.

But when Emory University Egyptologist Peter Lacovara visited the institute in the early 2000s, he felt that the female mummy wasn’t in the coffin in which she was originally buried. Maybe it wasn’t a mummy of a woman at all.

Lacovara knew that other museums have made errors in “sexing mummies,” so he proposed to scan the remains on GE computed tomography (CT) and X-ray equipment at the Albany Medical Center.

The tests confirmed his hunch. The 3,000-year-old mummy of a “woman” had a male pelvis and a man’s thicker and angular bones. The team also noticed that the upper right side of the mummy’s body “was decidedly more muscular.”

This fact, combined with markings on the coffin, led the researchers to conclude that the mummy was Ankhefenmut, a priest and sculptor at the Temple of Mut near Luxor, who lived between the years 1069 and 945 BCE.

Such are the marvels of modern medical technology that the scans yielded other treasures. The researchers found that the mummy’s bones were “well-mineralized, solid and uniform,” indicating that Ankhefenmut’s diet “contained adequate protein and calcium.” And “his dentition was exceptional, with no cavities or loss of teeth.” He was about 50 when he died.

In 2013 the Albany Institute invited Lacovara to curate an exhibit that corrected the story of its mummies. The show, “GE Presents: The Mystery of the Albany Mummies,” opened a year later.

This wasn’t the first time GE medical technology helped historians explore the past. In 2011, anthropologists from the Milwaukee Public Museum scanned mummies from Peru and Egypt, including the head of an Egyptian man named Djedhor.

Djedhor was first scanned in 1986. But in 2006 a newer technology revealed a hole in his skull, which led anthropologists to conclude that he had undergone a primitive form of brain surgery.

“We’ve been doing this for 25 years with GE,” said Carter Lupton, the Milwaukee museum’s head of anthropology. “Every time we’ve come out, it’s a different generation of technology, better imaging, better information, better ways, and it’s faster too.”

GE has been helping historians scan and identify mummies since 1939. back then, GE medical scanners produced X-ray images of mummies for the New York World’s Fair (above). Image courtesy of the New York Public Library. 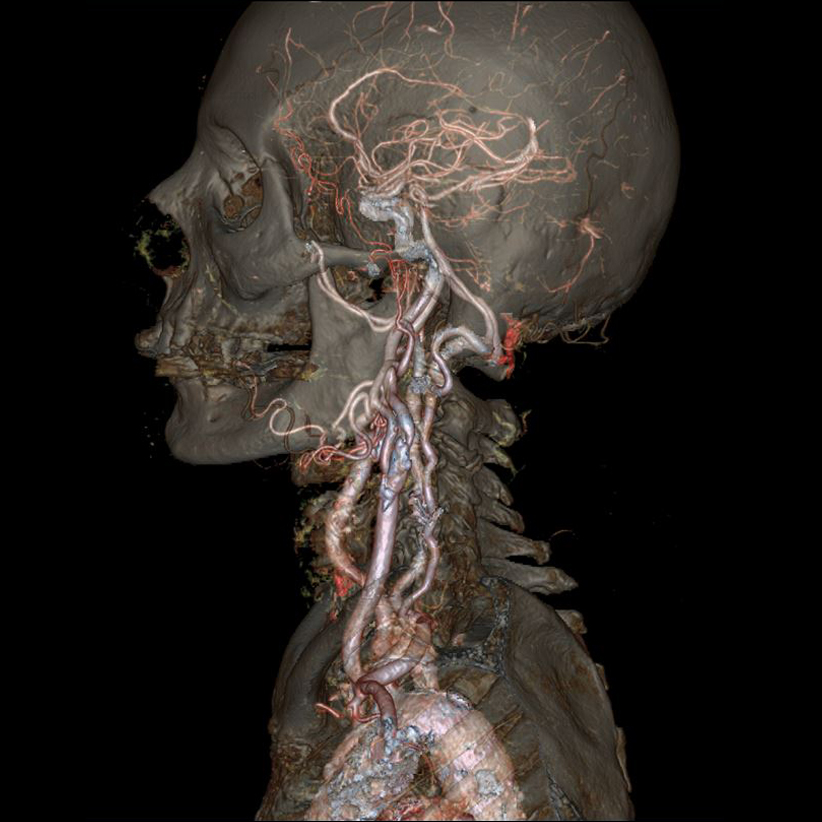