1,093 Light Bulb Moments: The Many Inventions From The Wizard of Menlo Park

Not every Thomas Edison invention turned to gold. In 1893, after he sold his stake in General Electric, Edison invested the money in an enterprise designed to supply iron ore to U.S. steelmakers. As usual, paying attention to every detail, he “designed his own studded crushers that enabled the use of larger boulders lifted by the world’s largest steam shovel,” according to InSight, a magazine published by the Institute of Electrical and Electronics Engineers. By 1902, the venture was a bust. “Well, it’s all gone, but we had a hell of good time spending it,” Edison reportedly quipped.

Thomas Edison is best-known as the inventor of the modern light bulb, and many also know that he co-founded GE in 1892 when he merged his company, Edison General Electric Company, with Thomson-Houston Electric Company. Even though he could have held onto more money by maintaining a stake in GE, he used it to fund his passion for inventing. Edison churned out an astonishing 1,093 U.S. patents, enough to warrant the nickname for his Menlo Park lab: Invention Factory. Since 1983, the U.S. has honored Edison and other inventors on Edison’s birthday, Feb. 11.

Always seemingly ahead of his time, Edison was also experimenting with batteries for cars, submarines, and other technology. Here he poses with a Bailey Electric Car.  Image credit: Museum of Innovation and Science Schenectady.

Edison’s curiosity seemed to have no boundaries. It seems almost quaint to imagine that today’s immersive wide-screen blockbusters trace their roots to the Kinetograph, a motion picture camera that Edison invented in 1889. Always a believer in vertical integration, he also built a studio, Black Maria, to produce the films; he also created Edison Studios, which formally supervised and distributed close to 1,200 productions.

By this time, Edison had already created the phonograph, the 1877 invention that would earn him the moniker the Wizard of Menlo Park. Borrowing from the physics of the telegraph and the telephone, Edison’s invention exploited the ability of a simple grooved diaphragm to respond to sound vibrations. The key was to record these impressions on a tin foil wrapped around the diaphragm through the movement of a needle. Playback was achieved by tracing these steps in reverse. The first such recording in history? A memorable couplet from “Mary Had a Little Lamb,” recited by the wizard himself. The invention was even more remarkable given that Edison himself was mostly deaf. 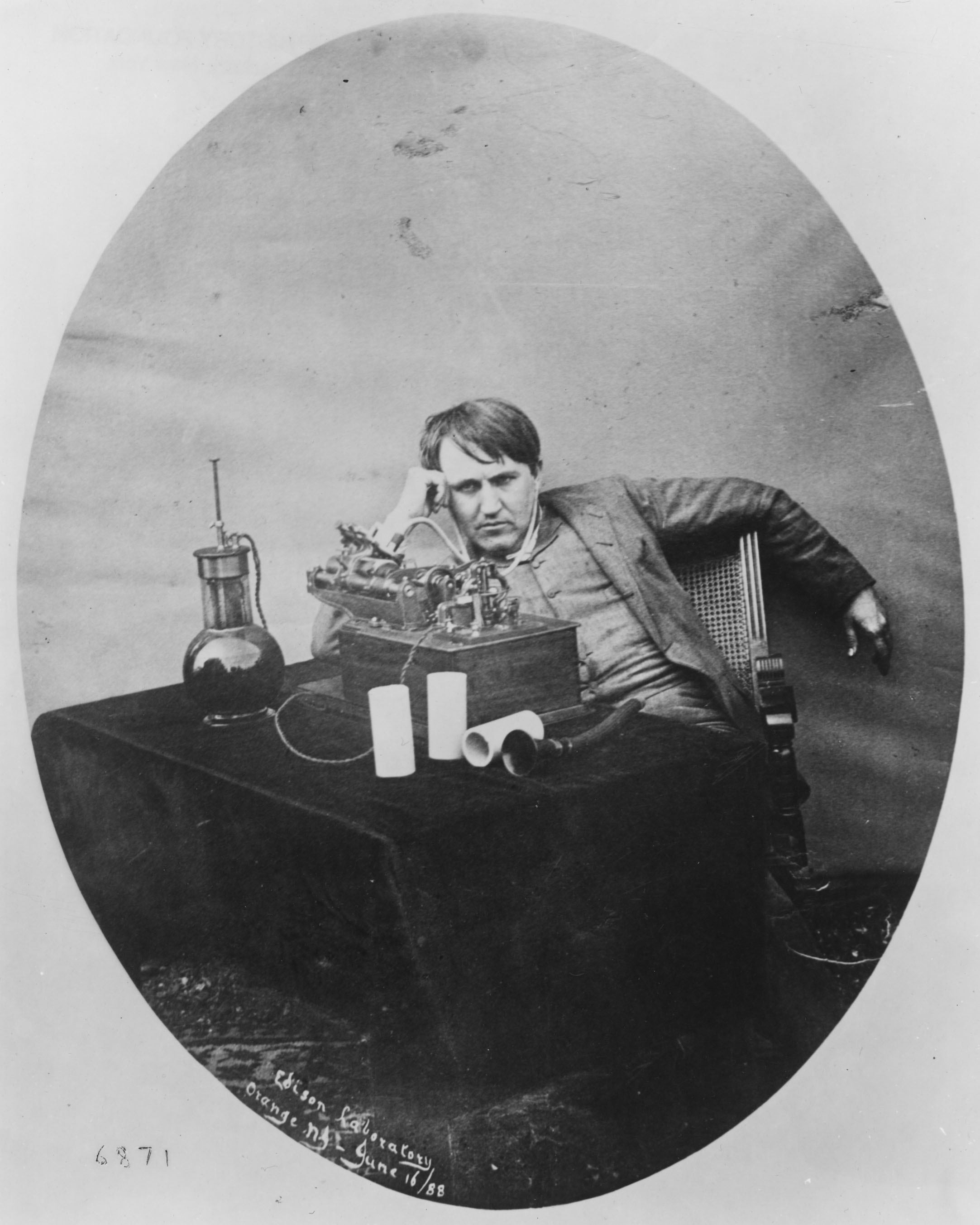 Always looking to push the envelope, Edison used his inventions as bases for further tinkering. Taking the phonograph a step further, he came up with talking dolls he called “little monsters,” which from all indications could give Chucky a run for his money. Edison’s doll, featuring a miniature phonograph within its tin body, started out fairly innocuously. When hand-cranked, the phonograph was to recite children’s nursery rhymes. The problem was that the machine also made creepy crackling and hissing sounds, enough to scare away the young customers it was meant to attract.

The litany of inventions also includes an electric pen, which Edison patented in 1871 — a year before the phonograph. Edison designed the device to automate the print duplication process that copy machines execute so skillfully today. A sharp vibrating needle traced the contours of written letters and essentially created a stencil for each page. Users would simply have to run ink over the stencil to duplicate the page over and over again. The invention did not translate well to its intended audience, though, and quickly sank into obsolescence. But the idea of using a vibrating needle to create patterns would later be inked into existence for a new kind of service: body tattoos. 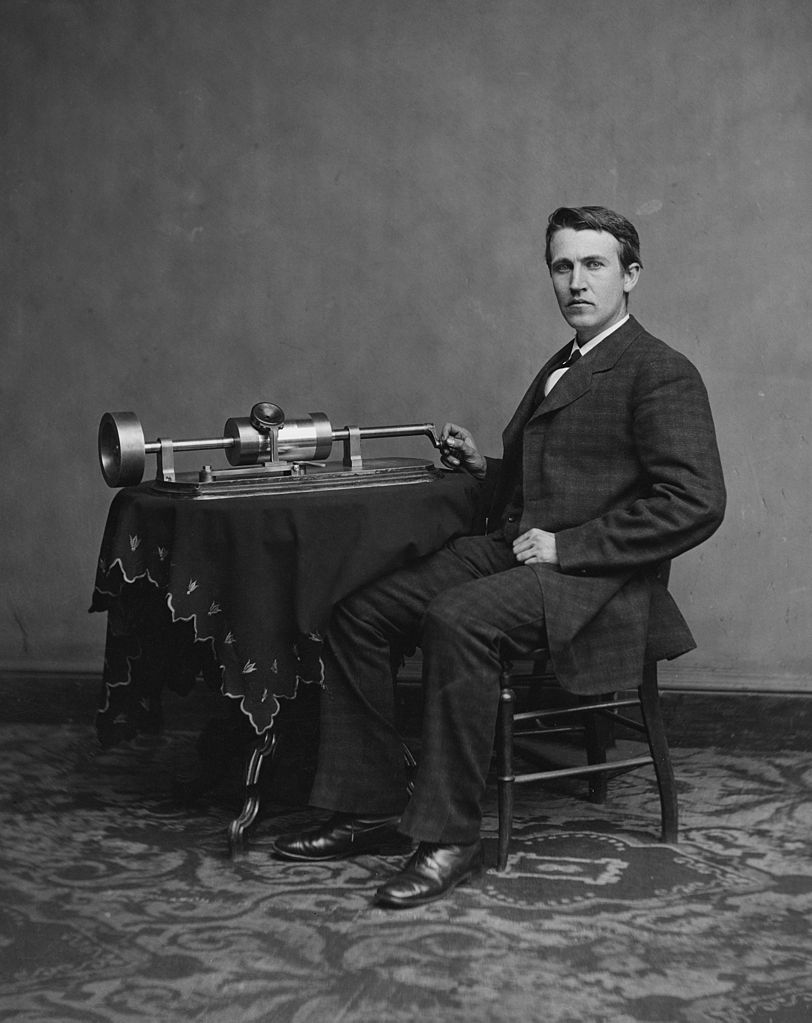 Glamorous or not, many of Edison’s inventions set the stage for revolutionary engineering advances implemented by the very company he co-founded: GE. The path to the modern light bulb wound its way through wafer-thin slices of bamboo. Exposing the pieces to intense heat vaporized the cellulose in the bamboo, leaving behind a carbon scaffolding. Edison used these carbon fibers as the basis for his experiments with the light bulb. While the 1,200 hours of performance that they delivered was impressive for its time, the more promising tungsten filaments soon elbowed their carbon brethren out of the picture.

Decades on, new avatars of the carbon filament are being pressed into service as jet engine components. GE replaced the metal fan blades of its most powerful jet engines with their carbon-fiber composite counterparts for lighter and therefore more fuel-efficient aircraft. Engineers are exploring more applications for this wonder material: as the building blocks for wind turbines, for instance, and for use in medical imaging machines.

The X-ray machine, too, can trace its origin to Edison’s inventive genius. GE co-founder Elihu Thomson rejiggered the Edison light bulb to emit X-rays. With it came the X-ray machine and a dramatic ability to peek inside the human body — a revolution in healthcare. 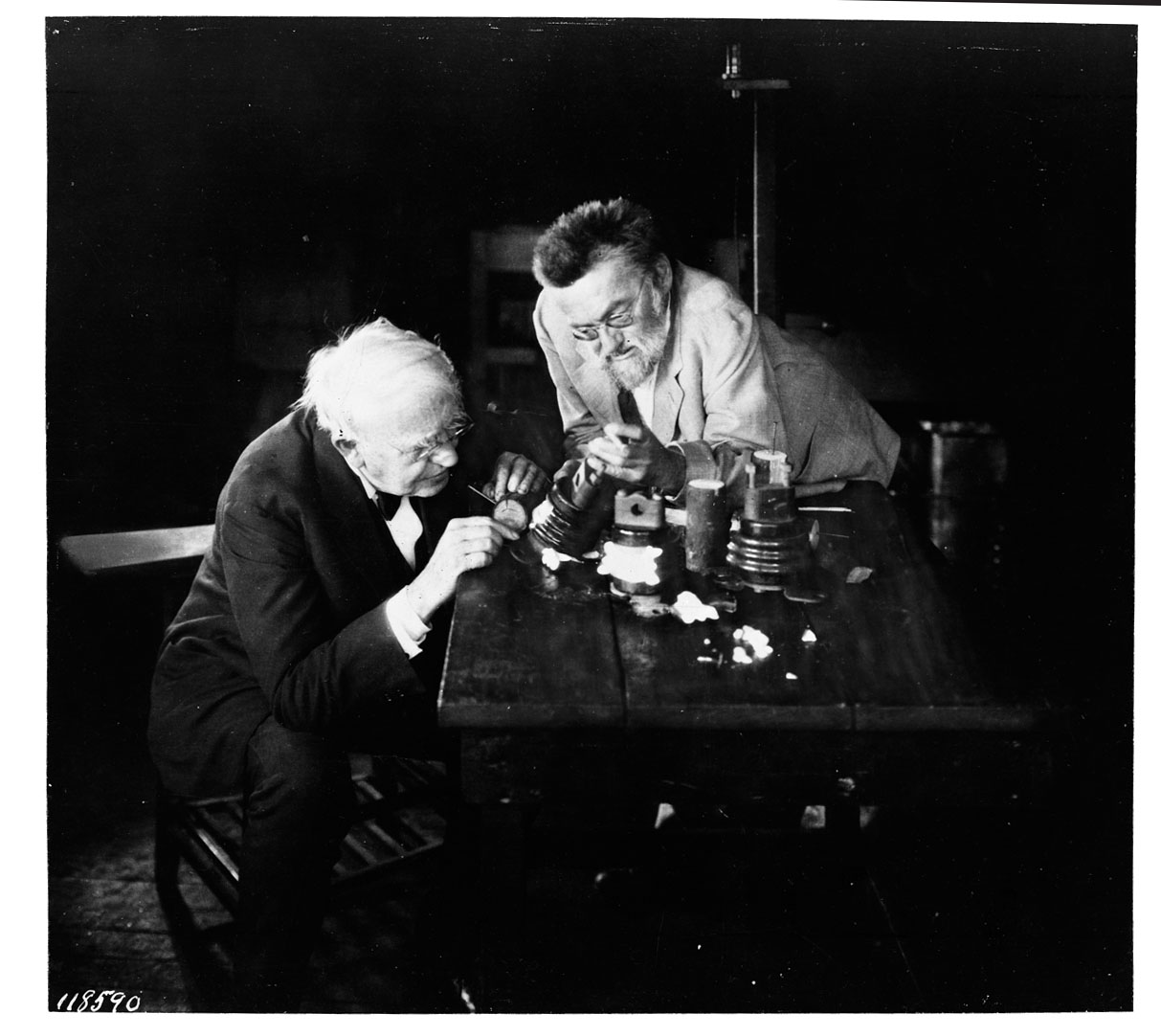 Now GE engineers are leveraging DC to create “electrical superhighways” to transport electrical current from, for instance, offshore wind farms. Because there’s less leakage from DC transmission methods, long underwater cables efficiently carry the current to converters that switch it back to AC and feed it into the grid.

Edison’s beloved DC lives on, and GE continues to build on Edison’s legacy. The inventor’s work in light — approximately a third of his U.S. patents were related to electricity and power — led to laser technology, the key to 3D printing, where laser is used to fuse metal powders into computer-designed shapes and patterns.

Thomas Edison’s first patent — at age 22 — went to the electrographic vote recorder, a device that used electric current as a way of quickly logging yes or no votes from legislators. While that won’t be seen in today’s Congress, other inventions — including his work with the telephone — are a testament to the enduring legacy of a rich and awe-inspiring life. It’s fodder enough for a wide-screen blockbuster in its own right. Or a bestseller: “Edison,” the final book by the late presidential biographer Edmund Morris, was published last fall.