NISKAYUNA, NY – June 23, 2021 – From conditioning the air you breathe on an airplane to keeping your car’s engine, computer, and other electronics cool, heat exchangers perform important functions and are ever-present in our daily lives.  For GE, these devices are critical to delivering large-scale power generation and jet propulsion for the world in the cleanest, most efficient ways possible.

Since the beginning of 2019, GE Research has been leading a $3.1 MM project through the Advanced Research Projects Agency’s (ARPA-E) High Intensity Thermal Exchange through Materials and Manufacturing Processes program (HITEMMP) to develop a high temperature, high pressure and super-compact heat exchanger that would enable cleaner, more efficient power generation in both existing and next generation power plant and jet engine platforms.  Being able to run power turbines and jet engines hotter translates into higher efficiency levels. 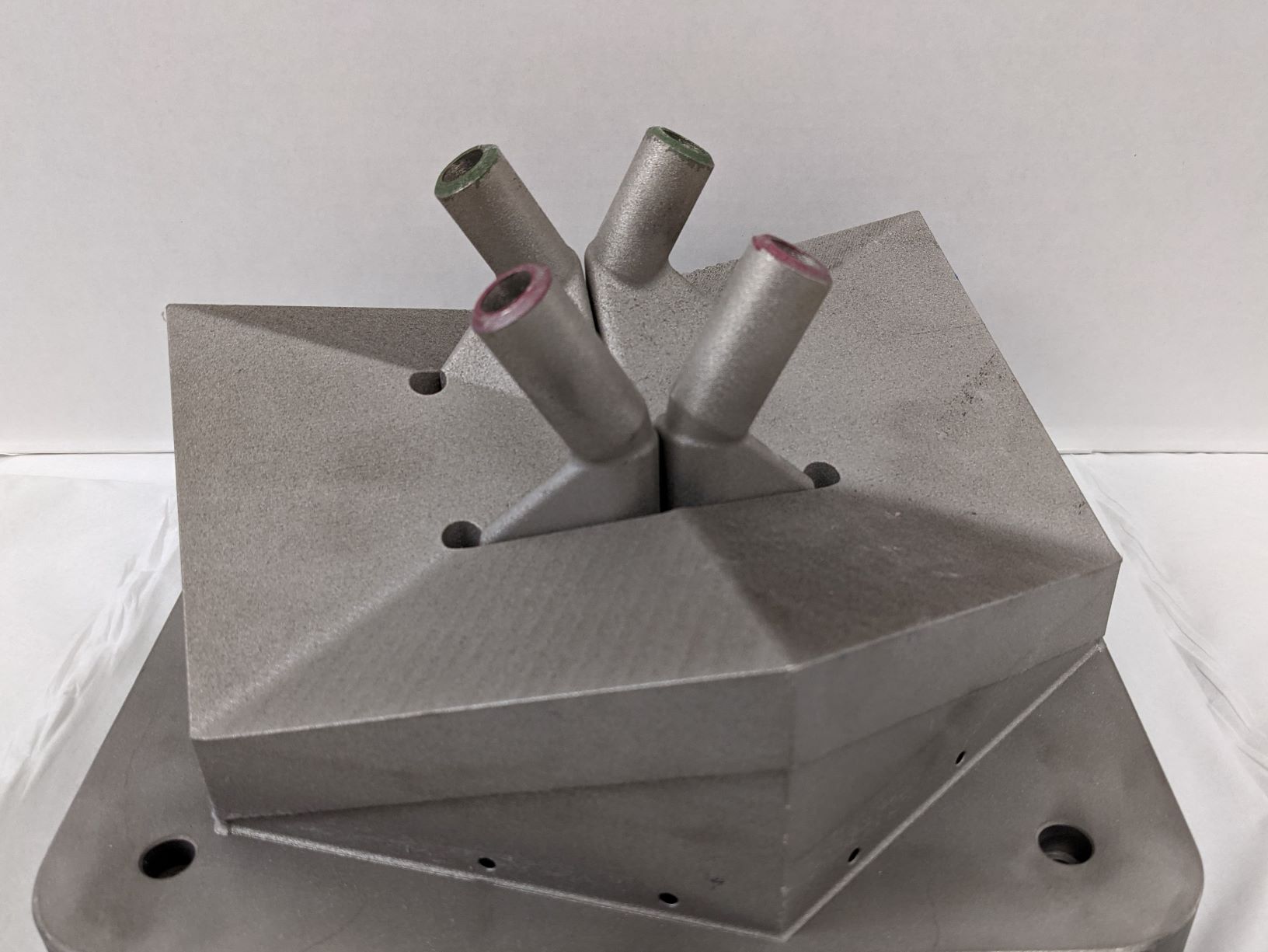 Caption: An image of the subscale 3D printed heat exchanger prototype that was successfully tested at temperatures close to 400°F higher than conventional devices.

GE Research’s interdisciplinary team, led by Lana Osusky, working with top experts from University of Maryland and Oak Ridge National Laboratory, have built and tested a subscale 3D printed heat exchanger at temperatures meeting the project’s goal of 900°C (1652°F) and achieving close to half the 250 bar (3626 psi) target pressure. This far exceeds today’s state-of-the-art devices by more than 200°C, or close to 400°F.

Lana Osusky, a Lead Engineer at GE Research, credits the new material and design breakthroughs enabled by additive manufacturing for raising the bar, stating, “The design freedom afforded by 3D printing processes and design tools is allowing us to more rapidly develop, build and test new heat exchanger designs that were previously not possible.”

After designing, simulating, building, and testing a series of subscale prototypes, Osusky said the team landed on a unique design resembling the fruit, grapes, which was able to handle the higher temperatures and pressure. They observed that a composition of a collection of thin-walled unit cells – shown in the video above-  resembled the fruit.

“We may not want to eat these grapes, but we still tasted victory when we completed this key milestone,” Osusky quipped.

GE Research is GE’s innovation powerhouse where research meets reality. We are a world-class team of 1,000+ scientific, engineering and marketing minds (500+ Ph. Ds), working at the intersection of physics and markets, physical and digital technologies, and across a broad set of industries to deliver world-changing innovations and capabilities for our customers.  To learn more, visit our website at https://www.ge.com/research/.

Acknowledgment: “The information, data, or work presented herein was funded in part by the Advanced Research Projects Agency-Energy (ARPA-E), U.S. Department of Energy, under Award Number DE-AR0001120. The views and opinions of authors expressed herein do not necessarily state or reflect those of the United States Government or any agency thereof.”