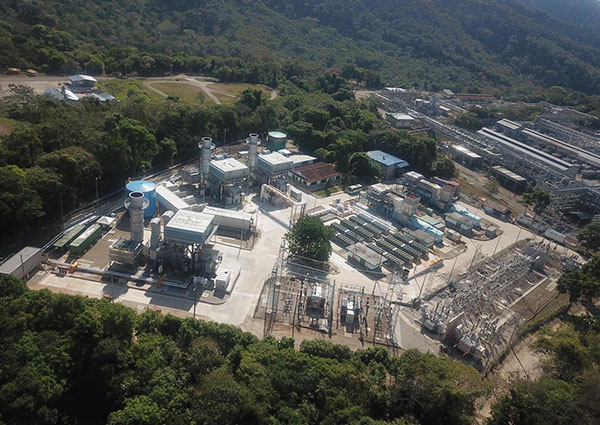 Around every four years El Niño causes the Pacific Jetstream to flow south of Colombia and spread east, diminishing rainfall. The resulting dry season disrupts the hydropower production that the nation relies on for 75% of its energy.

Termoyopal Power—a natural-gas-fired plant—produces 2% of Colombia’s power and 10% percent of its thermal power. With the eventuality of such little rain, Termoyopal Power Plant needed a flexible alternative to hydropower.

“We’re proud to support Termoyopal in their energy transition to increase electricity production capacity with more efficient gas technologies, and bring more reliable and flexible power to Colombia—especially when it is most needed,” said Eric Gray, CEO of GE Gas Power for the Americas.

This plant plays a crucial role in supporting the diversification of energy sources. Termoyopal power generation represents 2 percent of the national power, and 10 percent of our thermal power. This shows the relevance of Termoyopal plant and its impact on our energy system transformation.

Colombia aims for a modernized energy transformation. Its sustainability goals are to reduce greenhouse gas emissions by 51% by 2030 and to be carbon neutral by 2050.

Not only did the upgrade project create 700 local jobs, the resulting energy supply diversifies power generation and renewable growth in Colombia, reinforcing its ability to respond to severe weather events and a lower carbon future.

As the world’s largest manufacturer and supplier of gas turbine technology, GE offers a wide array of equipment options and models to meet your most challenging energy requirements. Discover the best solution to balance your global energy goals and your budget.

Explore GE Power's services & support for aeroderivative gas turbines. Keep your operation up and running at a proven 99% rate of reliability.

Want to learn more about GE’s LM6000 gas turbines for your power plant?